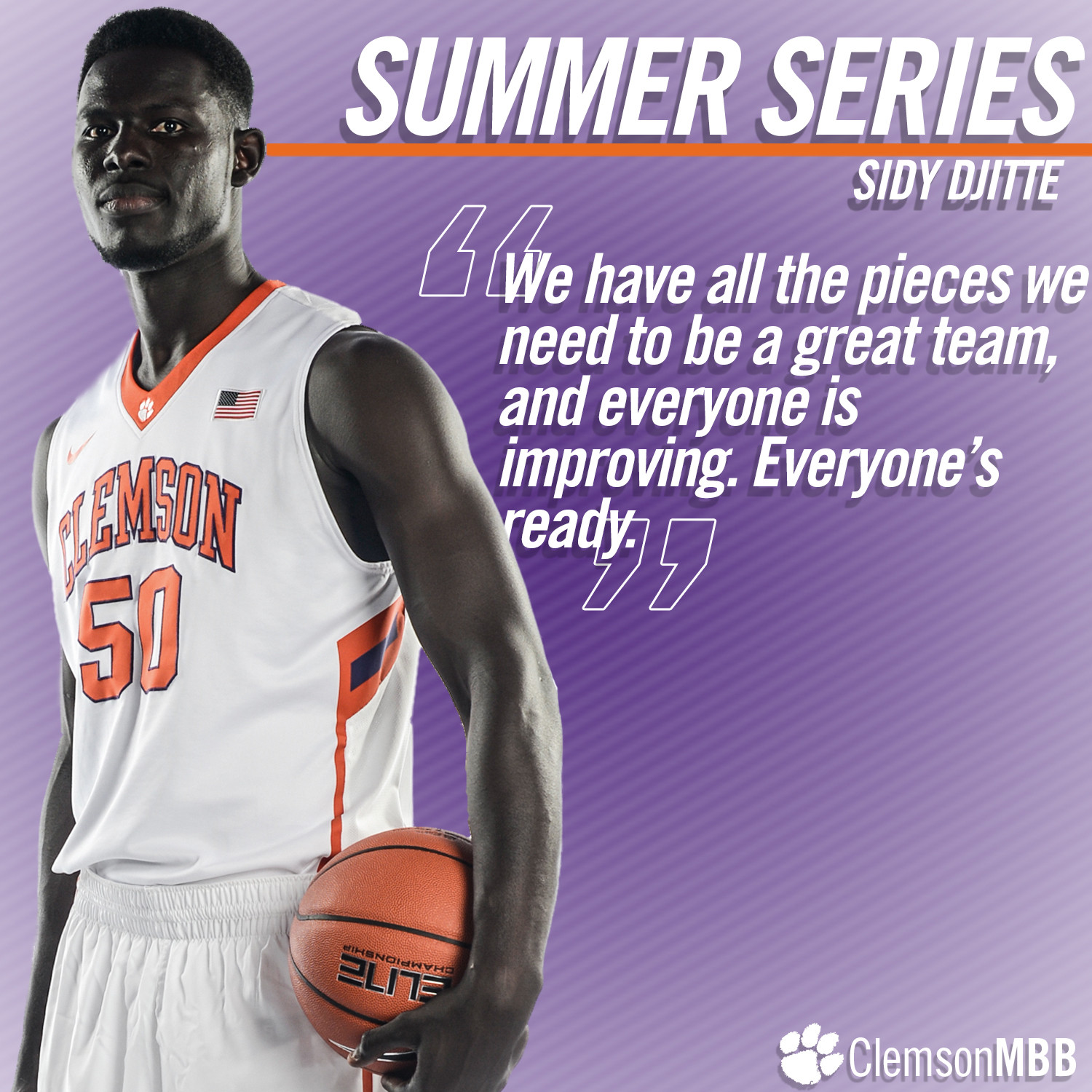 Note: This is the second installment in a series of articles looking at the offseason focus for Clemson’s men’s basketball players.

There’s little doubt Sidy Djitte is Clemson’s most physical player on the hardwood. He’s shown that to be the case over short spurts of playing time throughout his career.

But the 6-10 center out of Senegal heads into his senior season with the opportunity he’s waited on for three seasons — the chance to show that physicality for extended minutes as the Tigers’ starting center.

With the loss of senior Landry Nnoko to graduation, Djitte will step into an expanded role.

“I’m ready for it,” Djitte said. “I think it’s going to be a good senior year. I’m going to work as hard as I can to improve and be ready for the season.”

That part is already underway for the rugged center and his teammates, who are going through weightlifting and individual skill workouts in Jervey Gym this summer.

And according to associate head coach Mike Winiecki, the rising senior has taken the initiative from a leadership role as well.

“He’s really taken hold of being a vocal leader for our guys in the weight room workouts this summer — and that’s important,” said Winiecki, Clemson’s post coach. “As coaches we’re excited to see him have the opportunity to play more; he’s earned it by being a great teammate.”

Djitte was the top per-minute rebounder on the roster in 2015-16 and earned the program’s Tom Lynch Most Improved Player award after more than doubling his scoring average over the previous season.

He was instrumental in several big wins during the ACC regular season, including a 14-point performance against Florida State.

Djitte said winning the most improved honor was proof of his hard work, but he also noted that it makes him want to work that much harder in 2016-17.

“It’s extra motivation,” he said. “My hard work is paying off. I take it as a compliment, but I definitely want to do better next season.”

It’s hard for Djitte to contain his excitement for his senior campaign, which received a jolt in May when leading scorer and rebounder Jaron Blossomgame announced his return to a talented, veteran lineup.

“We’re going to be a great team,” Djitte said. “We have all the pieces we need, and everyone is improving. Everyone’s ready.”

Winiecki is ready to see even more from his active center, who shot a team-best 62 percent as a junior.

“He’s working a lot on his jumper, trying to get comfortable shooting out to 15 feet,” he said. “We continue to work on his low post scoring game. We’d like to see him around double figures for the year.

“He should average eight or nine rebounds per game. He’s been one of the top per-minute rebounders in the country. If he stays out of foul trouble he should be one of the ACC’s best rebounders.

“Our expectations are high — we think he’s primed to have a good year.”