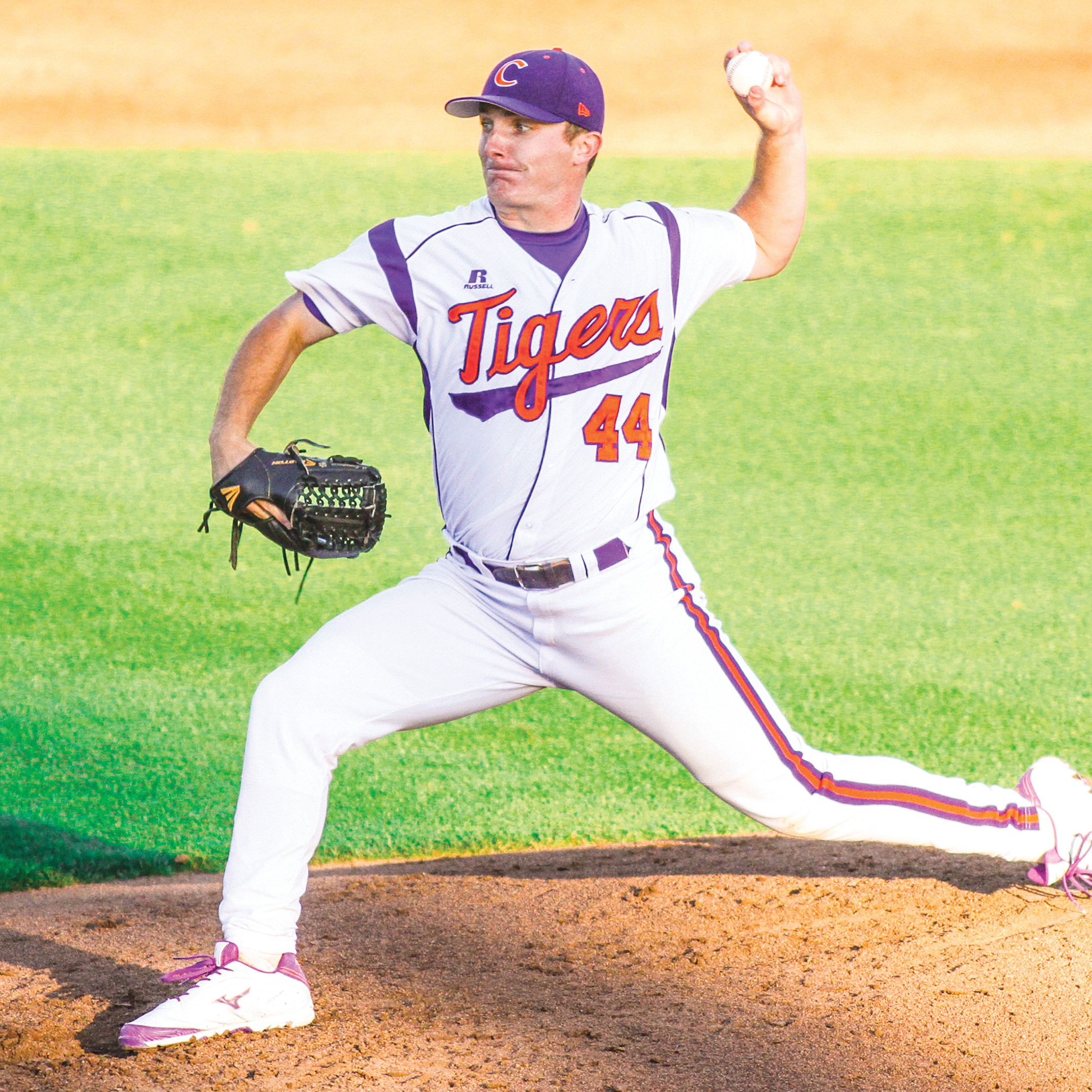 Junior pitcher Matthew Crownover, a strong candidate to be Clemson’s Friday starter this season, has high hopes for his future. The southpaw plans on playing professionally before working in a major league front office. That is perhaps the most interesting part of Crownover’s story.

During his sophomore campaign last season, Crownover conducted a detailed study into the world of baseball sabermetrics. With the goal in mind to one day work in a professional front office and, ultimately, run a team, Crownover wanted to do as much as he could while still in school.

“I asked myself, ‘What can I do now, while I’m playing, that might one day help out on my resumé?’” said Crownover. “During the summers, it’s tough to do internships because I have obligations to Clemson and to baseball.”

At the encouragement of academic advisors, Crownover reached out to Jimmy Sanderson, an assistant professor at Clemson who has an interest in sports. Crownover laid his plan out to Sanderson, and off they went.

“One of the things I wanted to focus on in the work was whether or not it was more effective for major league teams to build from within or buy talent,” explained Crownover. “We got started with the project, and I don’t think we had any idea what we were getting into.”

After several months of work and preparation, Crownover and Sanderson had enough data to deduce several conclusions. For example, they found that it was most effective for teams to have homegrown players, or those drafted by that particular team, at the left field, catcher and relief pitcher positions. With that information in hand, they headed to the annual SABR Convention in Houston, Texas this past summer.

“We won the first-place prize for our poster presentation,” said Crownover. “We were pretty happy. We got some good advice from people who had done it in the past.”

With his success fresh in mind, he has started a new study. In this particular one, he wants to study the trends of major league teams during the past 30 years. All of this work, he said, will prepare him for a future career in baseball.

On the field, Crownover will lead the 2015 Tiger pitching staff. The Ringgold, Ga. native was drafted in the 21st round by the World Series Champion San Francisco Giants earlier this summer. In 17 appearances (16 starts), he had an 8-6 record and a 2.90 ERA while earning Third-Team All-ACC honors on the field and All-ACC Academic accolades in the classroom for the second season in a row.

As an eighth grader in North Georgia, Crownover had a chance to play on a travel team in which he pitched every fifth day, similar to a major league rotation. During that summer, Crownover’s team visited and played a game at Clemson.

After a solid pitching performance, Head Coach Jack Leggett spoke with him about Clemson for a few hours. After seeing all that the Tiger program had to offer and falling in love with the school and the people, Crownover committed during his sophomore year of high school.

Fast-forward five years later and he will graduate this summer with a degree in communication studies.

“If we have a good season, that probably means I had a good one,” said Crownover.

“I hope to make the major leagues…that’s everyone’s dream. Whether it’s one year, five years or 10 years, I’ll continue to try to play and make connections along the way.”