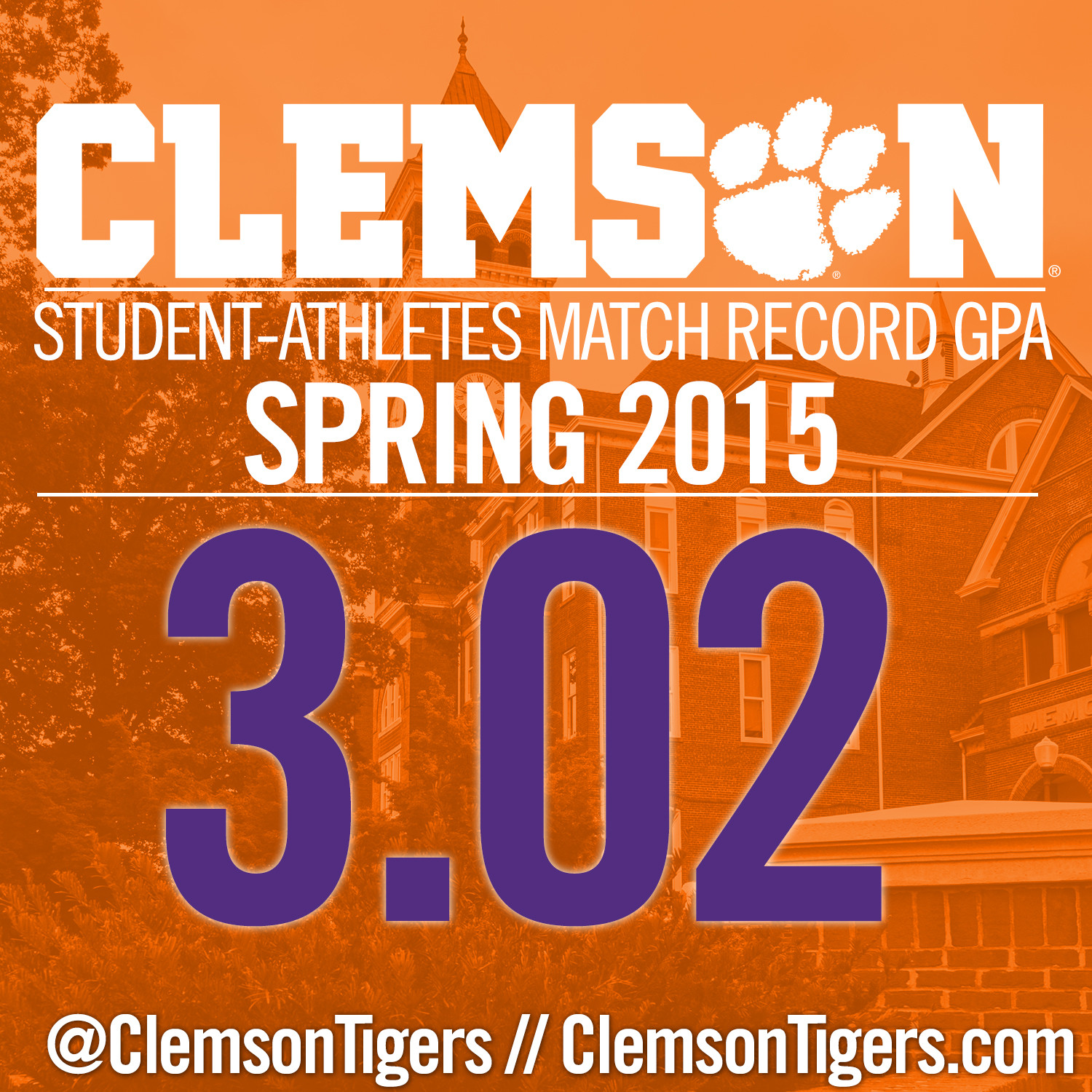 CLEMSON, S.C. – Nine of Clemson’s athletic programs recorded semester grade point ratios above a 3.0, and 234 student-athletes posted spring semester marks at 3.0 and above, according to data provided by the University Office of Institutional Research.

The 2014 ACC Champion men’s soccer team set a new program record with its 3.30 GPA for the semester and also had a record 21 out of 24 players make the Clemson Honor Roll for the semester. The baseball team, currently set to begin NCAA Regional play recorded a 3.04 semester mark, the second highest ever recorded by the squad. Additionally, rowing’s 3.40 marked a program best.

“I’m proud of the hard work and commitment our student-athletes have put into their classwork and earning such a high grade point average,” director of athletics Dan Radakovich said. “The successes on and off the field during the spring show the commitment of our coaches and staff to the development of each of our student-athletes.”