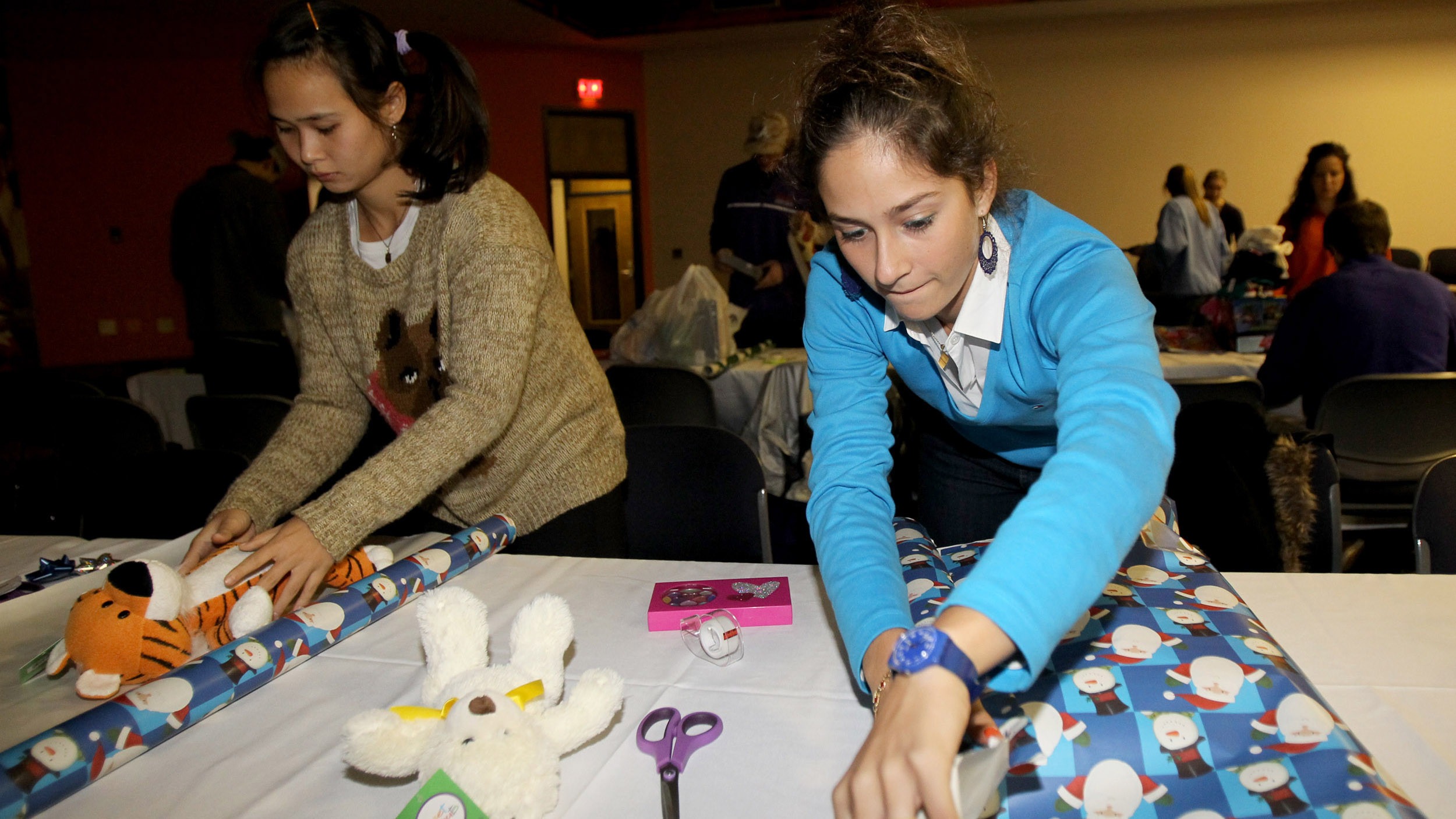 CLEMSON, SC – Most of Clemson’s student-athletes are quick to admit their gift-wrapping skills don’t measure up to their skills on the field of play.

“I couldn’t wrap a gift to save my life,” joked Marcus Brown, a senior thrower on the track and field team.

That didn’t stop Brown and the rest of the members of the Student-Athlete Advisory Committee from doing their best Tuesday night, when SAAC held a Christmas party in the McFadden Building to share food, listen to festive music and wrap gifts that the school’s various athletic teams purchased for local children.

The party doubled as the final SAAC meeting of the fall semester, and the two SAAC representatives from each team had gone back to their teammates and asked them to give money to purchase Christmas gifts.

“We had two little girls, and we collected five dollars from each girl on the volleyball team and went and bought what she had requested on her wish list,” senior Hannah Brenner said. “We bought her a cute little outfit and shoes that she had asked for. It’s just something to give back. We get so much, and for us to be able to give a little girl a Christmas gift – even if it’s something small – I know she’ll appreciate it.”

Half of the children in the adopt-a-family program were selected from the Clemson Community Care Center and half came from a local after-school program. Each team had at least one child they were responsible for, while some of the bigger squads – such as football and rowing – bought gifts for up to three children.

“We understand that there are people who don’t get to have actual Christmases due to financial issues, and we thought the least we could do is try to help the families by getting them certain gifts and things that would make their Christmas a lot better,” said Brown, the president of SAAC. “It makes all of us feel good that we could help them have a better Christmas.”

The initiative was the brainchild of SAAC faculty advisor Kyra Lobbins, who brought the idea over from her previous position at Akron and wanted to continue it once she landed as the Assistant Director of Student-Athlete Development at Clemson.

“These student-athletes are privileged and in a different position, and I think they understand how important it is to give back,” Lobbins said. “So, I think something like this is very special for them, whether they realize it or not.

“This is money out of their pockets. This isn’t something that they got from a team budget. This is strictly from their own pockets, so it does mean a lot more.”

The Clemson track and field team has had a similar initiative in years past, and it will hold its annual Salvation Army Adopt-a-Family event this weekend, where local families will share a meal with the team and then the children will be presented with their gifts.

“So many people come to our events and support us, and this is kind of our way to support everyone that also helps us,” said junior distance runner Brianna Blanton. “We wouldn’t be at the level that we are without everyone else’s help and support, and we just want to help those that are in need and are a little less fortunate than people here. I think it’s a great opportunity for everybody to come together and really give back during Christmas time.” 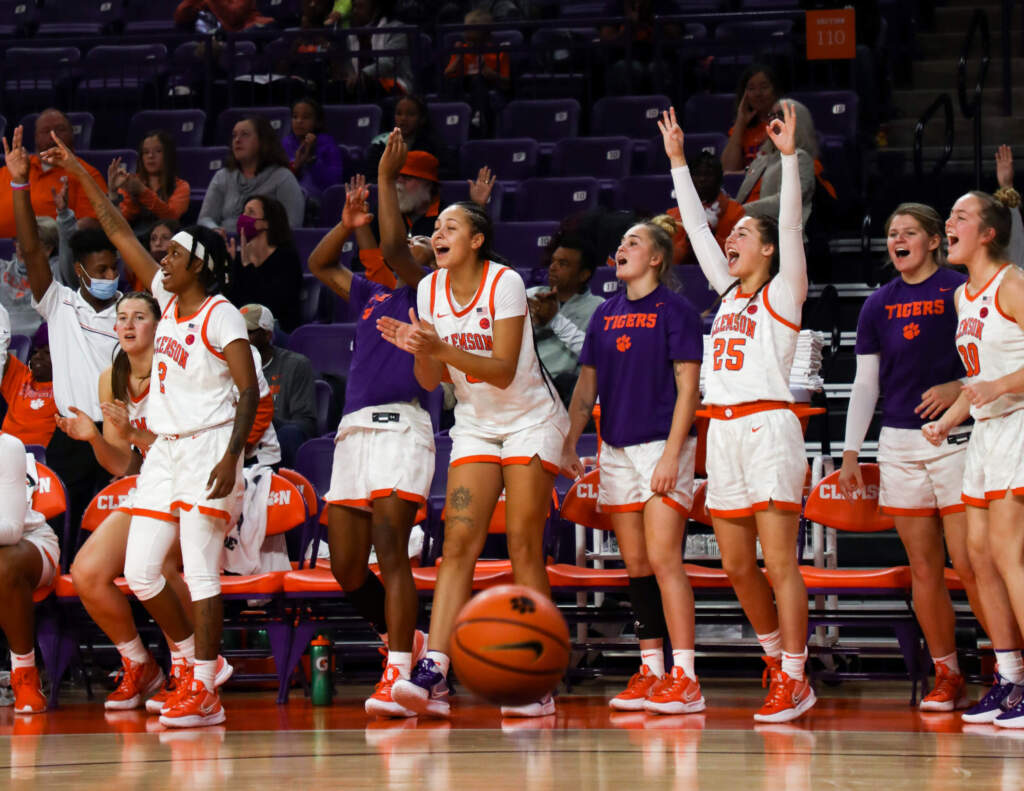