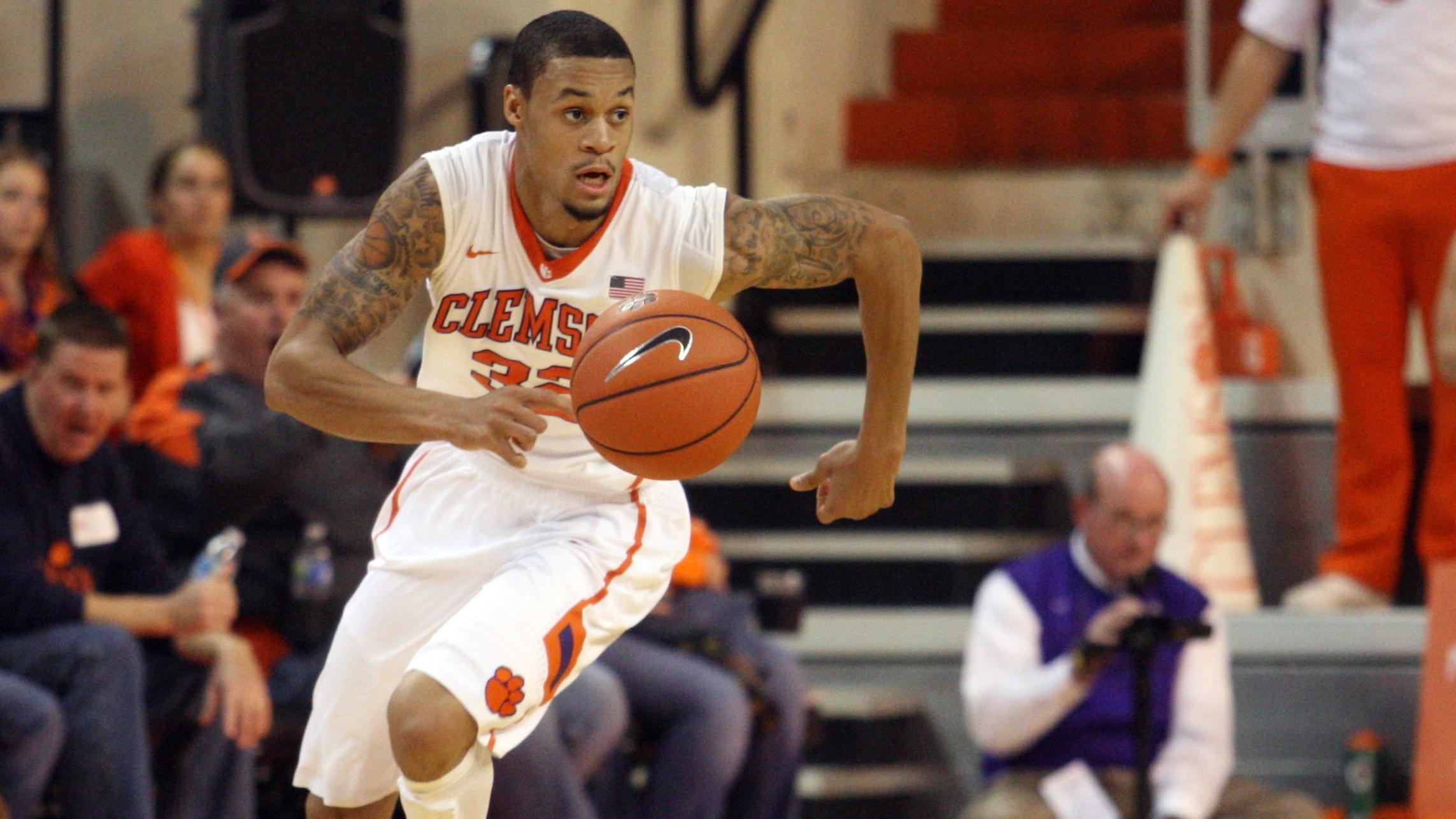 CLEMSON, SC – Clemson dusted off the rust from a week off for final exams following its most recent game at Arkansas, but a 17-0 run midway through the first half propelled the Tigers to a convincing 71-35 victory over Furman on Saturday at Littlejohn Coliseum. The win was the Tigers’ eighth in 10 games. Furman fell to 4-6 with the loss. Clemson has now won 30 straight games over the Paladins.

Furman’s leading scorer, Stephen Croone, was limited to nine points and nine turnovers in 28 minutes. He came into the game averaging 20.4 points per game. Kendrec Ferrara was the lone Paladin in double figures with 10 points.

The Tigers went to Nnoko on each of their first three possessions, and the sophomore big man delivered with buckets each time. Both were hot off the jump, as Clemson made six of its first 10 and Furman five of its first seven attempts. But the two cooled considerably as Clemson crept ahead by six at 21-15.

The lead reached double digits for the first time on a wing three by Roper with fewer than three to play. He followed with another the next possession, and suddenly Clemson was up 32-17 with 2:15 to play in the opening half. The 17-0 run culminated on a pair of McDaniels free throws as Furman made just three of its final 15 field goal attempts in the opening frame.

Up 45-26 in the second half, Clemson put together an 18-2 run highlighted by a pair of thrilling slams from McDaniels. First, he took an alley-oop pass for a one-handed slam. Then, on the following possession, he stole the ball at midcourt and raced to the other end for a windmill that put the Tigers ahead 61-28. Furman never threatened in the second half.

The Tigers close out the pre-Christmas schedule on Thursday, Dec. 19 with a road game against Auburn. The two have not played since the 1992-93 season.