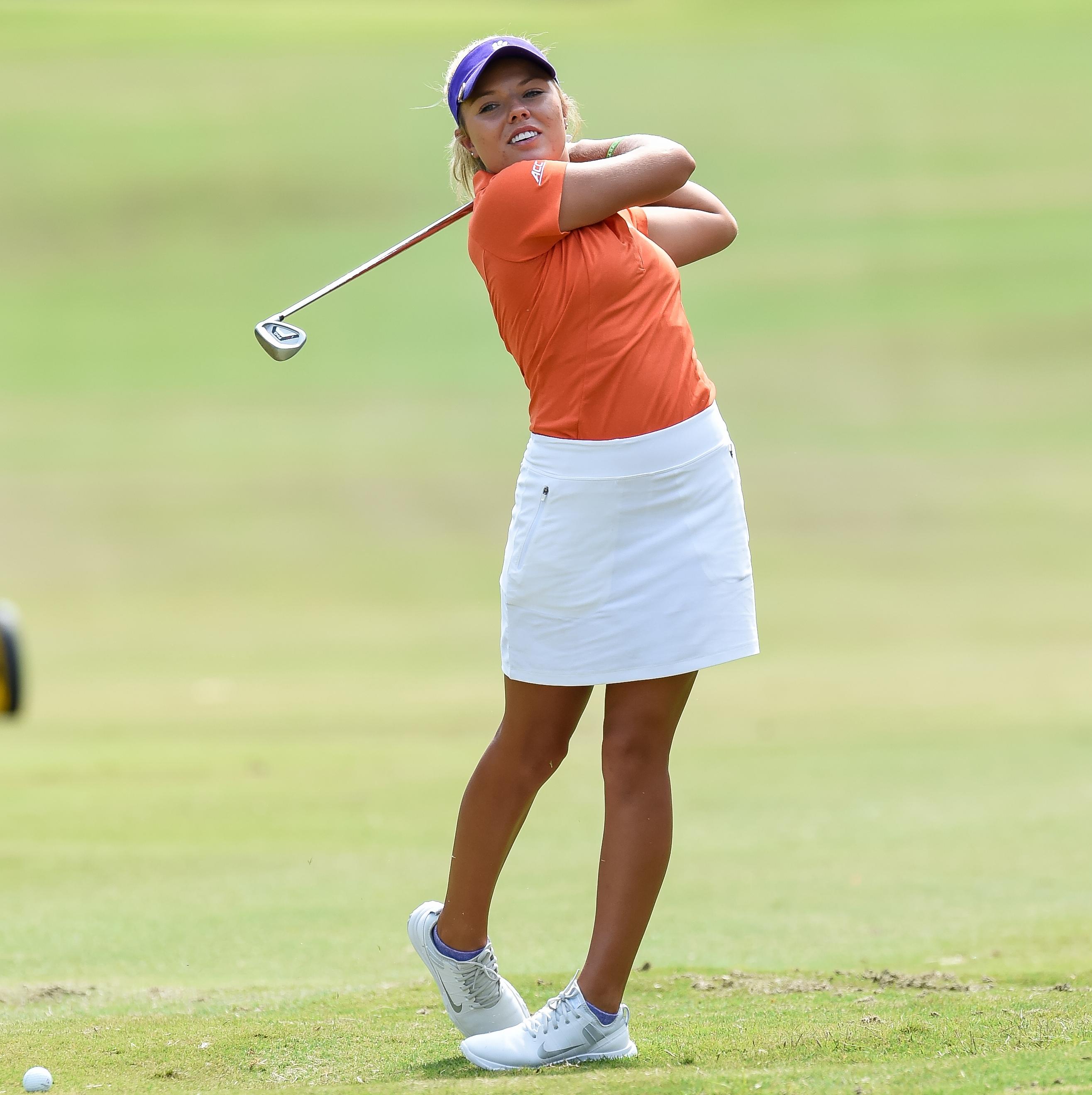 Clemson, S.C.—Clemson freshman Lauren Stephenson shot a second round 71 on Saturday and improved from 69th to 38th in the individual standings at the NCAA Women’s Golf Championships at Eugene Country Club in Eugene, Oregon.  Stephenson has a two-day total of 146 and is in position to make the 54-hole cut in her pursuit for the individual championship.

Stephenson is the first Clemson women’s golfer to qualify for the individual national championship. After Sunday’s third round the field will be cut to the players on the to 15 teams in the team tournament plus the top nine players not on a top 15 team.   If the cut were made tonight, she would be in a playoff for one of those nine spots.

The native of Lexington, S.C. had five birdies and four bogeys in registering her one under par 71 on Saturday.  After an opening bogey, she made birdies on holes two, four, seven and nine to shoot three-under par 34 on the front side.  She then hit a rough spot with consecutive bogeys on holes 11-13, but she made a birdie on the par five 15th hole before finishing with three straight pars.

Three of her birdies on Saturday were on par five holes and she is now four under par on the par five holes through two rounds, tied for sixth best in the field.  Her 31 place improvement on Saturday tied for the 10th best movement up the leaderboard in the 132 player field.