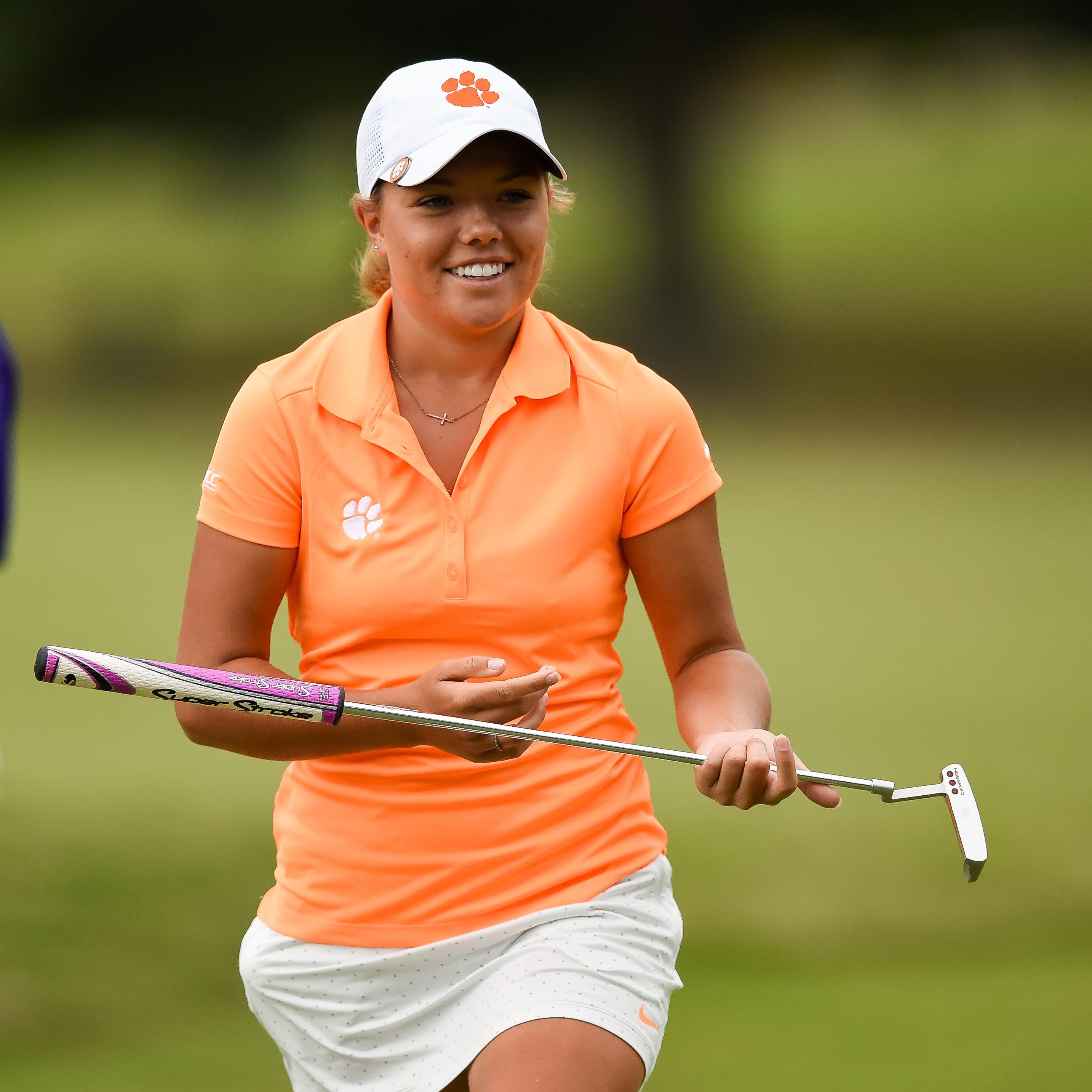 Clemson, S.C.—Clemson freshman Lauren Stephenson finished 58th after three rounds at the NCAA Women’s Golf National Championship at Eugene Country Club in Eugene, Oregon on Sunday.   She did not make the cut for the fourth and final round of the individual championship.

Stephenson had a three-over-par 75 on Sunday and finished with a three-day total of 221, five-over-par.  She needed to shoot 218 to qualify for a playoff for the final spot in the fourth round.

Stephenson finishes the year with a team best 108 birdies, a school record for Clemson’s three-year program. Her 73.36 stroke average was the best on the team this year and second best in Clemson history.  She also led the team in under par rounds with eight and rounds at 75 or better with 25.