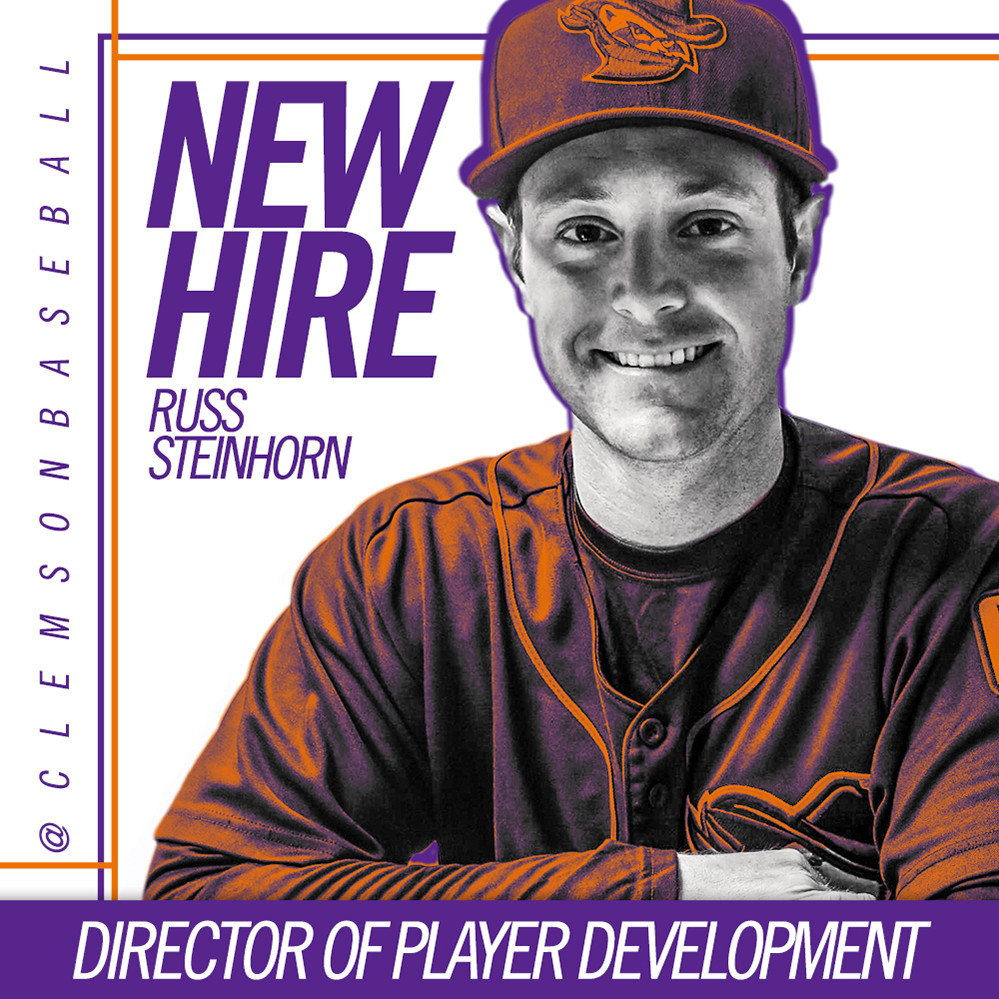 CLEMSON, S.C. – Russ Steinhorn was added to the Tiger baseball staff as director of player development, approved by the Board of Trustees this week. Steinhorn spent the previous five seasons with the Houston Astros organization.

“Russ brings a new dynamic to our program in the role of director of player development,” said head coach Monte Lee. “He has a wealth of experience at the college and professional ranks in numerous areas. We can’t wait for Russ to get started.”

Prior to entering the professional coaching ranks, Steinhorn spent the 2012 season as an assistant coach and recruiting coordinator at Delaware State. While at Delaware State, Steinhorn played a key role in directing the team’s offensive and defensive strategies for a program that had a 40-17-1 record.

A 2008 graduate of Southeastern University, Steinhorn earned his bachelor’s degree in middle grades mathematics education with a minor in religious studies. He also received a master’s degree in sports administration from Delaware State.

Russ and his wife, Amanda, reside in Dover, Del.