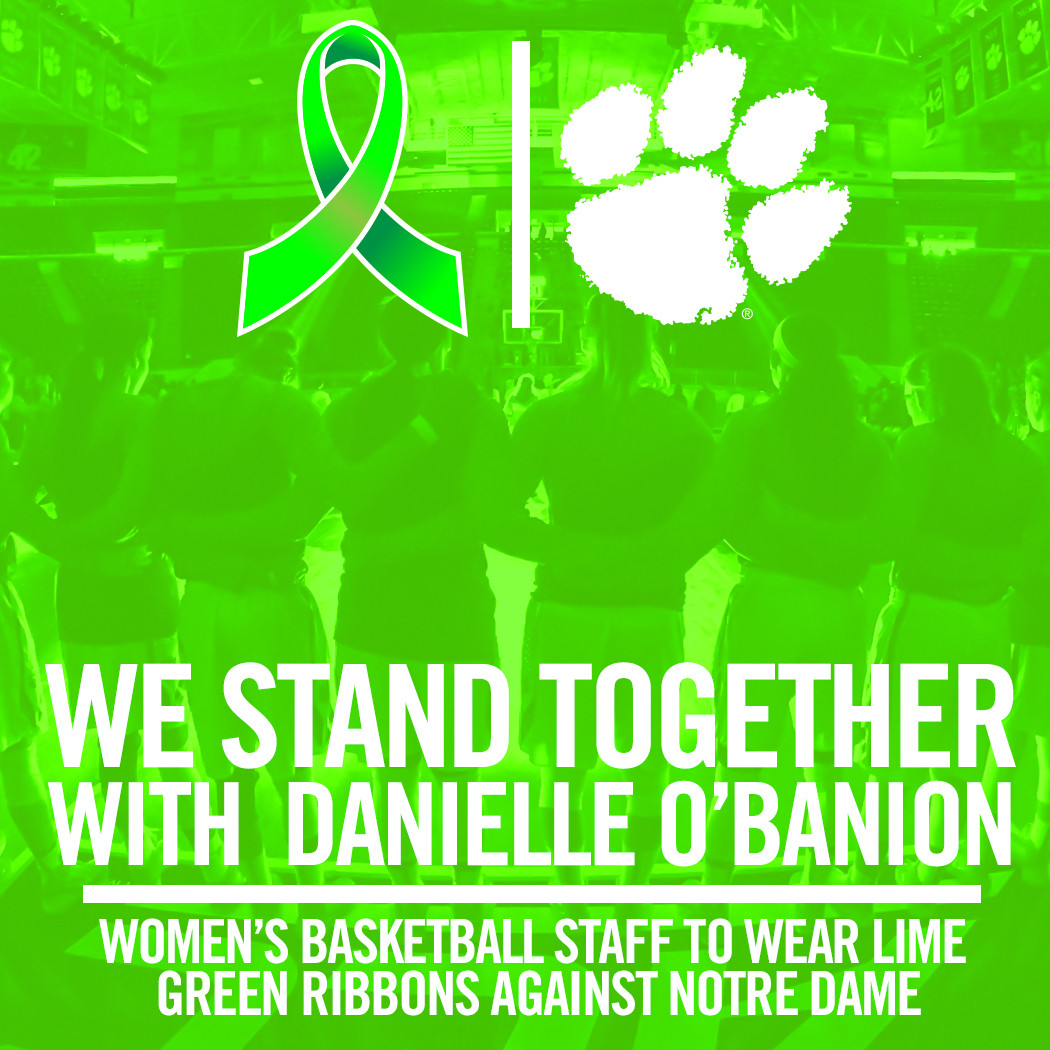 Head Coach Audra Smith and her staff will wear lime green ribbons in order to stand together with many coaches around the nation in a show of support for Kent State Women’s Basketball Coach Danielle O’Banion, who is fighting stage II lymphoma. Smith has known O’Banion for more than a decade, going back to when she tried to recruit O’Banion to Virginia in the late 90s (O’Banion ended up going to Boston College).

“I first met Danielle when I recruited her while I was at Virginia,” said Smith. “She’s a great person, such a positive person. This weekend, we are going to honor her and stand as one, wearing lime green to bring awareness to her battle with Lymphoma. She’s always done the most to promote the game of women’s basketball.”

Smith and her staff has taken several initiative this season in order to honor and bring attention to several causes. The entire team visited the Kay Yow Fund offices in Raleigh on Jan. 9, and the team also spent time at the Greenville Children’s Hospital recently. The team’s Play4Kay pink game is currently scheduled for Feb. 22 as well.

“I hope that this brings awareness to the fact that this can affect anyone,” said Smith. “We went to the Kay Yow offices last week. Cancer may not affect you personally, but it will affect someone around you. I want my team to take from this that you have to enjoy every single moment of your life, regardless of what is going on. You have to be thankful and be excited about everyday, even if results aren’t going the way we want them. I want my team to take advantage of every opportunity to play this game, and have the opportunity to spread awareness through our sport on an issue that is affecting so many.”

Indeed, Smith and others’ show of support is intended to use the platform of women’s basketball as a way to galvanize and stand with O’Banion, who has not taken time off while fighting the disease.

“Sometimes we get so consumed by ourselves and what’s not going well for us, it really makes you put everything in perspective. We have this young and vibrant coach, who now has to deal with this dreadful disease. I want our young ladies to understand that the battles we are fighting now are nothing compared to what Danielle is fighting.”