Clemson, S.C. – While many Clemson students spent their summers traveling for leisure and leisure alone, golfers Savannah Grewal of Ontario, Canada, and Annabelle Pancake of Zionsville, Indiana, were taking care of business on the golf course. Both Tigers qualified and played in prestigious women’s amateur events and even a couple professional tournaments, all in the span of a couple months. The duo’s summer competition schedule had them jet-setting and teeing it up all over the country and overseas.

Grewal, who is starting her senior season with the Tigers, started her summer off strong at the Suzann Pettersen Amateur Qualifier in Frankenmuth, Michigan. After winning the event with a 36-hole total score of -3, Grewal earned herself and a partner of her choosing (Pancake) a coveted spot at the Dow Great Lakes Bay Invitational (GLBI), an LPGA event.

Two weeks after her victory in Michigan, Grewal’s game took her across the pond to Norfolk, England, where she competed in the prestigious R&A Women’s Amateur. Grewal fired a 36-hole total score of -2 in stroke play qualifying, finishing 16th out of 144 participants. In match play, Grewal fell to Australian Kelsey Bennett after a hard-fought match of 2&1 in the Round of 32.

Back in the States, at Walnut Grove Country Club, Pancake and Grewal played in the same U.S. Women’s Amateur qualifier in Dayton, Ohio. Great teammates must play alike, as both women fired a 71, earning entry into the 122nd U.S. Women’s Amateur Championship at Chambers Bay. 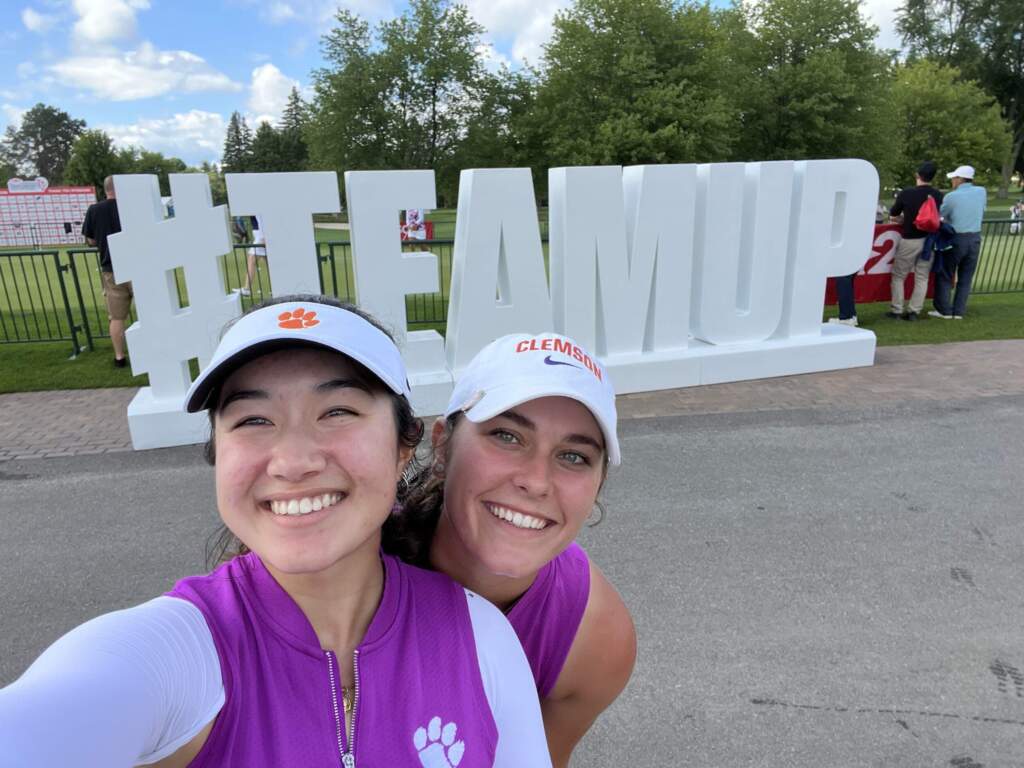 A week after successfully qualifying for the U.S. Women’s Amateur, the pair took on their next great challenge, an LPGA Tour event. At the Dow GLBI in Midland, Michigan, Pancake and Grewal (aka “Team Maple Syrup”) competed in a field full of professional golf greats such as Jennifer Kupcho, Stacy Lewis, the Korda sisters, and Annika Sorenstam. Despite a team score of -4, Team Maple Syrup barely missed the cut, tying for 40th out of 72 teams alongside LPGA veterans Lexi Thompson and Brittany Altomare.

Following the Dow GLBI, Pancake showed out for the Tigers at the 122nd Women’s Western Amateur at the Sunset Ridge Country Club in Northfield, Illinois. After just making the cut in stroke-play qualifying, Pancake set the field ablaze in match play, winning by as significant a margin as 5&4. The tournament’s biggest upset belonged to Pancake (No. 32 seed) after she defeated the No. 1 seed and Stanford University golfer Sadie Englemann by 2&1 in the Round of 32. After breezing through the Round of 16 and quarter-finals, Pancake defeated Michigan State University’s Brooke Biermann 3&1 to face off in the final round against No. 3 seed and Iowa State University’s Taglao Jeeravivitaporn. After a hard-fought match, Pancake lost to Jeeravivitaporn 2&1, finishing runner-up at the Women’s Western Amateur.

The first week of August found Pancake back in her home state of Indiana at the Epson Tour French Lick Charity Classic, her second professional golf tournament of the summer. Pancake, the sole amateur in the field, made the cut and tied for 45th with a four-day total of 297. 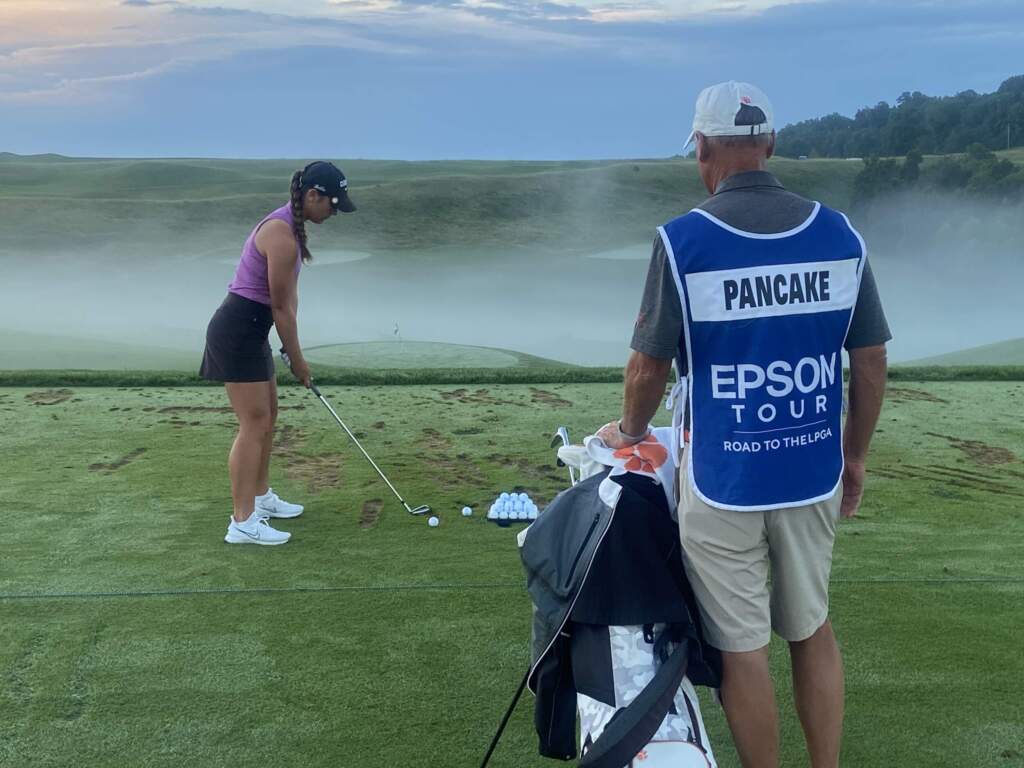 Annabelle and @SavannahGrewal, both through to the round of 32 at the US Women’s Am! pic.twitter.com/LGZV5XMT7J

From playing in a home state to playing abroad, from amateur championships to LPGA tournaments, Pancake and Grewal have much to celebrate regarding their accomplishments this summer. Simply qualifying for events such as the U.S. Women’s Amateur Championship and the Dow GLBI are remarkable feats in themselves. The 2022-2023 Clemson Women’s golf team kicked off their fall season at the College of Charleston Cougar Classic in Charleston, S.C., earning a second-place finish. Grewal finished tied for 21st with a two-under for the weekend, while Pancake finished tied for 13th and turned in the lowest Tiger round of the weekend, a 67 (-4) in the final round.

Lowest Tiger round of the tournament when it mattered most. 🥞 pic.twitter.com/OFm5nSaWdD