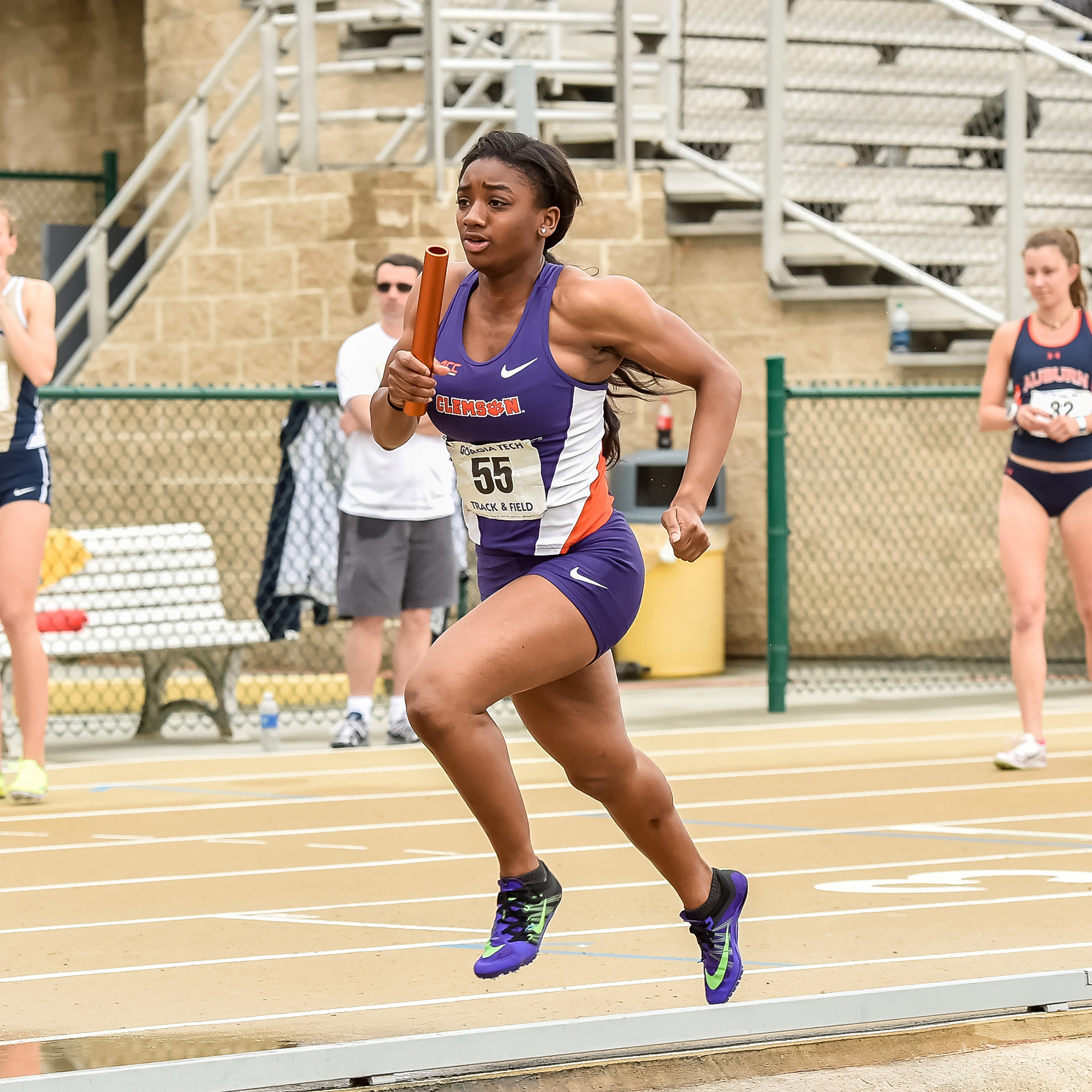 CHARLOTTE, N.C. – Angelica Collins and Torie Robinson each won their events as the women sprinters continue to thrive in 2017. The Tigers earned a total of six first place finishes on the final day of the Charlotte 49er Classic, kicking off the outdoor season.

Claire Strickler, Danielle Borriello and Majayla Holland each finished with top-eight finishes as well. Strickler took fifth in the 3000m at 10:28.91, Fortner completed the 800m in 2:15.40 for a sixth place finish and Holland took seventh in the shot put with a throw distancing 43-1.75.

A trio of underclassmen harriers took first, sixth and seventh for the Tigers in the 3000m run. Jackson Goodwin won the event at 8:49.41 while Ryan Mullen and Matthew Tinsley took sixth and seventh respectively with times of 8:52.37 and 8:54.35.

Next, Clemson will take a trip south to Miami for the Hurricane Invitational. The meet will take place on Friday, March 24 and Saturday, March 25.