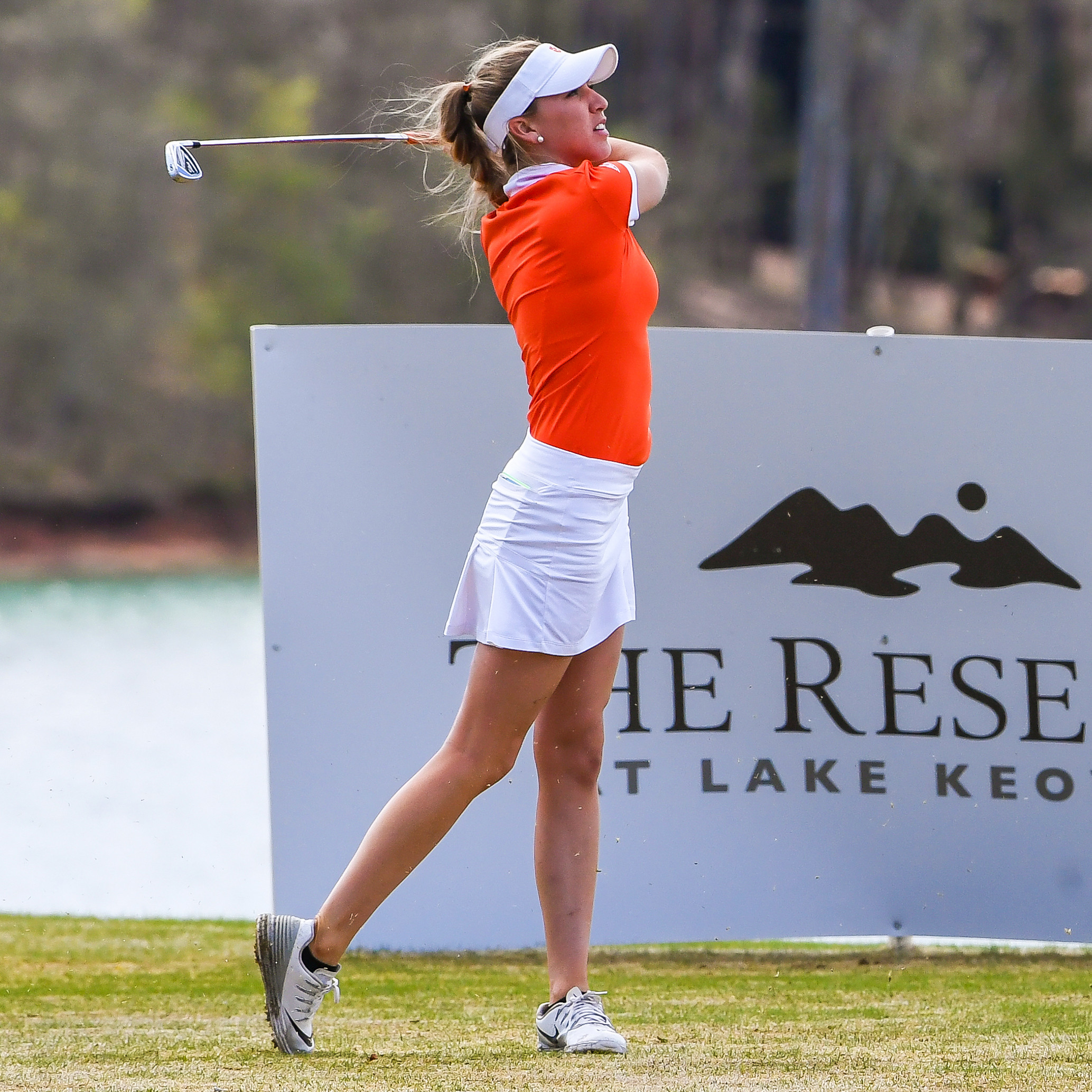 Marisa Messana took a risk that paid off in the long run. She committed to Clemson before the women’s golf program began its first official season and joined the Tigers in the second year of the program.

“I was excited by that risk and opportunity to create a new legacy with other very highly ranked and experienced players like Ashlan Ramsey, Sloan Shanahan and McKenzie Talbert,” said Messana.

When starting something new, there will always be unexpected obstacles that arise, but she enjoys a challenge, so the twists and changes have created an incredible experience that has led her to grow as an athlete and person.

The first team that Clemson fielded in 2013-14, Messana’s senior year of high school, reached a top-10 ranking, and that had her excited to get to Clemson and start competing with some of the best college golfers. But once she arrived in Tigertown, the top two players from the previous year either turned professional or experienced injuries that kept them off the links.

“My role with the team changed drastically with how things played out, and in my first year, I was in a bigger role than I expected.”

As the program has experienced a lot of change, her role has changed, and through every role, she has put in the effort to do whatever it takes to help her team compete at the highest level.

“I have wholeheartedly enjoyed the pursuit and challenge of being the absolute best I can be in every aspect of my life as a student-athlete,” said Messana. “Whether that’s in the classroom, on the course, in the weight room, during community service projects or through my relationships, I strive to be a role model for others and represent Clemson in a way that makes the university proud.”

Messana certainly made Clemson proud last year, on and off the course. She was a major reason Clemson advanced to the NCAA National Tournament for the first time and finished the season with a program-best No. 20 national ranking. It was a remarkable season for head coach Kelley Hester, as she became the first first-year Clemson head coach since 2001 to take a program to a top-20 final ranking.

In the final round of the NCAA regional at Athens, Ga., Messana shot a team-best one-over-par 73 to be a major factor in Clemson qualifying for the national tournament. She played the pressure-packed back nine in even par to help Clemson finish fifth among the 18 teams. Among the teams Clemson defeated was host Georgia.

Messana played the par-four holes with an average score of 4.0 during that round, the same figure as her career GPA at Clemson. At the NCAA National Tournament, she brought great pride to the Tiger program, as she was the recipient of the Elite 90 Award, which is given to the golfer with the highest GPA at the championship event.

As the lone fourth-year senior on this year’s squad, Messana will leave behind a decorated career. Her footprint will forever be engraved with this program as it looks to take the next step in becoming one of the top programs in the nation.

Messana has earned All-ACC Academic honors and Women’s Golf Coaches Association Academic All-America certificates each of her first three years. She has also received the Anna Calhoun Clemson Sportsmanship Award twice, has been a member of the Student-Athlete Advisory Committee and has served as vice president of Solid Orange Committee.

Hester spoke very highly of Messana when asked what she means to this team.

“Marisa is a tireless worker who strives to achieve her personal best in every endeavor. The Elite 90 Award is certainly a huge accomplishment, but no surprise to anyone who has been around or worked with Marisa at Clemson.

“To describe Marisa as an overachiever would be like calling Dabo Swinney ‘a good coach.’ Marisa consistently leads by example by putting in more hours than anyone else, but she is also available to lend a helping hand to any teammate in need.”