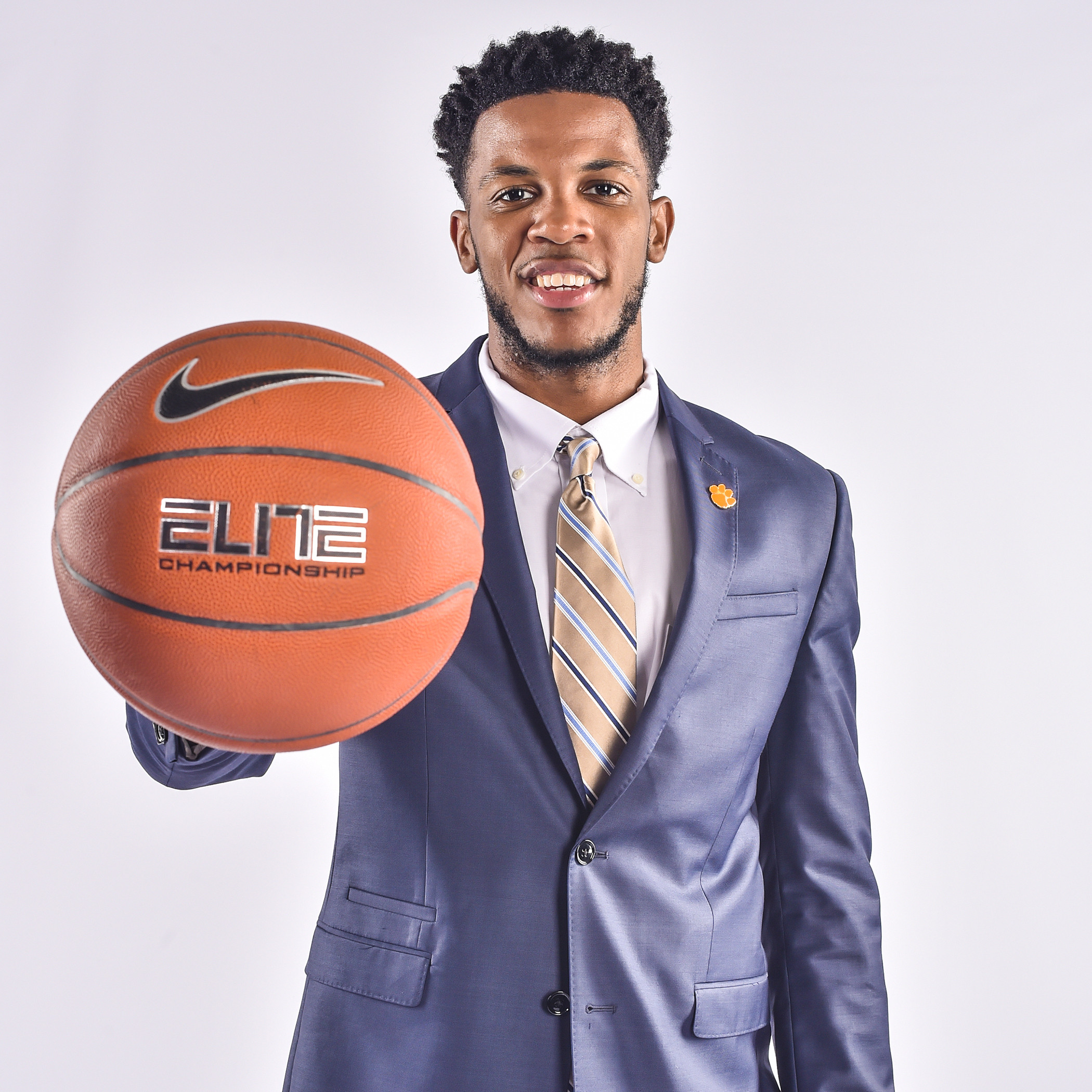 Few folks in Clemson had a busier summer than Jaron Blossomgame. He seemingly spent more time in airports than he did on campus, traveling from city to city, either auditioning for NBA teams or attending high-profile camps.

Most Tiger fans are ok with his busy schedule, because on May 25, the First-Team All-ACC forward announced he would be returning to school for the 2016-17 season after a serious flirtation with early entry into the NBA draft.

Blossomgame took part in the NBA Draft Combine in addition to working out for seven teams prior to letting the college basketball world know of his intentions in a formal press conference.

After putting himself in position to be drafted following the heels of a breakout junior year, Blossomgame’s decision to ultimately return to Clemson came down to his desire to finish what he started.

“I’ve shown I can put up big numbers, but I haven’t shown that I can win consistently,” he said. “That’s the main goal, and it’s the biggest step for me.”

Blossomgame took a giant leap forward as a junior, becoming one of the ACC’s best and brightest stars while averaging nearly 19 points per game. He was the first Tiger in history to shoot at least 50 percent from the field, 40 percent from three-point range and 75 percent at the free-throw line in a season.

But the 6’7” student-athlete and his coaches believe he can take his game to another level. He has helped the Tigers to 10 ACC wins in two of his three seasons, but it only left him wanting more.

Following his decision to return, he earned a pair of prestigious camp invitations, competing at the Nike Basketball Academy and adidas Nations during a calendar week at the end of July.

“The camps solidified everything I’ve been working toward this summer,” said Blossomgame. “The camps were really fun. It was good to go up against some of the best guys in the country.”

His Nike experience in Los Angeles also included an extensive film session with LeBron James, arguably the best basketball player on the planet.

“It was a lot like the pre-draft combine. A lot of NBA personnel were there. Nike had a section for scouts and executives. It offered more exposure.”

After returning to Clemson for good and graduating with a sociology degree on August 5, Blossomgame turned 100 percent of his focus to the upcoming season with his Tiger teammates.

One of the aspects of his game NBA personnel identified as a point of emphasis is his ability to facilitate for teammates. His goal as a senior is to raise his assist total and lower his turnovers.

“He needs to be a better playmaker for others,” said assistant coach Steve Smith, who works with the Tiger wing players. “He will command a lot of attention. So he’ll have to be better at helping make plays for other guys. We stress those things to him daily. It will make him better and make our team better.”

The coaching staff has also challenged Blossomgame to become a better leader, one who not only leads by example, but also one who challenges his teammates vocally.

Head coach Brad Brownell has seen tremendous growth in this area, particularly in the preseason when the Tigers initiated a five-week challenge known as “Earn Your Orange.”

“I’ve never seen him in a better place in terms of leadership,” said Brownell. “He’s enjoying being a senior and a college graduate. He doesn’t have quite the class workload, so now he can focus on taking a leadership role within the team. We’ve heard him be more vocal.”

One thing Blossomgame has been vocal about this offseason is the potential that lies ahead for the 2016-17 team.

“It’s the most talented team I’ve been on,” added #5, who was rated the nation’s No. 1 small forward in the preseason by Lindy’s. “Guys are really embracing the grind and believe we can be good. We are very confident.”