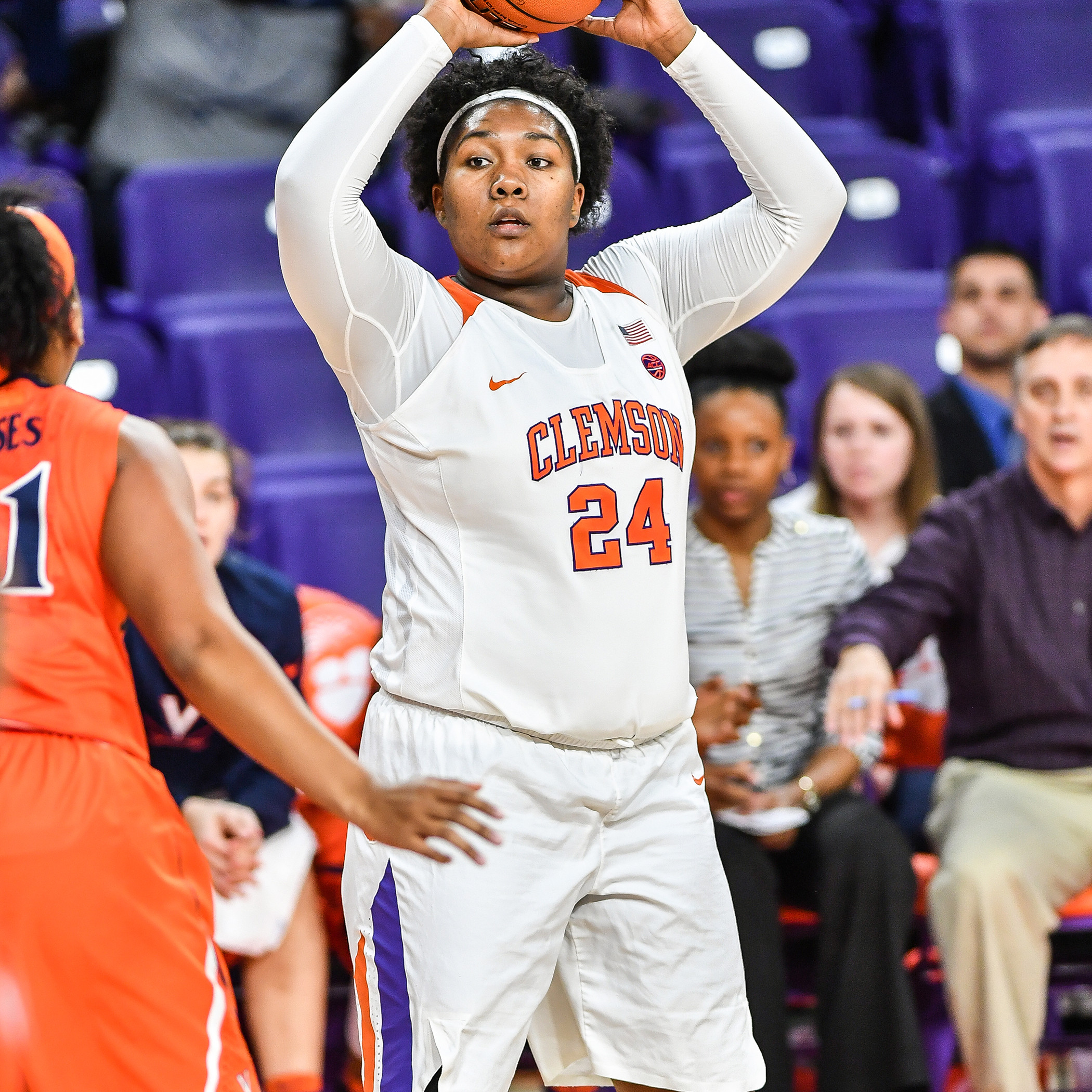 Ivy Atkism is a senior women’s basketball player from Monroe, Ga. Although she is now a part of the Tiger team, her career in sports did not begin with basketball.

“I was actually a softball player for awhile, and the recreation department needed one more person to make two teams for basketball. I had never played, so I decided to try it out.”

This small decision ultimately brought her to Clemson, which was an easy decision for her to make.

“The No. 1 reason I chose to come to Clemson was because it was close to home. I’m a really big family person.”

Atkism wanted her family to be able to attend games, but after moving in at Clemson for the first time, she had even more reasons to attend.

“I got here and fell in love with the people and the campus.”

Those sentiments are also echoed when describing her favorite part about being a Tiger.

“My favorite part is the support we get from everyone here, not just the people in the athletic department, but also the community.”

Atkism is much more than a basketball player, and there is a lot that makes her who she is off the hardwood. Like many people, she has hobbies to keep her busy away from basketball. She likes to cook, watch movies and play the ukulele. Her skills with that instrument began during the recruiting process.

“The first thing the coaches would ask me is, ‘What do you like to do outside of basketball?’ I didn’t really have anything to say, so I said, ‘I’m gonna pick up a hobby.’ I Googled some of the easiest instruments to learn, and the ukulele was one, so I bought one, and I said, ‘I’ll teach myself.’ It’s been fun.”

As mentioned during her decision to attend Clemson, she is a self-described family person. It is evident with her description of her grandmother as her hero.

One thing that is often forgotten with student-athletes is the student part. Like many students, Atkism also has a favorite class.

“I’m in a class now called health appraisal skills, and it’s been my favorite so far because it’s really hands on. I want to go into the medical field, and it’s a lot of different certifications. You do hands-on things, like taking blood pressure and BMI among other things.”

Although Atkism wants to go into the medical field, it is not necessarily her first choice.

“In a perfect world, I would be a stay-at-home mom. I either want to be an athletic trainer or an orthopedic physician assistant.”

After college, Atkism aims to either go into an entry-level master’s degree program for athletic training or take a gap year and then go to P.A. school.

As for her goals on the hardwood this season, she is setting her sights on postseason play.

“We came in freshman year and it was a struggle, and now our goal from freshman year is that we leave with our name on this program. I think we’ve done a lot so far, but it’d be nice to go out as seniors with postseason play.”

It is clear that the Tiger women’s basketball team has improved, and Atkism has laid a foundation for success, not just on the court, but off it.