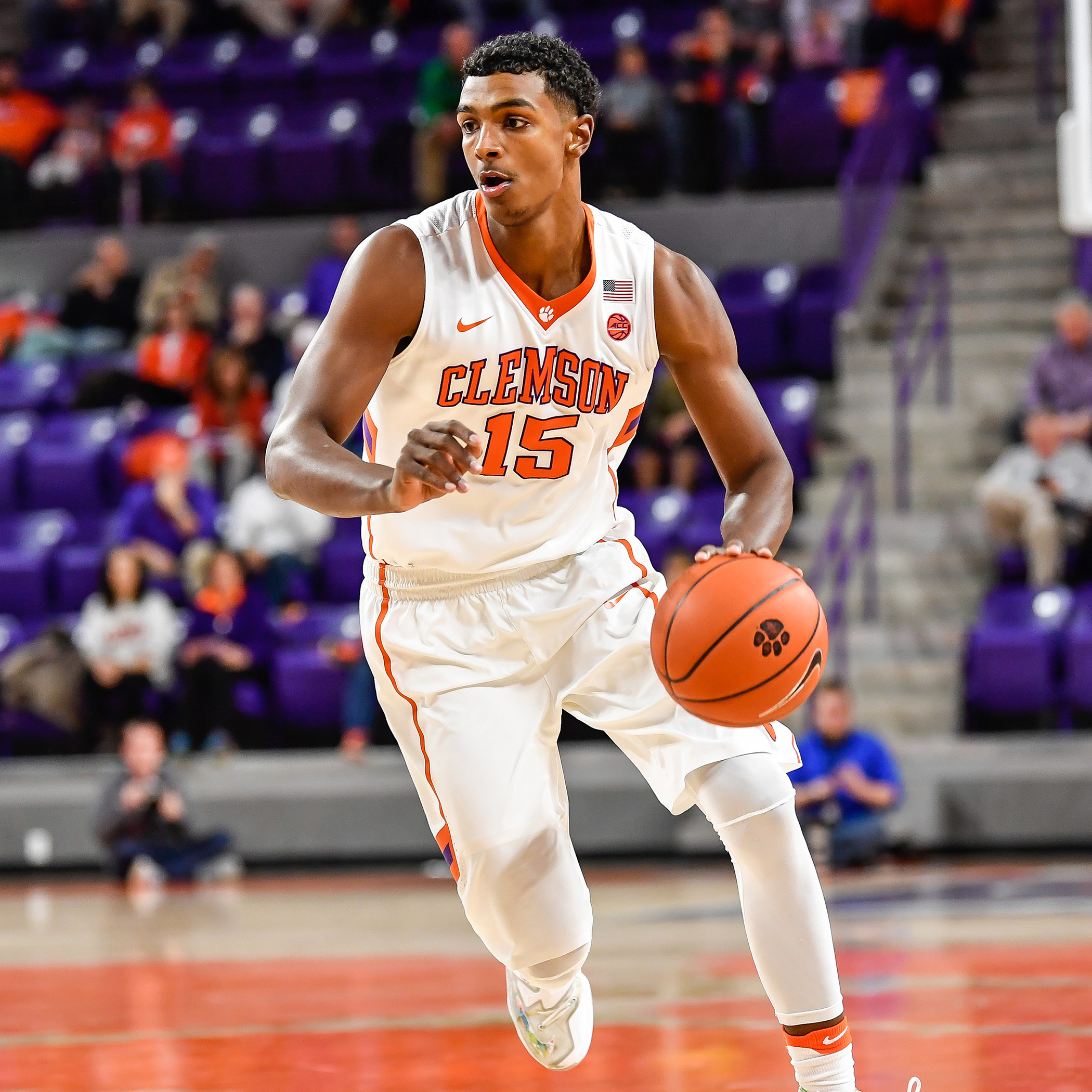 Clemson has had many standout players at the forward position over the last few seasons. It started with the high-flying feats of Trevor Booker and then continued with K.J. McDaniels, who are both in the NBA. The torch then passed to Jaron Blossomgame, who overcame injury to become one of the program’s best at the position and finished fifth in Clemson history in scoring.

Now, that role shifts to senior forward Donte Grantham, who is looking to leave his own mark.

“I’m looking forward to being in that role,” said Grantham. “Jaron was the leader of our team last year, but this summer, I’ve embraced being the guy by working on my craft. I want to be a great leader for our team.”

The Martinsburg, W.Va., native arrived at Clemson as a top-150 product and quickly provided the Tigers with length and athleticism as a forward. What was it that stuck out about Clemson that pulled him away from other schools? He credited the welcoming atmosphere the school provided during his visit.

“The Clemson family is unbelievable. I was looking for a place that really felt like home, where I could play my game, lock in and stay focused, but also have a real college experience.

“When I came here, coach (Brad) Brownell and coach (Steve) Smith and all the players really welcomed me with open arms. I enjoyed myself and it made me feel comfortable from day one. There’s really no words to describe Clemson unless you’re actually here to experience it.”

Inserted into the starting lineup as a freshman, he had to become a fast learner, but his potential was evident, as he managed to lead the Tigers in three-pointers made (41) and tie for the team lead in steals (27). He also became the first Tiger freshman in history to record at least 40 three-pointers, 40 assists, 20 blocks and 20 steals in a season.

It’s not often that freshmen can step in and contribute right away as starters, especially when it comes to competing in the ACC. Grantham has been excited at the opportunity to compete at what many consider to be the pinnacle of college basketball.

“I was thrown into the fire early, but having leaders like Damarcus Harrison, Rod Hall and Landry Nnoko helped show me the ropes of how we work while giving me the space to grow. Now, I’m trying to do the same for the younger guys the same way they did for me, giving them the space to grow, but also being there to help guide them if they need it.”

Having started 94 of 95 career games heading into his senior season, Grantham’s role will only expand. The senior forward is the team’s active career leader with 135 three-pointers made and is third on the team in assists (51).

Grantham is happy to have another season in the newly-transformed Littlejohn Coliseum, as he knows what it would have meant for his former teammates to experience the new facilities.

“There’s nothing like being home with the energy and enthusiasm. There’s nothing I can describe until you have the feeling of being on the court with the lights on you.”

Grantham knows the key to the Tigers putting together a strong year is how they respond to adversity, especially once conference play arrives. Given his experiences, he knows the kind of competition they will face in ACC play as he seeks to be a mentally stronger player.

“There are sure to be times this season where there will be adversity. Whether it’s a harsh stretch of games where shots aren’t falling, staying mentally strong and keeping confidence with our team will be key for all of us and my development.”