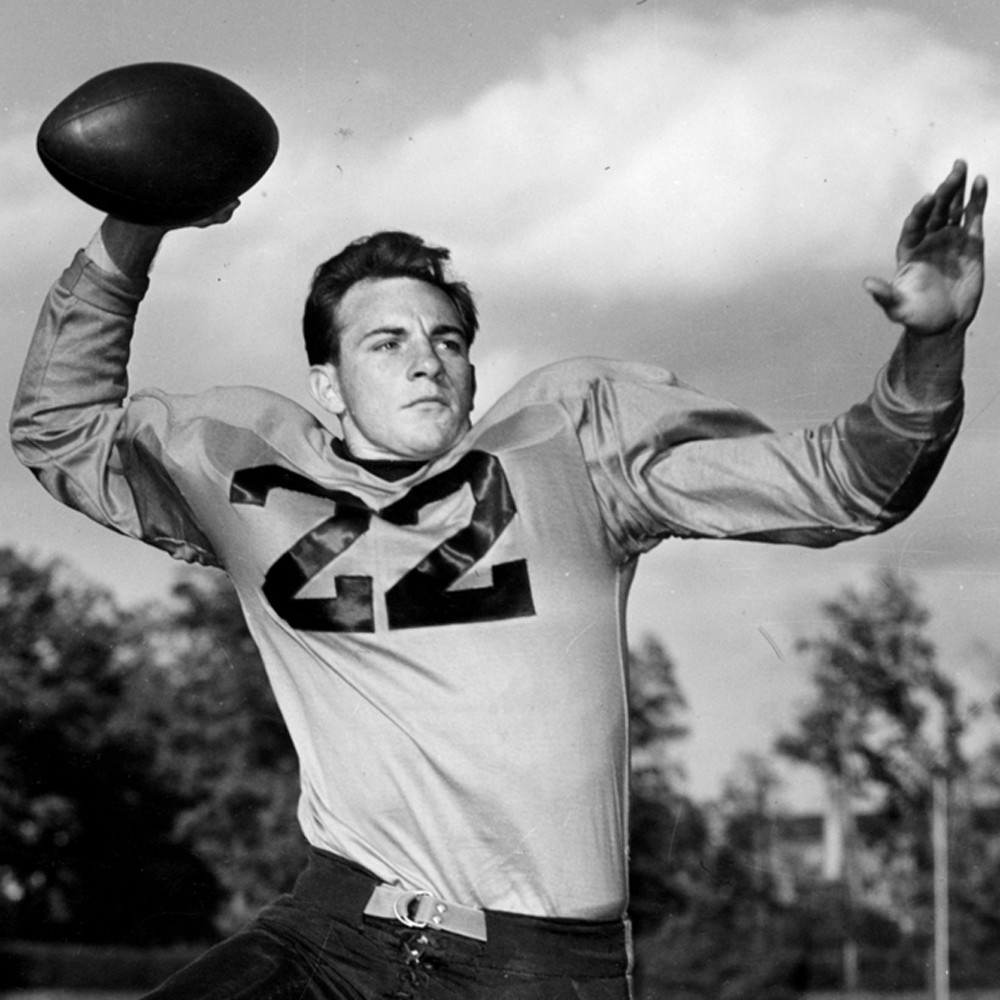 By Sam BlackmanOver 60 years ago Clemson running back Don King brought notoriety to Clemson by winning the nationally renowned and prestigious Swede Nelson Award by a simple act of kindness and respect for an injured opponent.   At the time, this was a coveted award that was presented by the Boston Touchdown Club and was given to the college football player who demonstrated sportsmanship during the year.  To this day, it remains as one of the oldest awards in the nation given to a collegiate player.  After Wake Forest’s Kenny Duckett won the award in 1981, it became a regional award and is only presented to players from the New England area.  In 1953, winning this award was big news for the Clemson football program.  King Sets ExampleOn October 31, 1953, Clemson was playing Wake Forest in Tigertown. In the third quarter, Wake Forest had the ball at midfield trailing Clemson 12-0 when Demon Deacon quarterback Sonny George failed to get up after being tackled.   Coaches, trainers and teammates surrounded George for at least 15 minutes. Ultimately, King left his Clemson teammates, who were waiting for action to resume, and went over to talk to the Wake Forest players and officials; then, George got up and resumed play.  At the time, rules stated that if a player left the field because of injury he would have to sit out the remainder of the quarter, and Wake simply did not have a reliable substitution.

Kane and White explained that Don learned that George would be playing with an injured knee, so he told the rest of the team “when you tackle their quarterback Sonny George–tackle him high and not low, reminding us of his situation.  King had knee injuries himself in several games the past two years.   Kane and White went on to say that King explained to his teammates that he is the only quarterback that Wake Forest had and that we didn’t want him to have a permanent injury.  He had already missed the Miami game and much of the South Carolina game because of the same injured knee.   So Don told us again, “if you tackle him the rest of the game hit him high.”“I decided to share this incident with the Boston Gridiron Club,” said Breedin.  “They obviously liked it, coupled with the good relationship Clemson and Coach Howard had with many of the people in Boston via the Boston College rivalry that began in the 1940 Cotton Bowl, and King was their choice for the award.” King the Record Setter

In addition to King demonstrating class and sportsmanship he was an outstanding football player.  Don King established a Clemson freshman single game rushing record in 1952 that still stands today.

The native of Anderson, SC played for the Tigers and Head Coach Frank Howard from 1952-55 as a quarterback, and safety. On November 4, 1952 he rushed for 234 yards in a tie game at Fordham, the last time Clemson has played a football game in New York City.

King is a Champion