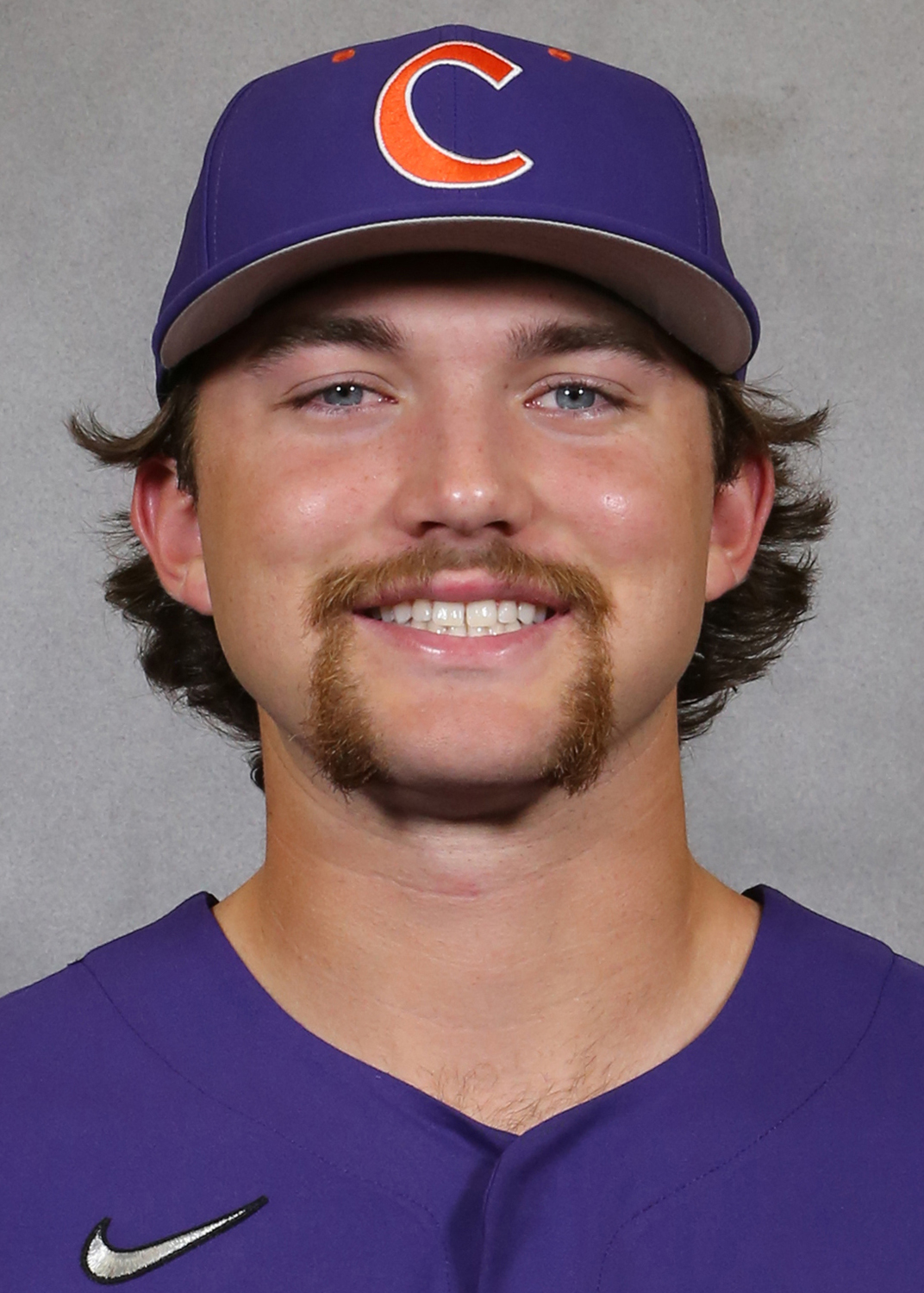 Was primarily used as a long reliever in 2021.

2021: Had an 0-0 record and a 2.57 ERA in six appearances (one start) … in 7.0 innings pitched, he allowed eight hits (.286 opponents’ batting average) and three walks with eight strikeouts … pitched 2.2 innings in a starting role, allowing one hit with four strikeouts against Georgia State on March 16; was his first career appearance … pitched 2.1 innings in relief, allowing no runs and no walks with one strikeout at Georgia Tech on May 7 … pitched 1.1 hitless and scoreless innings in relief with two strikeouts against Duke on May 21 … No. 59 freshman in the ACC in the preseason by Perfect Game … played for Lexington County in the Coastal Plain League in the summer, where he was 3-1 with a 2.09 ERA and 25 strikeouts in 34.1 innings pitched over eight starts.

Before Clemson: No. 356 overall player and No. 122 righthander in the nation by Perfect Game … No. 10 overall player and No. 5 righthander in South Carolina by Perfect Game … all-state selection as a sophomore and junior … region player-of-the-year as a junior … all-region selection as a freshman, sophomore and junior … member of the state runnerup team as a freshman and sophomore … high school teammate of former Tiger Alex Urban … lettered four times in baseball at River Bluff High School, where he was coached by Mark Bonnette.