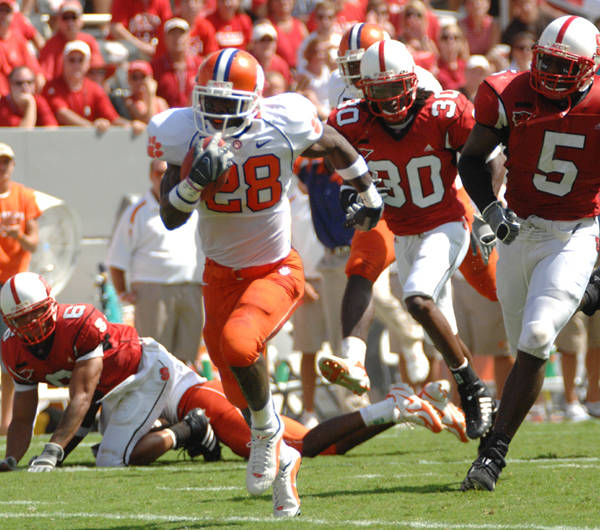 The city of New Orleans will get to know the name that’s famous among Tiger fans, as Spiller signed with the New Orleans Saints during free agency.

Per the team’s official website, Spiller’s deal is reported to be $18 million over four years, a deal that includes $9 million in guaranteed money. Spiller will be working alongside former Alabama running back Mark Ingram, who the Saints have also resigned this offseason.

Prior to joining the Saints, Spiller spent five seasons with the Buffalo Bills, who drafted him ninth overall in the first round of the 2010 NFL Draft. He earned a Pro Bowl bid in 2012 and finished the year with 1,244 rushing yards.

In football, Spiller’s speed made him a dynamic threat to score from anywhere on the field. Spiller’s best year came in 2009 when he opted to return for his senior season. That year, he was named a unanimous All-American, ACC Player of the Year, ACC Championship Game MVP and ACC Offensive Player of the Year. Spiller was also the only college football player in the country to score a touchdown in every single game during the 2009 season.