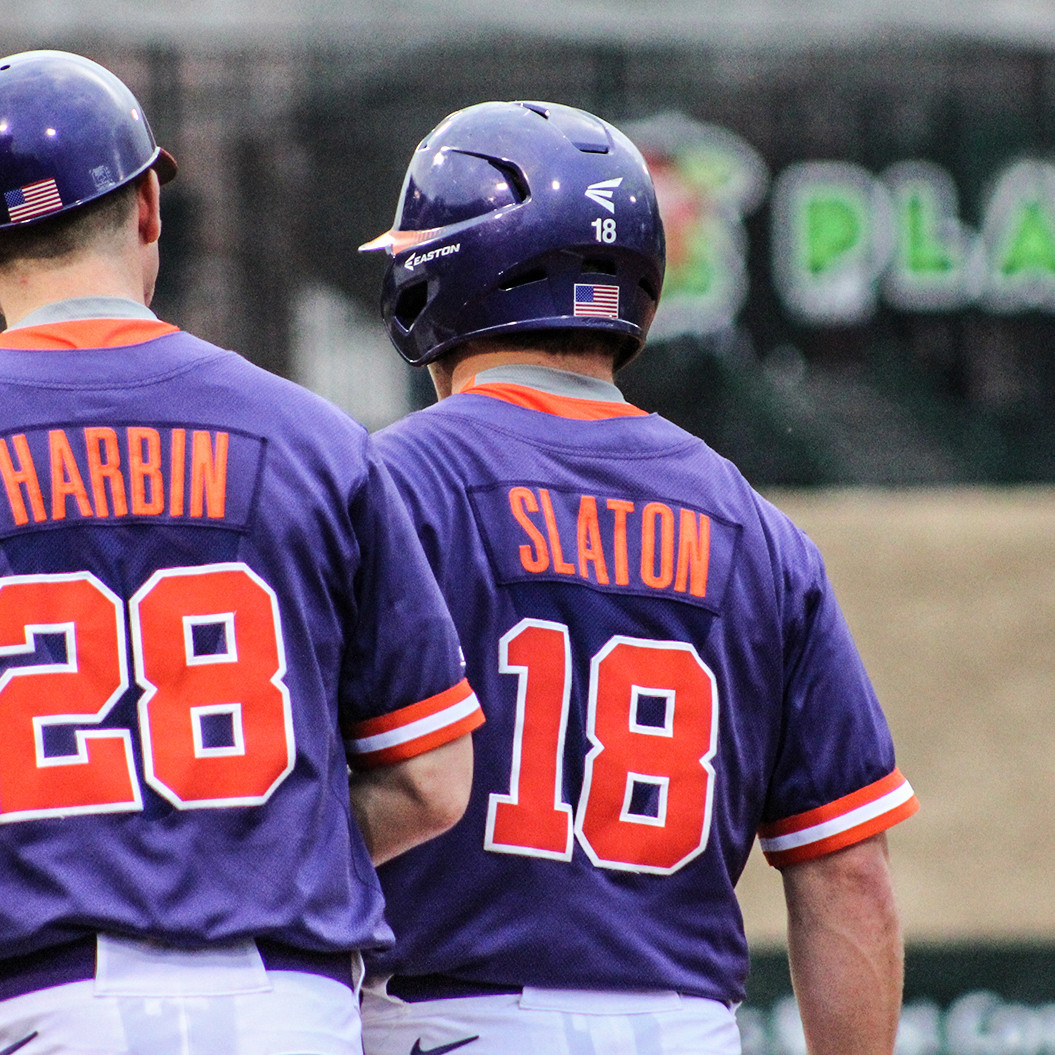 GREENVILLE, S.C. – Blaise Salter hit a three-run homer in the fifth inning to give Michigan State the lead for good in its 8-6 win over Clemson at Fluor Field on Wednesday night. The Spartans improved to 7-7, while the Tigers dropped to 8-7. It was the first meeting between the two since 2011.

Tyler Slaton scored each of Clemson’s first three runs, including one after a triple to lead off the third inning. But with the Spartans trailing 3-2 in the fifth inning, Salter, who was 4-for-4 with a double and four RBIs in the game, lined a three-run homer to left field to give Michigan State a 5-3 lead. The Spartans added one insurance run in the sixth inning and two more in the seventh inning.

Joe Mockbee (1-0) earned the win in relief, as he gave up just three hits, one unearned run and one walk with five strikeouts in 3.0 innings pitched. Tiger starter Charlie Barnes (1-2) suffered the loss, as he yielded four runs on six hits in 4.1 innings pitched.