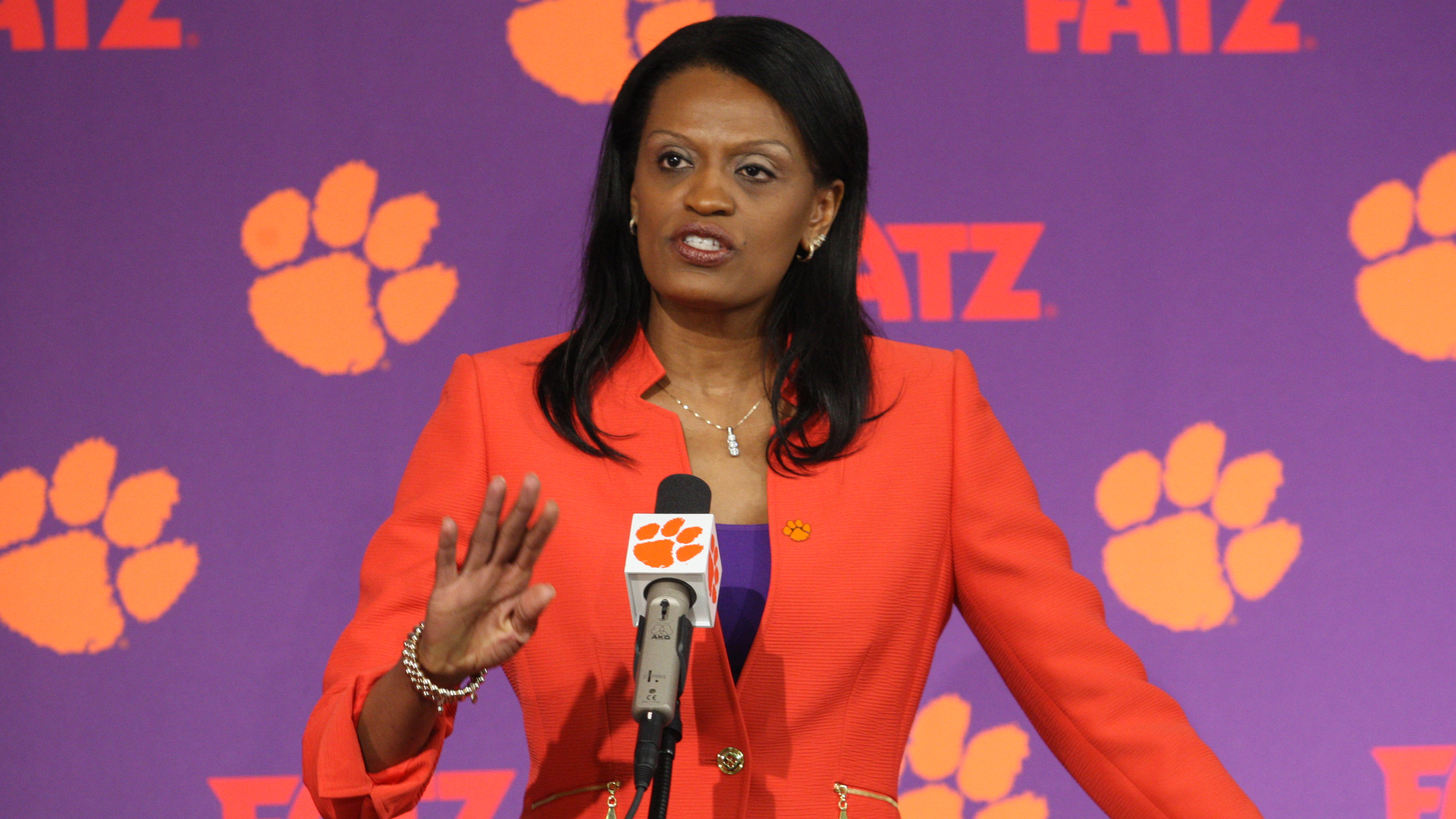 CLEMSON, SC – Head women’s basketball coach Audra Smith announced the addition of three players to her roster for the 2013-14 season. Abrea Harris, Sade Chatman and Paige Mosley are enrolled in the second summer session on campus and participating in preseason workouts.  “I’m extremely excited to have these three young ladies join our Lady Tiger basketball program,” said Smith. “The three of these young ladies, in addition to the very talented young ladies we have, are going to help us make great strides.”  Harris, a 5-foot-9 guard, attended Harding University High School in Charlotte, and led her squad to the 3A North Carolina State Title, earning regional and finals MVP honors. She played with the South Carolina 76ers AAU program, which also produced current Lady Tiger sophomore Nyilah Jamison-Myers.  “Abrea Harris is a strong, athletic guard,” said Smith in her evaluation of Harris. “She’s been a part of one of the most prestigious AAU programs. She brings not only a great ability, but also an extremely high basketball IQ.” Chatman is a 6-foot-3 wing and post player from St. Paul Central High School in Minnesota. She played club ball with the Minnesota Stars Elite. She averaged 14.8 points, 8.3 rebounds, 2.9 blocks and shot .465 from the floor. In her squad’s state championship game, Chatman put on a show, going for 31 points, 16 boards, six blocks, and four assists in an 81-66 victory.  “Sade Chatman is long, lean post player with nice hands and finishes well around the basket,” said Smith. “We’ll be looking for her to be an immediate inside force as a rebounder and to block some shots. She runs the floor extremely well, and is a very smart player.”  Mosley, a 5-foot-11 wing forward, attended the Wesleyan School in Peachtree Corners, GA, the same high school as former men’s basketball standout Tanner Smith. The school has won six straight Georgia 2A Championships, and Mosley was a key contributor this season, playing in all 32 games. She played AAU with the Georgia Hoopstars. Mosley was headed to Towson prior to Smith’s arrival at Clemson.  “Mosley is a superb athlete,” said Smith. “She’s a great defender, and can do a lot of different things with the basketball. She can shoot the three off the bounce. She may be able to spend some time at the point, play some two and three, and we may be able to post her up with her versatility. She’ll be able to push the returners in practice and give them a lot of competition. Paige has a lot of pride and is very tough and very tenacious.” Clemson did not lose any scholarship players off of last season’s final roster, and will have just two seniors, Chancie Dunn and Quinyotta Pettaway, this season. Additionally, they’ll have Alabama transfer Aneesah Daniels available after sitting out the 2012-13 season.  2013 Clemson Signees Sade Chatman (St. Paul, MN); 6-3; Wing Abrea Harris (Charlotte, NC); 5-9; Guard Paige Mosley (Peachtree Corners, GA); 5-11; Wing