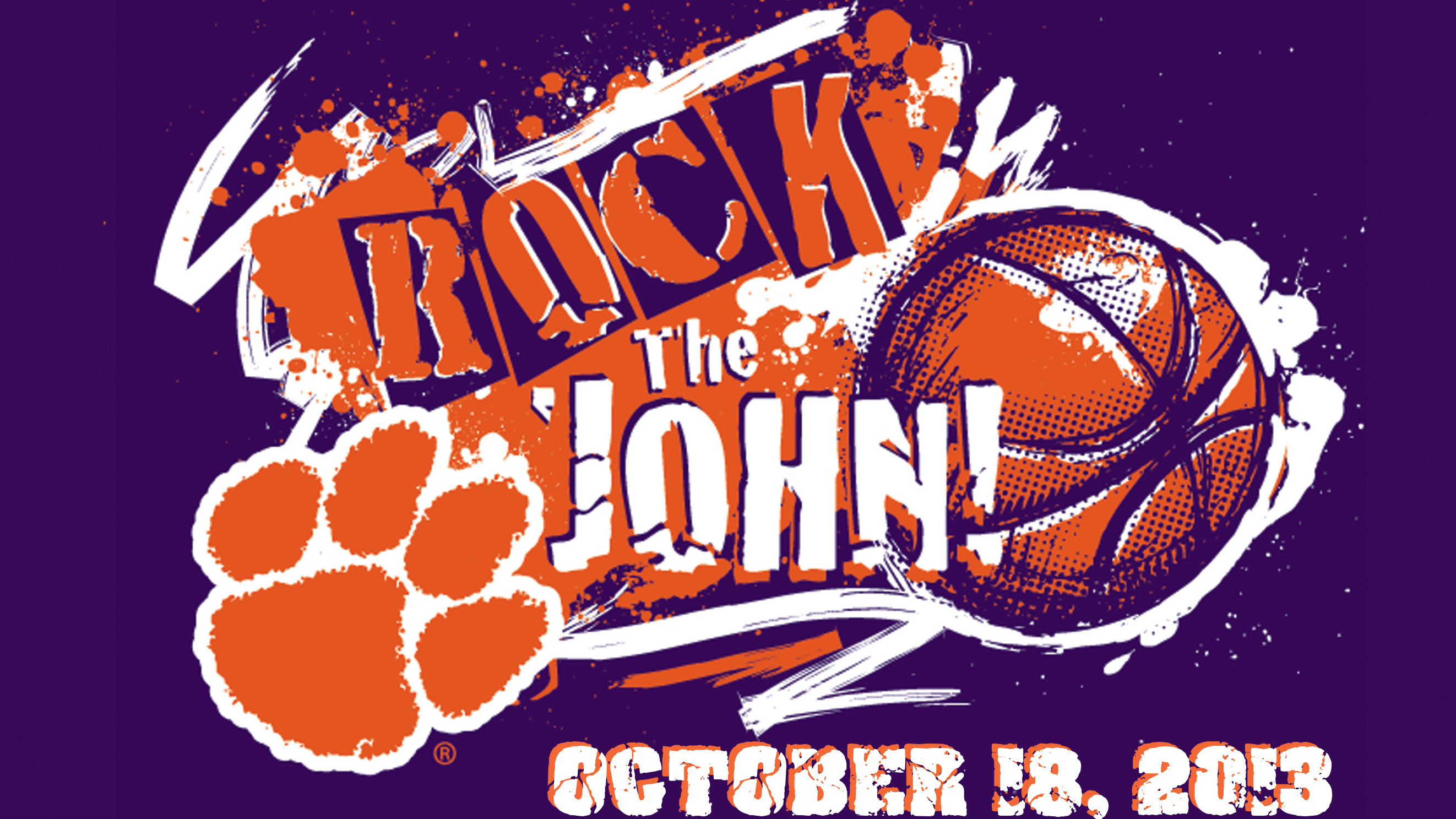 CLEMSON, SC – Clemson’s sixth annual Rock the ‘John – the introduction to the men’s and women’s basketball season – will take place Friday, Oct. 18 at Littlejohn Coliseum.  Doors open at 7:30 PM, and the event gets underway at 8:00. Admission is free of charge.   Rock the ‘John will be emceed once again by JDew, the in-game host for Tiger men’s basketball games during the season.  The first 2,000 fans through the door will receive Rock the ‘John glow sticks, while all fans will receive schedule cards, posters and key tags.   Fans will not want to miss Friday’s edition, which will feature a “lights out” theme.  A fire juggling entertainment act will set the scene, followed by performances from the Clemson cheerleaders and Rally Cats.  Following several promotional opportunities, games and giveaways, the 2013-14 men’s and women’s teams will be introduced by class. Both teams will take part in brief scrimmages as well.   Following the team introductions and scrimmages, selected members of the men’s squad will take part in the annual dunk contest.  The crowd will help take part in the judging of the dunks.  The event will end with the night’s biggest promotion, a chance for one fan to win $25,000. Following the final promotion and t-shirt toss, men’s and women’s players and coaches will sign autographs on the concourse level.   Fans are urged to use our official hashtag (#RTJ) on social media throughout the week leading up to the event, and to be interactive during the event itself for a chance to earn prizes.  Be sure to follow the Clemson basketball programs on Twitter (@ClemsonMBB & @ClemsonWBB) and Instagram (@ClemsonTigerMBB & @CULadyTigers).