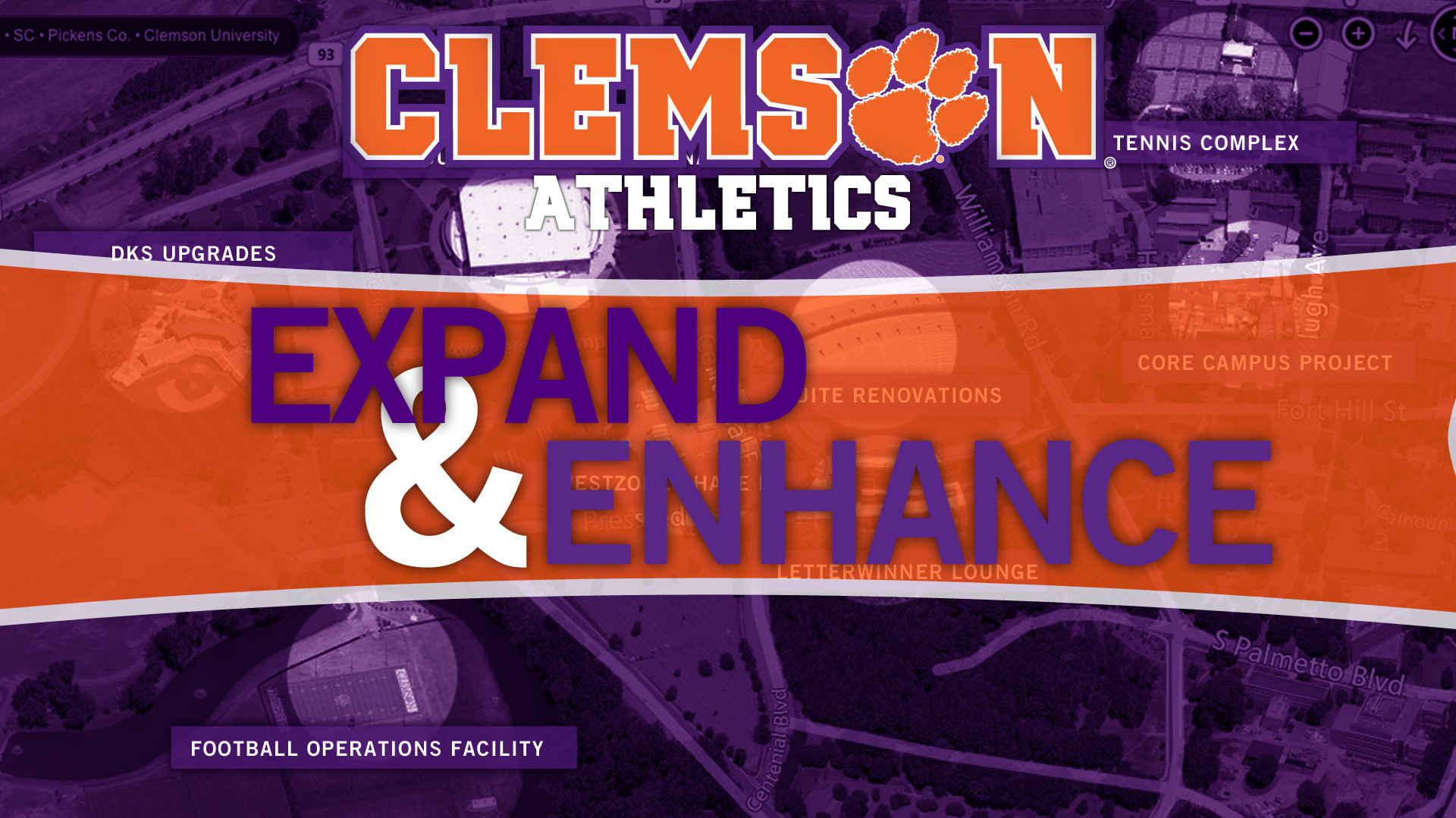 CLEMSON, SC – Dan Radakovich made no secret he had big plans coming soon for Clemson’s athletic facilities. The only questions were how big and how soon.Those answers came Friday when the university’s Board of Trustees approved a comprehensive facilities initiative including final approval on two capital projects and pre-concept approval on six others for an update of the school’s athletic facilities.”First of all, I want to thank the board for their time and vision to see the need for Clemson University’s athletic facilities to continue to be industry leaders,” Radakovich said. “Clemson has consistently been in the forefront of athletic facilities and accommodations for our student athletes, and these projects provide a roadmap to continuing Clemson’s tradition of excellence.”One of the plan’s features is a rebuilt basketball arena that will keep Clemson’s home court at the current site of Littlejohn Coliseum, which Radakovich said was a big reason for the decision to go this route rather than build a new arena. “There has been exhaustive research, both with our staff and with campus, to really see what is the best move for not only the athletic program, but also the campus in general,” the Clemson director of athletics said. “At the end of the day, looking at a number of different factors, rebuilding the basketball arena on its current site, which is phenomenal, is the direction we’re going to go.”The planned schedule is for the rebuilt arena to be ready for occupancy in Fall 2016, meaning the 2015-16 season for the men’s and women’s programs would be played away from campus.”Hopefully we can work out playing a year away in Greenville, which is Orangeville, as we like to say, and really throw a stake into the ground there,” Radakovich said.The pre-concept plans include a rebuilt playing arena and seating bowl, along with housing all the men’s and women’s basketball program operations in the most-connected on-campus facility in the nation. They call for a significant upgrade to the exterior of the building, as well as giving the interior a modern, open feel to result in a total transformation from the current state.”One thing that’s really important for all Clemson fans to understand is – there is a clear goal here,” he said. “And the goal is, if you stood at mid-court in the current coliseum and looked around, and you stood at midcourt in the new basketball arena, you would think you’re in two different places.”Radakovich said the pre-concept approval stage of a project refers to continuing to vet the idea and develop the plans until it reaches the stage where it can go back to the Board of Trustees for further approval.The two projects that received final approval from the trustees Friday are upgrades to Doug Kingsmore Stadium and the third-phase addition to the WestZone Complex at Memorial Stadium.Kingsmore has already undergone a field renovation, which entailed taking up the field, putting down a new natural-grass surface and improving the drainage to allow the field to better handle inclement weather.The new project will be an addition to the stadium, and its primary focus is expanding the players’ facility, along with moving all the team’s workspace, including the coaches’ offices, under one roof.”One of the things that had been foremost in Coach (Jack) Leggett’s mind is to do something for the players,” Radakovich said. “Down the first-base line, we will have a large building that will house offices, meeting space and the locker room. So that will be the major improvement we’re talking about. Also, there will be some new seats very close to the field. Those will be added on as field-level boxes for the fans, and they will be a tremendous vantage point to watch Tiger baseball.”

The hope is to begin the baseball project after the 2014 season is complete.

As for the third phase of the WestZone, the addition will include a new pedestrian bridge through the mid-level of the WestZone, as well as the construction of the Oculus that will be the signature vertical element of Memorial Stadium.The completion of the WestZone represents the football upgrades approved for final approval, but it is not the only part of the facilities initiative planned for the school’s bellwether program.Three of the six projects that received pre-concept approval also directly benefit the football program: suite renovations at Memorial Stadium, the construction of a new Letterwinner Lounge and the addition of a Football Operations building near the recently opened Indoor Football Practice Facility.The estimated costs of the three new projects – combined with the construction costs of the recently opened indoor practice facility – put the scope of the investment into the football program nearly identical with the investment into the school’s basketball programs the rebuilt arena will require.”I can’t say enough about how important football is to everything we do here at Clemson,” Radakovich said. “It is really the flagship athletic program that we currently have. So we really need to look to not just today or tomorrow, but we need to look three or four years down the road and what is the next step that our football program needs to continue to stay competitive within the Atlantic Coast Conference and nationally.”Two more projects also received pre-concept approval: a Core Campus Project that will relocate Clemson’s student-athlete academic services to a new spot on campus, and expansion and renovation of the school’s tennis complex that will include a six-court indoor facility.In addition to the eight capital projects mentioned, Clemson also has a slew of other projects ongoing or recently completed.Those include the resurfacing of the baseball field, new hitting bays at the golf facility, upgrades at Jervey Gym, renovating the football locker room and recruiting areas, improving the WiFi services in and around Memorial Stadium and adding permanent restroom facilities in the game-day parking areas.”We call those ‘impact’ projects, and the reason we call them that is it doesn’t effect our debt load and our debt capacity,” Radakovich said. “Those are things that we’ve been able to receive gifts for or fund through our athletic budget.”The capital projects, on the other hand, will require significant fundraising to come to fruition, which is where IPTAY comes into play.”It is a big task, but we’re excited about it,” IPTAY Chief Executive Officer Davis Babb said. “Dan has laid out a wonderful facilities plan, the trustees have approved it, and we’re extremely excited about being a good partner in support of Clemson Athletics going forward. “What is especially exciting to me and our team is the plan is very comprehensive in nature – from academic support and student services to practice facilities and competition venues. It also offers opportunities for letterwinners and general fans who are here to support through our premium seating. So, we think the message will ring loud and clear, and we’re excited to get out and share the word.”