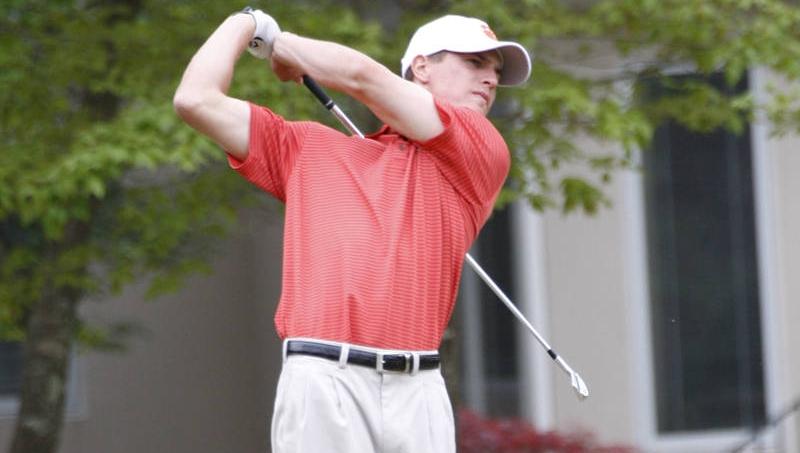 CLEMSON, SC – Six former Clemson golfers advanced to the final stage of PGA Tour Qualifying over the weekend at two different sites. All six will now go to the third and final stage at LaQuinta, CA November 28 through December 3.

Brian Duncan, Vince Hatfield, Ben Martin and Danny Ellis all advanced with top 19 finishes at Southern Hills Country Club in Brookville, FL. Phillip Mollica and Stephen Poole all moved on through play at the Redstone Country Club in Humble, TX.

Duncan had the best performance with a 274 score for his four rounds at Southern Hills. He finished in fourth place with a -14 score. The former Clemson All-American on the 2005 Clemson team had rounds of 65-69-70-70.

Ben Martin, also a native of Greenwood, had a strong weekend to finish in 15th place at 279. Martin was a member of the PGA Tour two years ago, his rookie year out of Clemson and played well enough on the Web.com Tour this year to earn his card for another year.

Danny Ellis finished in a tie for 19th place with a 280 score to advance. The top 19 players advanced out of that region. Ellis, who has been on the PGA Tour five previous years, had consistent rounds of 69-71-70-70.

Sam Saunders and Corbin Mills both competed at this site, but did not advance.

Mollica finished ninth at the Humble, TX site with a nine-under-par score of 279. His second round 65 was a highlight for the former Tiger from Anderson, SC. Poole, a native of Spartanburg, finished one stroke back at 280 to finish in a tie for 12th.