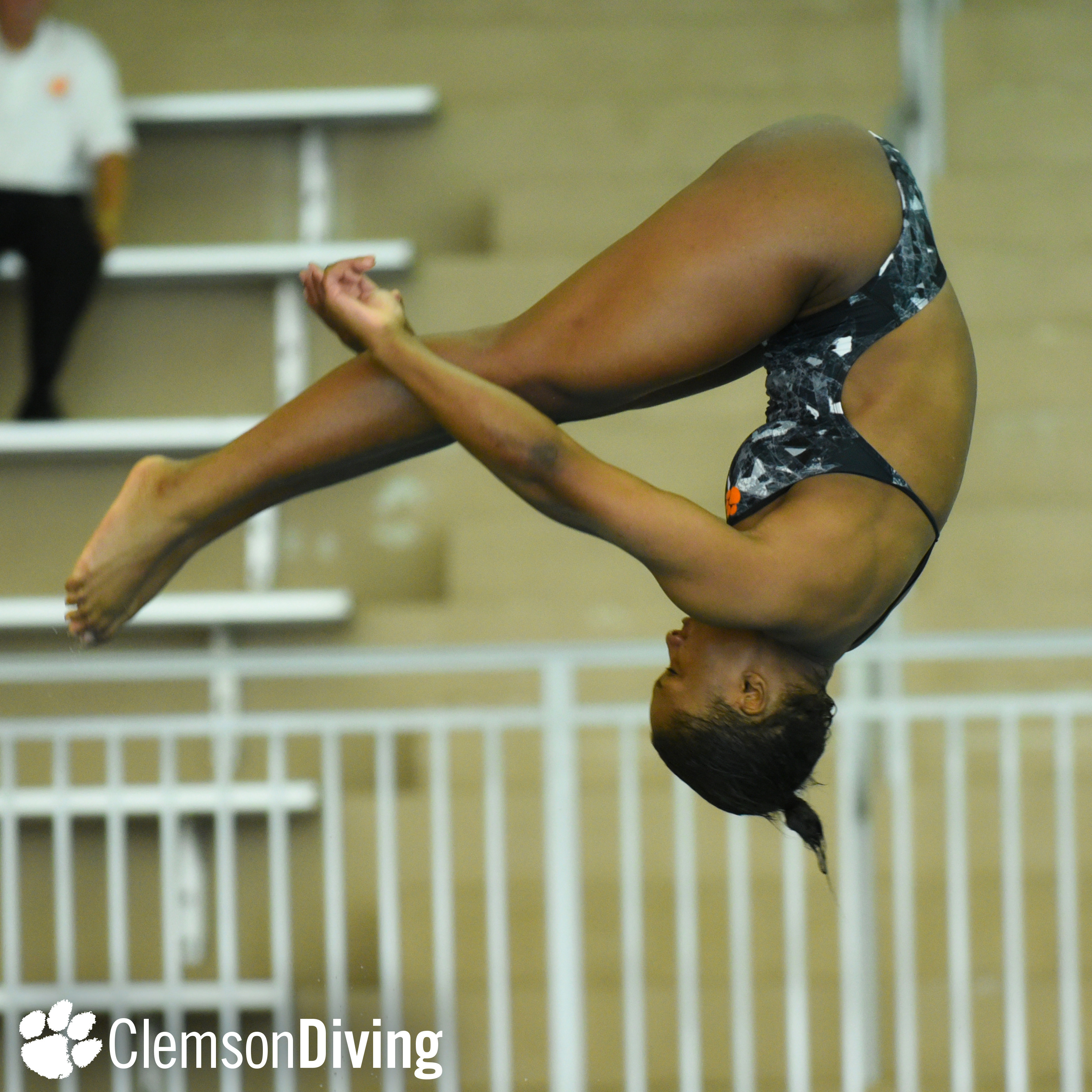 CLEMSON, S.C. – Six different Tigers earned NCAA Zone qualifying scores, including three, seniors Danielle Reitsma and Sarah Braun and sophomore Jaya Brown, who did so in both the one-meter and three-meter, in the Clemson diving team’s dual-meet victory over West Florida on Saturday morning at McHugh Natatorium. With the 23-15 win over the Argonauts, Head Coach Leslie Hasselbach Adams’ Tigers are now 4-0 on the young season.

In the three-meter, Monica Amaral of West Florida won the event with 315.53 points, while Tiger divers claimed the next 11 spots, with the top five Clemson finishers all earning NCAA Zone qualifying scores. Sophomore Sarah Blank was the top Clemson diver in the event, earning second place with 298.21 points, while freshman Freida Lim placed third with a score of 296.78. Brown, Braun and Reitsma finished fourth, fifth and sixth, respectively, to round out the zone qualifiers.

Reitsma claimed first place in the one-meter, breaking the 300-point mark with a score of 301.12. The Argonauts’ Amaral took second, followed by Brown, Braun and junior Hannah Donovan, all three of whom also recorded NCAA zone scores, in third (280.80), fourth (280.20) and fifth (269.17) points, respectively.

The Tigers travel to Annapolis, Md. to compete in the Navy Invitational on Nov. 5 and 7, before returning to Clemson to host South Carolina on Wednesday, Nov. 9 at 5 p.m. at McHugh Natatorium.