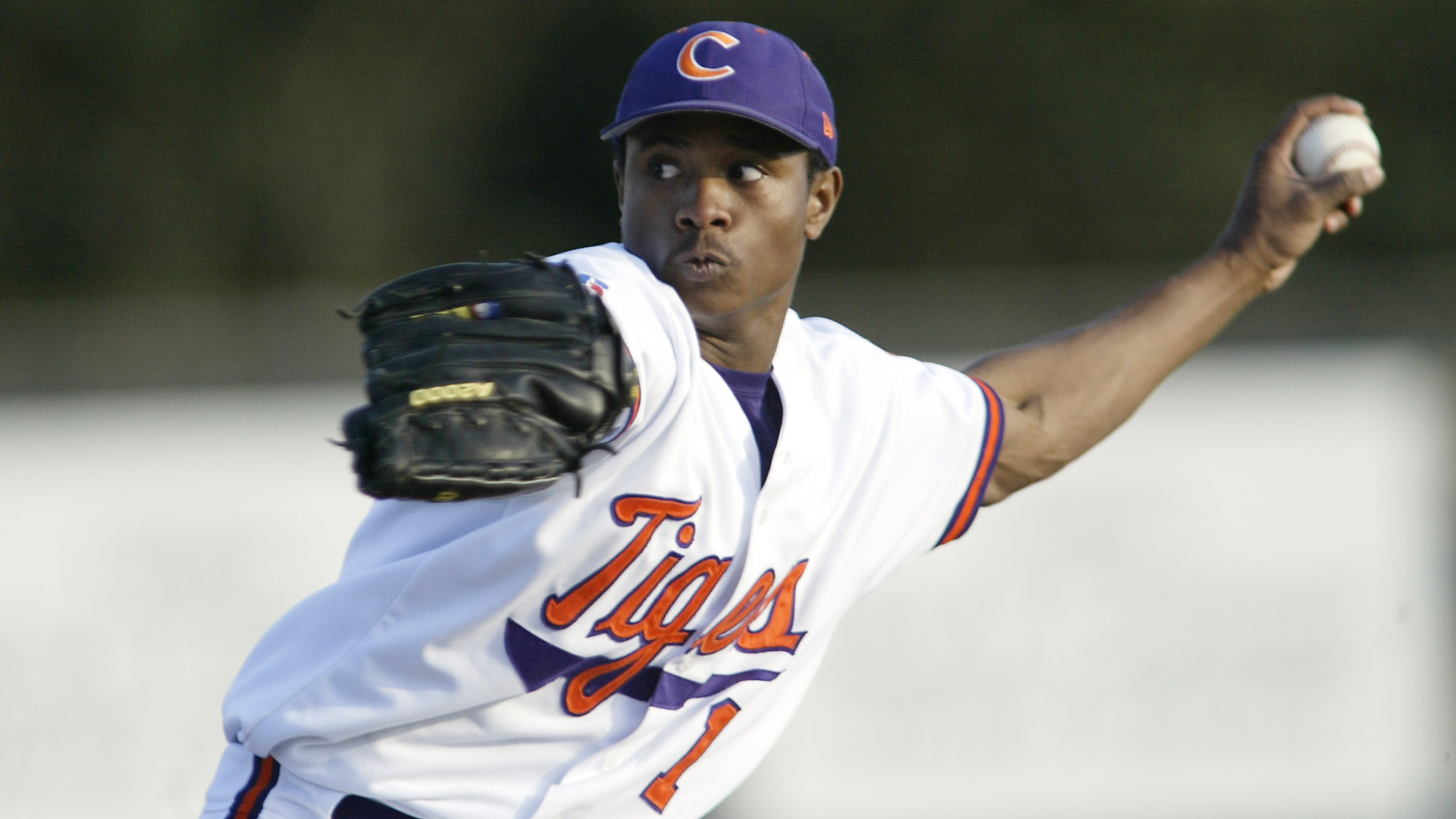 CLEMSON, S.C. – It is not very often you see a major league hurler stand on a surface other than dirt while a pitch is being thrown. But that is exactly what happened after former Tiger Tony Sipp entered Monday night’s game against the Diamondbacks.

In the game, he tossed 1.2 hitless and scoreless innings with three strikeouts to record his fourth hold of the season. He became the first major leaguer to pitch and play in right field in the same game since 2012. In 13.1 innings pitched over 15 relief appearances in 2014, Sipp has a 2.70 ERA, .146 opponents’ batting average and 19 strikeouts against only two walks.

His move to the outfield brought back memories from his time as a left fielder and center fielder when he donned a Tiger uniform in his one season (2004) at Clemson. He was one of Clemson’s top relievers, but he also played over 50 games in the field. He hit .280 with 48 runs, 13 doubles, four triples, one homer, 23 RBIs and 20 steals.