Of Simms’ 16 rebounds, seven came on the offensive glass. The United States grabbed 23 offensive rebounds on the night and out-rebounded Israel 53-36.

The United States was also aided by freshman Al-Amir Dawes’ 16 points on 5-of-10 shooting from the field, including an impressive barrage of 3-pointers, finishing 4-for-5 from behind the arc. Dawes grabbed two rebounds and dished out two assists.

The United States found themselves down by a game-high 17 points with the score in favor of Israel 26-9 in the first quarter. The USA Team bounced back in a big way and had the score knotted at 41-41 entering halftime.

The USA’s biggest lead of seven proved to be a 24-point turnaround in the game.

The USA will play Thursday night at 8 p.m. (2 p.m. ET) against Ukraine for the gold medal. The game will be streamed FISU.TV. It is FREE to register and log in to view. The game will prove to be a rematch from pool play that saw the United States squeak out a 59-58 win. 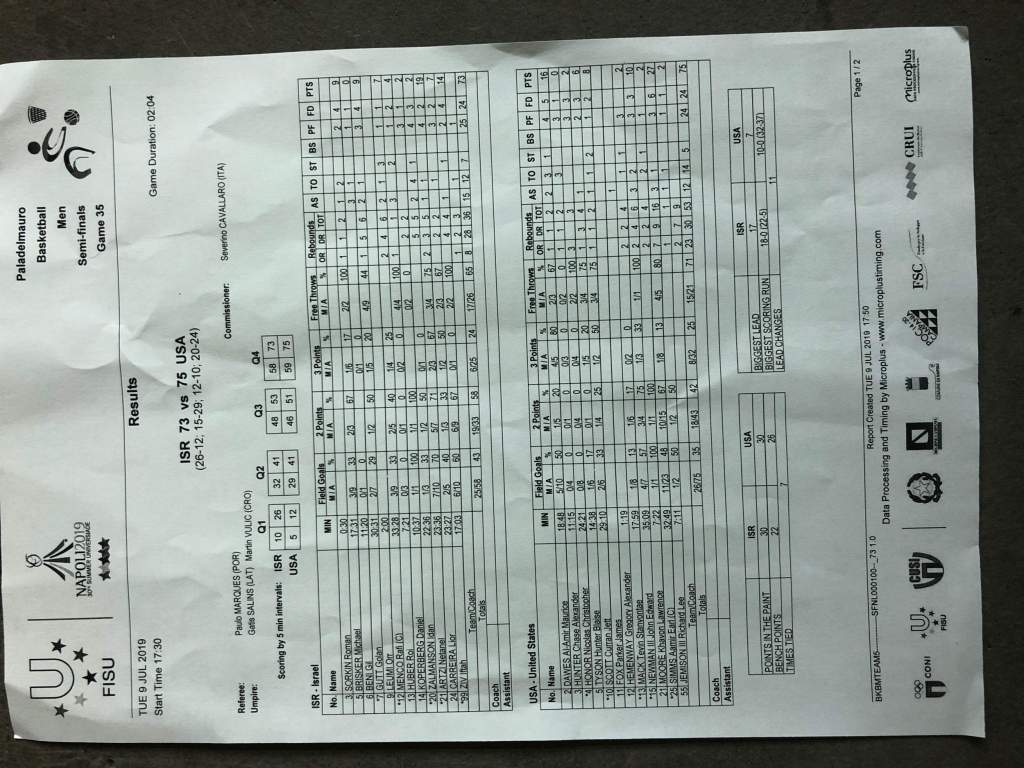