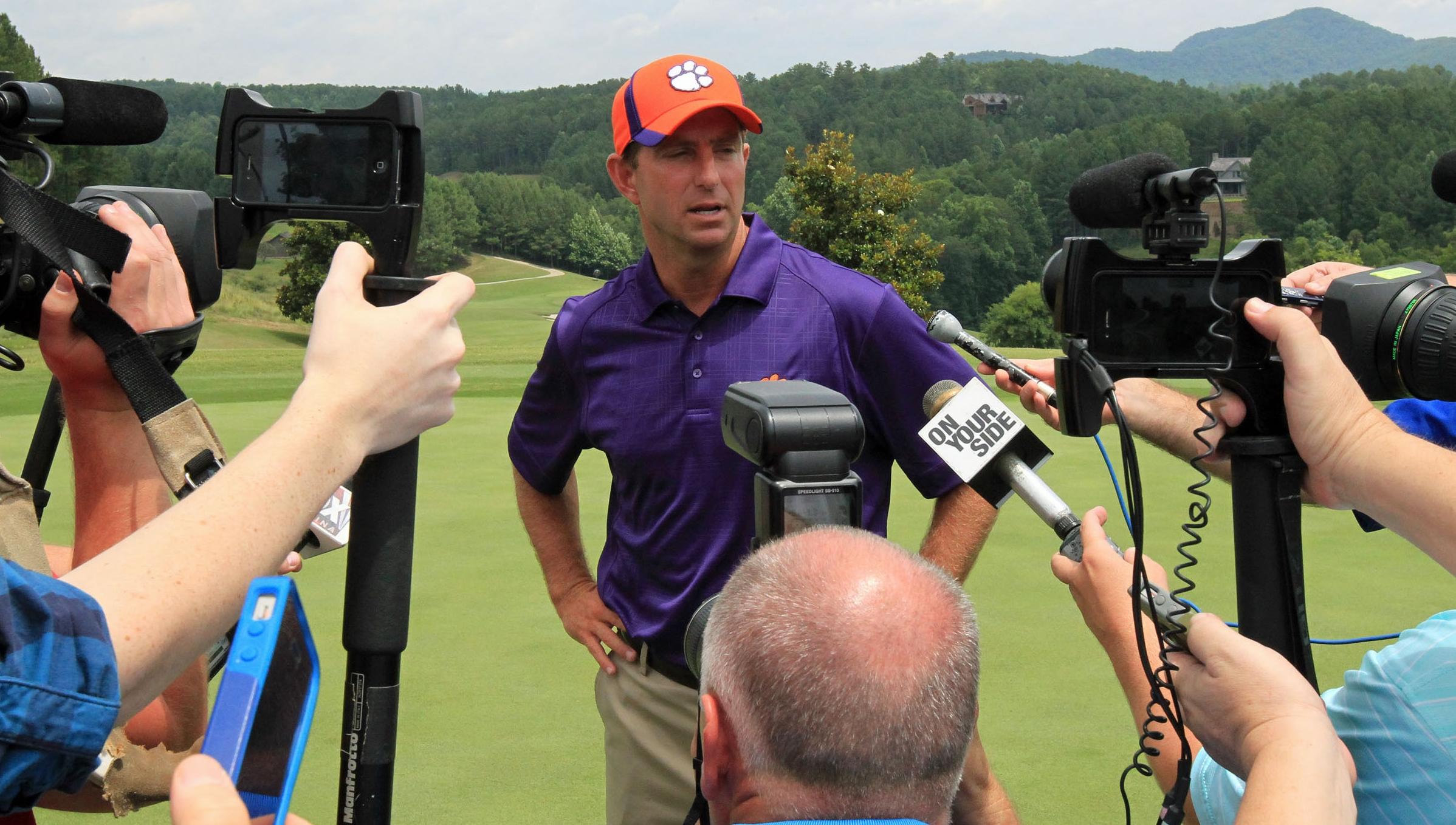 The 2014 Dabo Swinney media golf outing was a huge success. Nearly 50 members of the local media, including several from ACC television partner Raycom Sports, took part in this year’s event. As is standard practice, Swinney camped out on the par three 16th hole and played with every group that competed.

After the round, Swinney pulled off the greatest surprise of the day. After playing the 16th with longtime football sports information director Tim Bourret, Swinney noticed Bourret’s golf shoes had fallen apart. In fact, in his own words, Bourret was relegated to wearing “slippers” to finish out his round.

Swinney finished early and drove back to the clubhouse, where he found a pair of Ashworth golf shoes in the pro shop that fit Bourret’s profile perfectly. The shoes even had Irish green bottoms in honor of Bourret, a Notre Dame graduate. Needless to say, Bourret was touched by the gesture.

A few photos from the day’s events: GALLERY

Dan Brooks, Tony Elliott, Robbie Caldwell and Brent Venables all met with the media for extended time Tuesday to address key questions stemming from the offseason with regards to their specific groups.

With the scenic backdrop of the Blue Ridge Mountains, the common vibe shared by the coaches who met with the media for the morning session was that the 2014 Tigers seemed to be under the radar a little bit heading into fall camp, which gets underway Friday, Aug. 1.

Shortly after 12:30 p.m., Swinney addressed the media on one of the practice greens at The Reserve, before heading out to take part in the annual golf event at 1 p.m. The event features a captain’s choice format with prizes allotted for the winning team, long distance drive and closest to the pin.

Swinney and several other coaches from the staff meet with the media after the golf outing. Check ClemsonTigers.com throughout the afternoon and early evening for more updates from media day.