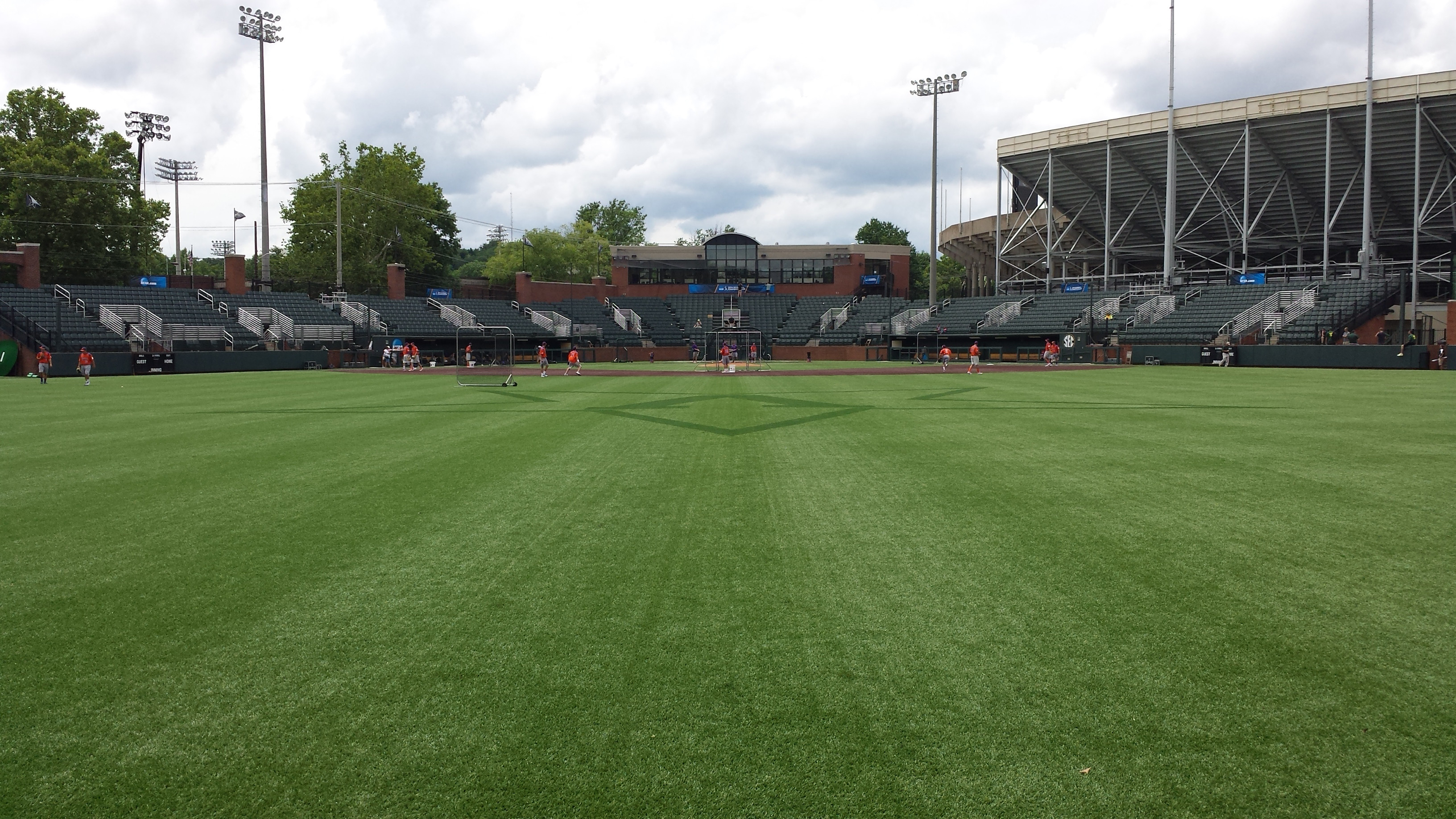 NASHVILLE, TENN. – The Clemson baseball team is in the home of country music for the Nashville Regional, hosted by Vanderbilt. The Tigers arrived in Nashville on Wednesday evening after a five-hour bus ride. Shortly after arriving, the team had a great three-course meal at Maggiano’s.

The Tigers then had their 75-minute practice Thursday afternoon at Hawkins Field, which features field turf. Clemson has not played an NCAA Tournament game on an artificial surface since the 1999 Fayetteville (Ark.) Regional. However, four of Clemson’s five ACC road series earlier this season were played on infields that featured field turf.

Former Tiger standouts Kyle Parker (2008-10) and Ben Paulsen (2007-09) stopped by practice to meet with current players and Head Coach Jack Leggett. Both players are members of the Colorado Springs Sky Sox, the AAA affiliate of the Colorado Rockies. The Sky Sox are in town playing the Nashville Sounds.

After Thursday’s practice, Leggett, Matthew Crownover and Daniel Gossett met with Chris Burke and Dave Neal, the television announcers for the Nashville Regional, along with ESPN producers across the street from Hawkins Field.

Later in the evening, representatives from the four programs in the Nashville Regional were at the NCAA meeting that each team is required to attend the night before the regional begins. Leggett met up with his former Clemson assistant, Vanderbilt Head Coach Tim Corbin, at the meeting.

The Tiger pitchers took the two bullpen catchers, Ben Whitmire and Tyler Crocker, out to dinner as a thank you for the hard work and dedication they have displayed all season, with little or no fanfare.

Check out some of the sights and sounds below from Clemson’s trip leading up to the first game against Oregon on Friday at 1 p.m. EDT.