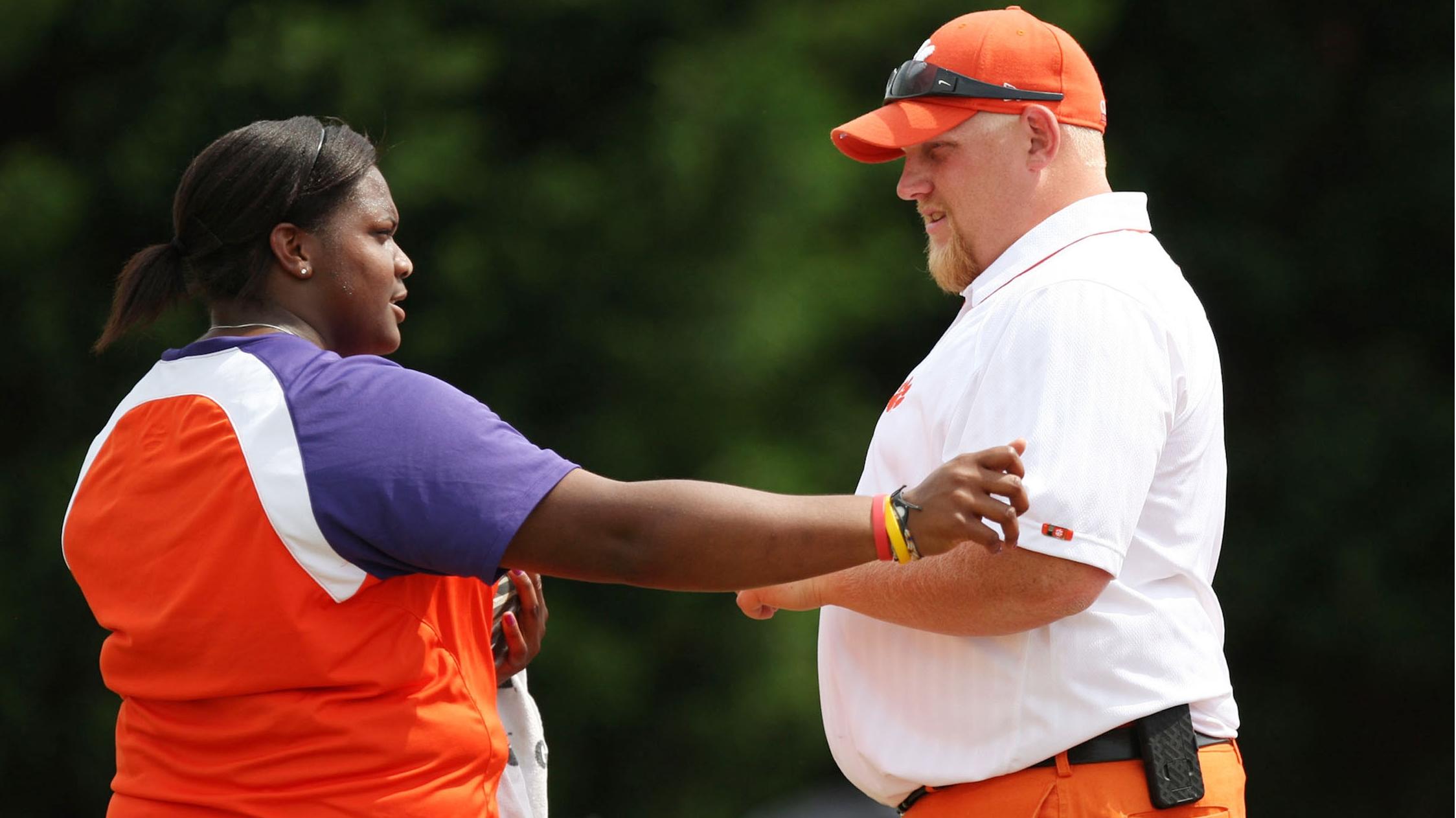 CLEMSON, SC – Clemson Interim Director of Track & Field Shawn Cobey has been named ACC Women’s Indoor Coach of the Year. It is the first honor for Cobey, who took over on an interim basis on Jan. 8 of this year. Cobey, in his fourth season overall as a member of the Tiger track & field coaching staff, led the Clemson women to their fourth straight ACC Indoor Championship this past weekend in Blacksburg, VA.”This is an honor I accept on behalf of our coaching staff and student-athletes,” Cobey said. “Through their hard work and leadership, we were able to come together despite a transitional period. I couldn’t be more proud of our women for the championship manner with which they represent this program, on and off the track.”Cobey’s team scored 141.5 points, well clear of runner-up Florida State, who had 100. The Tiger women produced five individual ACC champions plus a gold medal winning 4×400 relay for a fourth straight season. Clemson is the first ACC women’s program to earn four straight indoor league titles since North Carolina from 1998 to 2001.Dezerea Bryant was named the ACC’s Most Valuable Track Performer for a second consecutive season. In fact, she is the only female in ACC history to win both the 60 and 200 dashes in consecutive seasons. Also on the track, Marlena Wesh became the ACC’s first female since Monique Hennagan from 1996-98 to win three straight league titles in the 400-meter dash. She then ran second leg to the lead the Tiger 4×4 to another gold medal, along with Keni Harrison, Nnenya Hailey and Nia Fluker.A pair of Cobey’s student-athletes set ACC Championships records this past weekend. Brianna Rollins set a new standard in the 60 hurdles with a winning time of 7.90 in the final. Brittney Waller broke Laura Gerraughty’s record in the 20-pound weight throw, with a toss of 70’10.5″ on her first attempt Friday.In addition, Cobey’s program accounted for seven silver or bronze medal finishes. Stormy Kendrick earned two medals in the short sprints, while Harrison did as well in the 60 hurdles and 400 dash. In the field, jumpers Jasmine Brunson and Mimi Land were medalists in the triple jump and long jump, respectively.