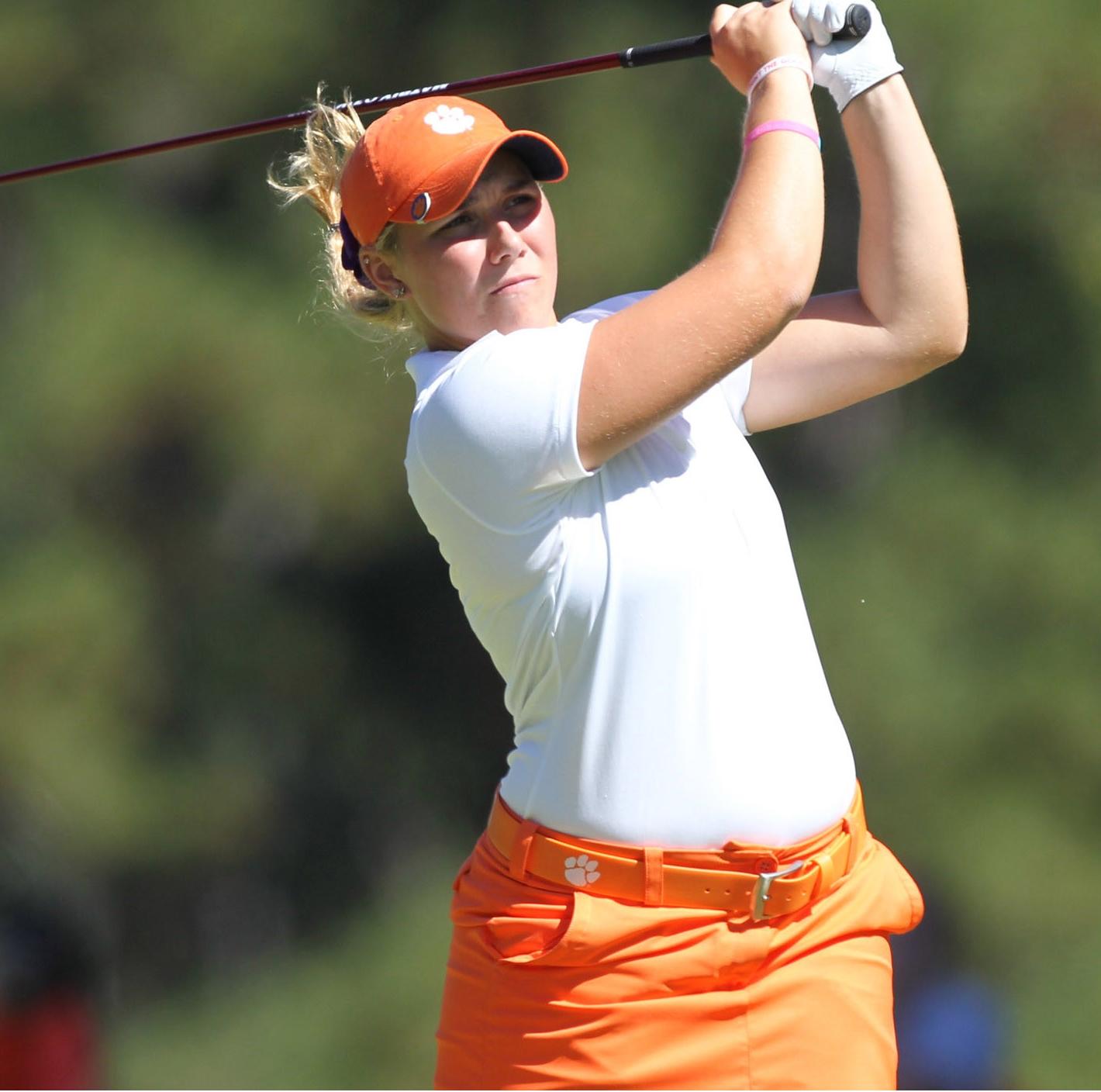 CLEMSON, S.C. – Sloan Shanahan was named All-ACC on the course and in the classroom for her performance in her freshman year, and now she can add another award to her name. The Women’s Golf Coaches Association released their All-American scholars on Wednesday and Shanahan was awarded the distinct honor.

Recipients must have a 3.5 cumulative GAP for the 2013-2014 school year, and a total of 664 women’s collegiate golfers on the Division 1, 2, and 3 levels were recognized with the prestigious honor. Shanahan was one of only nine Atlantic Coast Conference players to receive the honor and one of only three ACC freshmen. Miami’s solo player was also a freshman, Daniela Darquea and one of the University of North Carolina’s two selections was freshman Leslie Cloots.

Seven ACC schools had at least one selection, highlighted by the University of North Carolina and Notre Dame who both had two. Louisville, the ACC’s newest member had four selections in their last year in the American Athletic Conference.

Shanahan is finance major at Clemson and finished her freshman year with a 3.64 GPA.