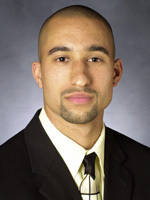 Shaka Smart, most recently the associate head coach at Akron the last three seasons, has been named an assistant basketball coach at Clemson. Tiger Head Coach Oliver Purnell made the announcement Wednesday. Smart replaces Kevin Nickelberry, who resigned earlier this month to become the head coach at Hampton University.

This is actually the second time Smart has been hired at Clemson by Purnell. He came with Purnell from Dayton to Clemson in 2003 as the director of basketball operations. But, in June of 2003, Smart accepted the coaching position at Akron.

“We are very pleased to have Shaka Smart return to Clemson,” said Purnell. “Shaka worked with our program at Dayton and he made a big impact on our final two seasons. For the last three years he has been a major reason Akron has made significant improvements. They won 23 games this past year and we saw first hand the strength of that program because we had a very competitive game with them in Puerto Rico (66-59 Clemson win). Shaka is a terrific young coach and we are very excited he has decided to return to Clemson.”

Akron finished the 2005-06 season with a 23-10 record, its highest victory total since it became a Division I program in 1980-81, and the most by any Akron team since 1971-72. The Zips posted a 14-4 record in the MAC, their highest conference victory total in one season in history, and advanced to the second round of the NIT. It was Akron’s first postseason bid in 17 years and the opening round NIT victory over Temple that ended John Chaney’s coaching career was the first Division I postseason win in school history.

Akron had a 42-20 overall record under head coach Keith Dambrut, including a 25-11 league record over the last two seasons.

Prior to his time at Dayton and immediately after graduating from college, Smart served as an assistant coach at California University of Pennsylvania. The school had a 40-16 combined record for those two seasons. While he worked at California (PA), Smart earned his master’s degree in social science.