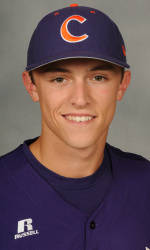 The Charlotte, NC native, who will be the first Tiger to participate in a college home run derby, hit a team-high 13 home runs for the Tigers in 2011. Shaffer also earned First-Team All-ACC honors at first base.

The home run derby will also feature three Major League Baseball legends, including Joe Carter and Baseball Hall of Fame member Paul Molitor, who will both serve as honorary hitting coaches for derby participants. In addition, All-Star player Frank Thomas will provide commentary for CBS during the competition.

Tickets for the 2011 TD Ameritrade College Home Run Derby, which will include the 27th-annual Omaha World-Herald fireworks display, are available and may be purchased in person from the Qwest Center Omaha arena box offices, by calling Ticketmaster at (800) 745-3000, or online at CollegeHomeRunDerby.com. A portion of the proceeds from ticket sales will be donated to TD Ameritrade’s three major charitable giving initiatives…Special Olympics, Habitat for Humanity, and United Way.