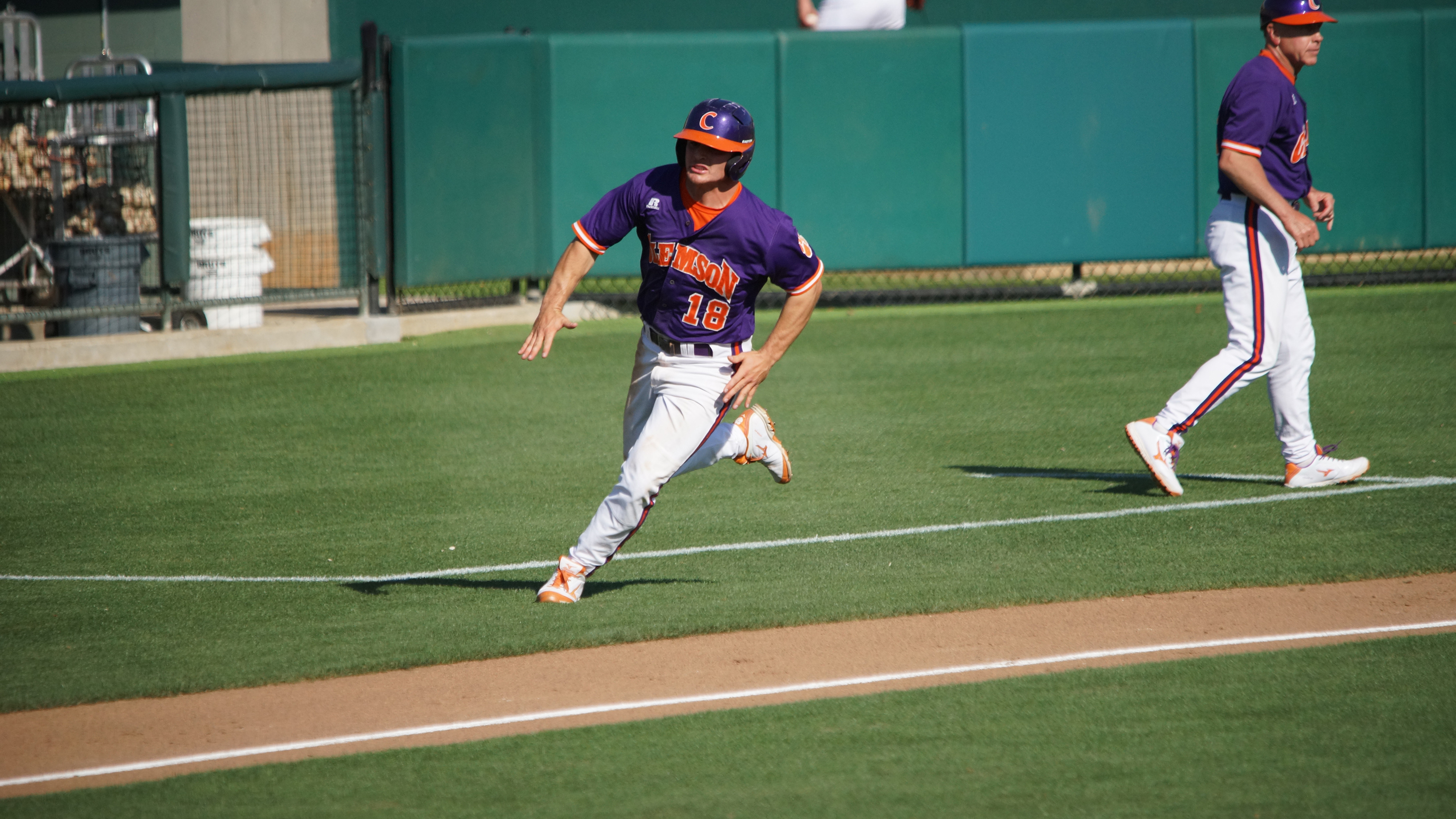 CLEMSON, S.C. – Pinch-hitter Jon McGibbon‘s one-out single in the eighth inning scored Chris Okey to give Clemson the lead for good in its 9-4 come-from-behind win over James Madison at Doug Kingsmore Stadium on Saturday afternoon. The Tigers (27-19) won both games of the two-game series against the Dukes (15-29).

James Madison rallied in the top of the eighth inning to score two runs, both on bases-loaded walks with two outs, to take a 3-2 lead. In the bottom of the eighth inning, Jay Baum grounded a one-out single up the middle to plate Steve Wilkerson and tie the score 3-3, then McGibbon came through with a line-drive single off the glove of second-baseman Conner Brown to give Clemson the lead for good. The Tigers added five more runs in the frame with two outs to cap its seven-run inning.

Reliever Matt Campbell (3-0) earned the win, while starter Matthew Crownover allowed just four hits, two runs and one walk with a career-high-tying nine strikeouts in 7.2 innings pitched. He also retired 15 batters in a row from the second inning to the seventh inning. Trent Cundiff (1-2) suffered the loss.

The Tigers face UNLV in a two-game series at two different sites starting Sunday at 2 p.m. at Fluor Field in Greenville, S.C.