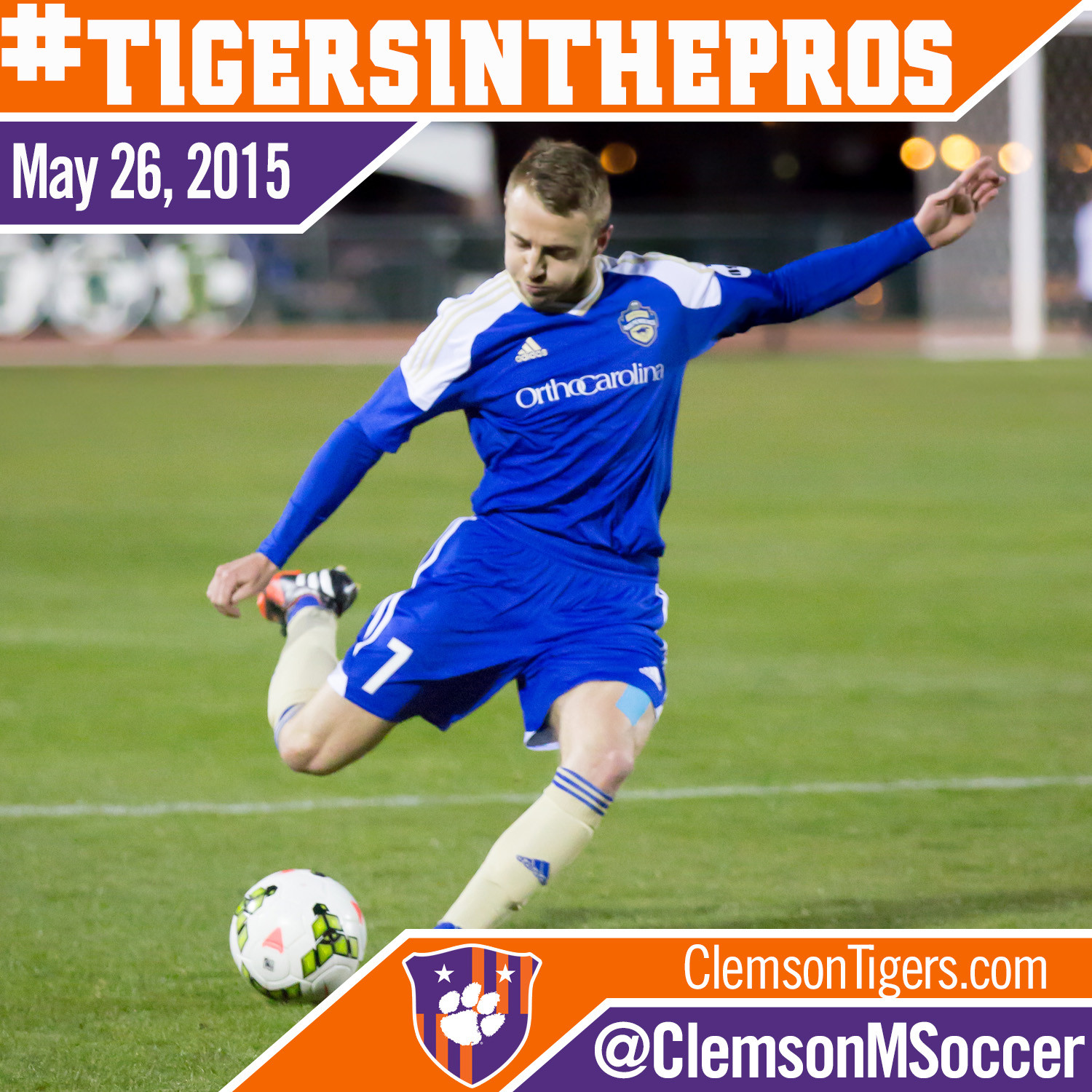 Tommy McNamara, a 2013 Clemson graduate, played a good chunk of minutes Saturday for New York City FC in a 0-2 loss to Real Salt Lake. McNamara subbed on for Khiry Shelton, a former member of the United States U-18 and U-23 National Teams. Miles Joseph, another former Tiger, is an assistant coach with NYCFC this season.

Amadou Dia also had a busy week. Dia, who won the 2014 ACC Tournament Championship with Clemson last season, started and played a full 90 minutes in a pair of games for Sporting KC last week against the Seattle Sounders and New England Revolution.

Nathan Sturgis, another Clemson product, played nearly 40 minutes for the Houston Dynamo last week in a 0-1 loss to the LA Galaxy. Matt Jordan, a fellow Clemson product, is Houston’s technical director this season.

Ian Fuller, another member of Clemson’s professional coaching tree, is an assistant coach with Orlando City of MLS this season.

Phanuel Kavita, one of Clemson’s captains last season, started and played a full 90 minutes along the back line for the Real Monarchs of Real Salt Lake in a 1-2 loss to Whitecaps FC.

Jack Metcalf, a 2013 Clemson graduate, has started three matches for the Charlotte Independence of the United Soccer League (USL) this season. In total, he has appeared in eight of the team’s nine matches.

Austin Savage made his first USL start last weekend for the Charleston Battery, a 1-1 draw vs. the Independence.

Hunter Gilstrap, the starting goalkeeper for the Carolina Railhawks for much of this season, was dressed this weekend in a 1-0 Carolina win on Saturday.