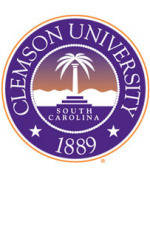 CLEMSON, SC – Seven Clemson programs, including current top 20 golf and women’s tennis programs, recorded over a 3.0 team GPA for the first semester of the 2009-10 academic year, according to academic performance statistics released by Clemson University’s Office of Institutional Research and Planning on Monday. Two-hundred and thirty-nine student-athletes were named to the academic honor roll (at least a 3.0 for the semester), the third highest total on record.

“We are proud of the performance of our student-athletes in the classroom,” said Clemson Athletic Director Dr. Terry Don Phillips. “I would like to compliment Becky Bowman and her staff at Vickery Hall. These results show our coaches continue to make academics a priority. I am pleased with our consistent level of excellence academically.”

Ben Martin, who will play in the Masters golf tournament in two weeks and is a three-time first-team Academic All-ACC team performer, had a 4.0 in the classroom in the first semester.

Five of the seven members of Clemson’s women’s tennis team made the academic honor roll, including Josipa Bek, who is ranked among the top 25 players in the nation. The women’s swimming team posted a 3.0 or better team GPA for the 21st consecutive semester, an all-time record. The women’s soccer team had a 3.20 team GPA, the 18th consecutive semester with at least a 3.0.