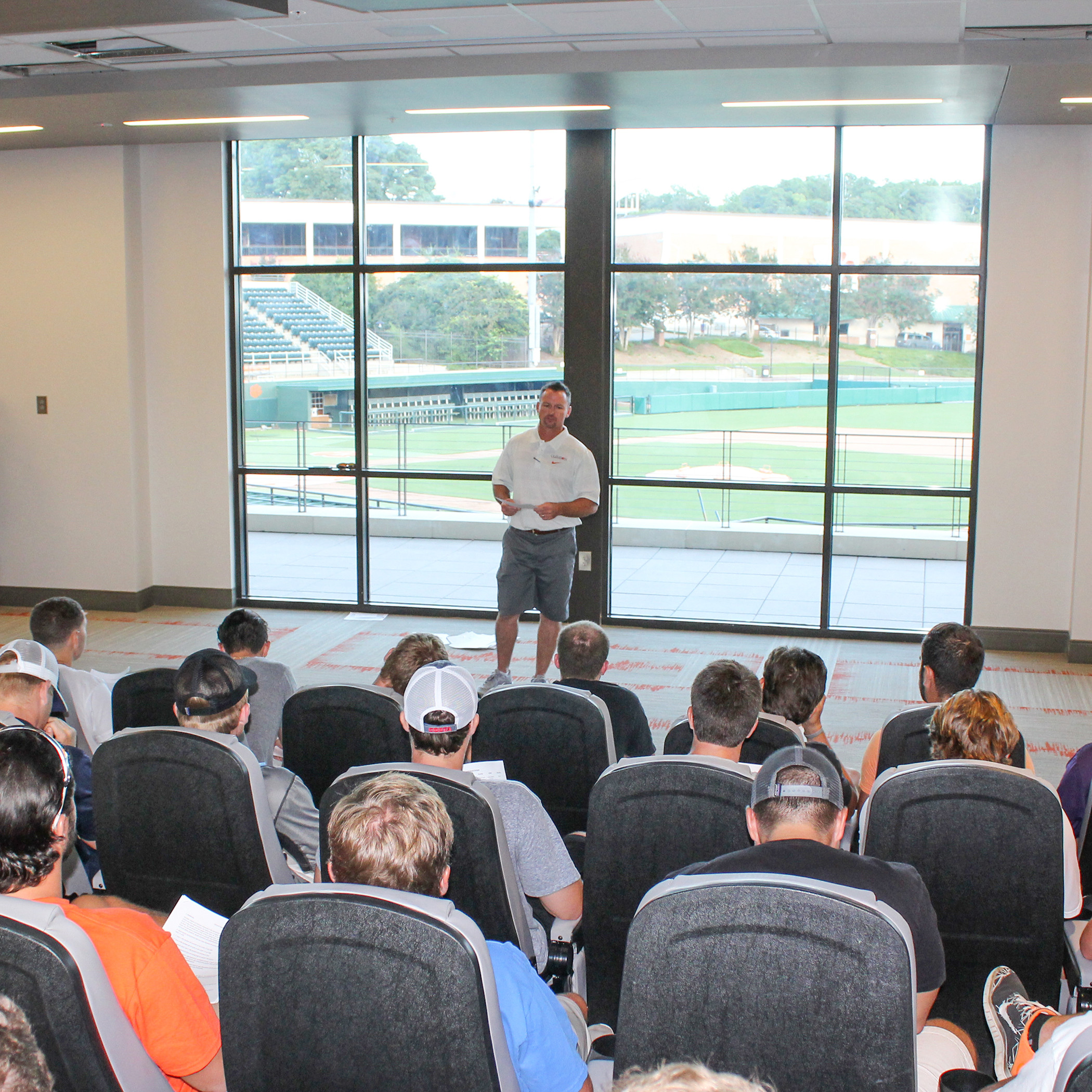 Head coach Monte Lee has been with the Tiger program for just over two months, but Thursday evening felt somewhat like his first day on the job.

That was because he met with all his players, coaches and staff as a group for the first time in the new player facility at Doug Kingsmore Stadium after a long summer. It was the annual meeting that all teams hold when school begins in August.

The brand-new auditorium on the second floor that overlooks the Doug Kingsmore Stadium playing surface was the scene, and Clemson’s brand-new skipper laid down his expectations and goals to his first Tiger team.

“You will set the culture and identity this year,” Lee said during his 90-minute talk with the team. “Total commitment…that’s what I’m asking of you.”

One of the handouts the players received contained the “TIGERS Creed,” which read…

“We will develop toughness through conditioning, practicing and playing with great effort. We will exemplify toughness by playing one pitch at a time, control what we can control and stay in the moment. We will show a high level of integrity in everything we do. We will have a high moral compass in the decisions we make. We will show gratitude by representing our family, our school and our program in a first-class manner. We will strive for excellence in everything we do on and off the field, and be an asset to the Tiger Paw brand. We will be relentless in our pursuit of academic and athletic excellence. We will be selfless and commit to the values and standards of the program with a ‘we over me’ mentality. We are TIGERS.”

Lee also stressed a “get to over have to” mentality, where his players feel proud and appreciative of all the benefits and support student-athletes receive at our great university.

And on the field, Lee stressed the importance of working tirelessly in the fall to prepare for the spring season. Maintaining focus throughout a game was also drilled home.

“Championships are won by teams that can win the last nine outs.”

His passionate message had the attention of all returning and new players, a message that set the tone for the 2016 Clemson Tigers.