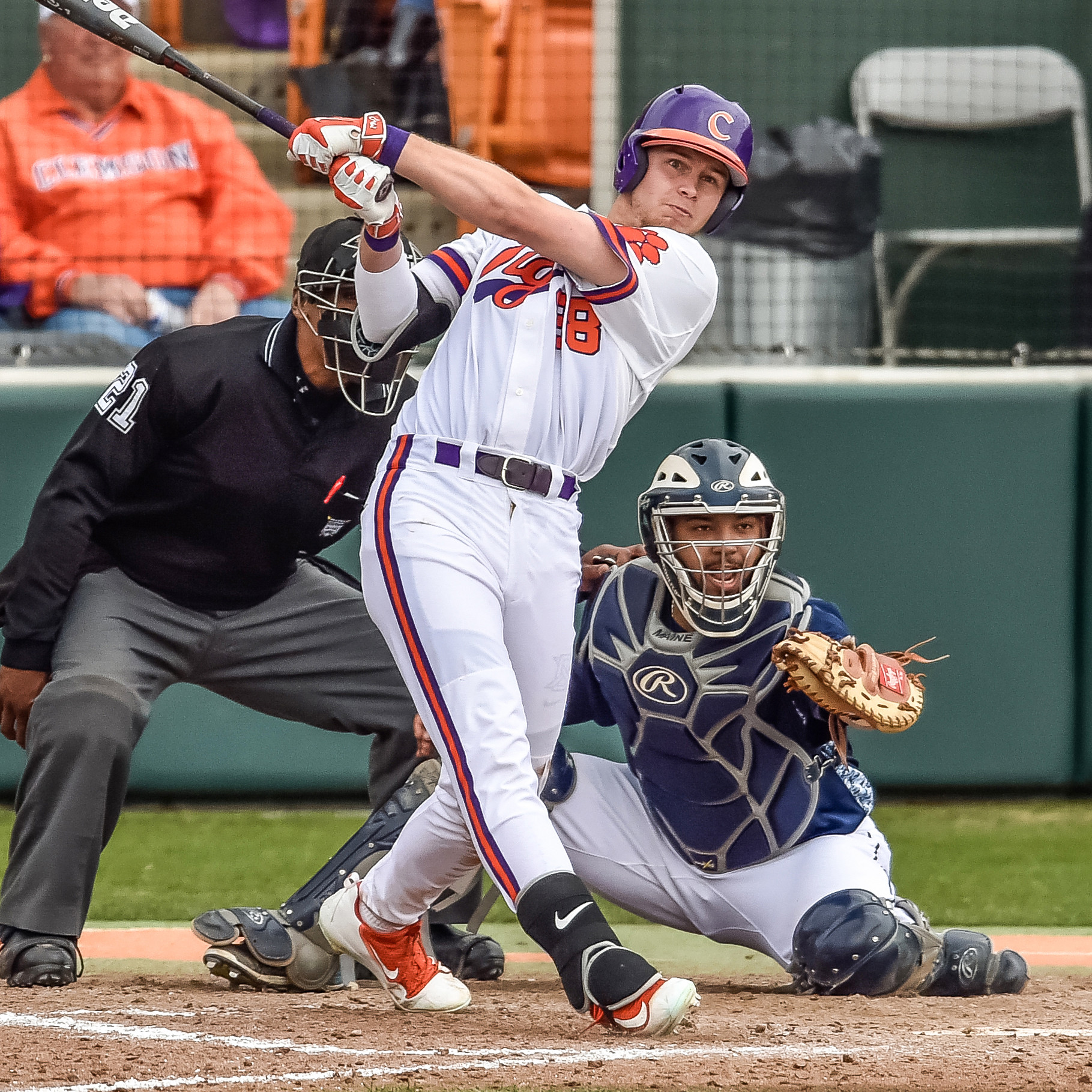 It’s March, which means that the average high school senior is probably counting down the days to graduation, not hitting walkoff home runs for a nationally-ranked college baseball team. But that’s what Seth Beer is doing for Clemson.

Beer, who is supposed to be one of those seniors, decided to forego his last semester of high school in favor of getting a jumpstart on his Clemson career. The now-freshman says that the decision was not an easy one, but that the opportunity to play at Clemson proved to be the right place at the right time.

“I remember coming up here for my visit, and I said, ‘man, I love this place. I want to play baseball for Clemson. I want to put on that jersey every day.’

“Through that whole decision, it was tough. My junior year, I piled on the classes to get that opportunity to graduate early, and to actually see it come true is a dream come true. It was a big family decision. We prayed about it a lot and swayed each way, but at the end of the day, I woke up one morning and said, ‘I want to be a Clemson Tiger and play baseball here.’”

The move has paid off, as Beer is off to a historic start for the Tigers. His .448 batting average through 20 games leads the team, and he tops the entire country with a .940 slugging percentage. He has more home runs (9) than strikeouts (7). He also belted a walkoff homer in the 10th inning of Clemson’s 3-2 win over No. 22 Boston College on Sunday. Head coach Monte Lee says that Beer is unlike any hitter he has ever seen.

“I’ve been coaching for 16 years, and I’ve coached a number of guys who have played in the big leagues, and I’ve never seen anybody hit like that,” said Lee. “Any time anyone says ‘Seth Beer,’ I say he’s the best freshman I’ve ever seen, and he is.

“Every time he goes up to the plate, he’s dangerous. He’s amazing. It’s fun to watch him. I enjoy writing those four letters in the lineup every day.”

Though the freshman continues to gain national attention game by game, Lee says that Beer remains down to earth and team focused.

“He’s an extremely humble kid,” expressed Lee. “He’s a very mature kid. His teammates love him…he’s the ultimate team guy. He’ll tell you that he’s here to try to do everything he can to help our team win. He’s a very selfless player.”

Along those lines, Beer credits his teammates for his success at the plate and emphasizes that any hitter in Clemson’s lineup is capable of the clutch hitting that he has become known for.

“It’s pretty humbling,” said Beer, who has helped Clemson climb as high as No. 12 in the polls with its 17-3 record. “This game is built on failure, and to come out and swing the bat and help my team compete right now when we’re playing really well, it’s a good feeling to be part of a program like this.

“I feel like the pressure is not on my back, because 1-9, all of us can be in that situation. Thinking of it like that, it’s really cool because my teammates are the ones who are helping me succeed at the plate right now. They’re making it really easy for me. I’m having fun out there.”