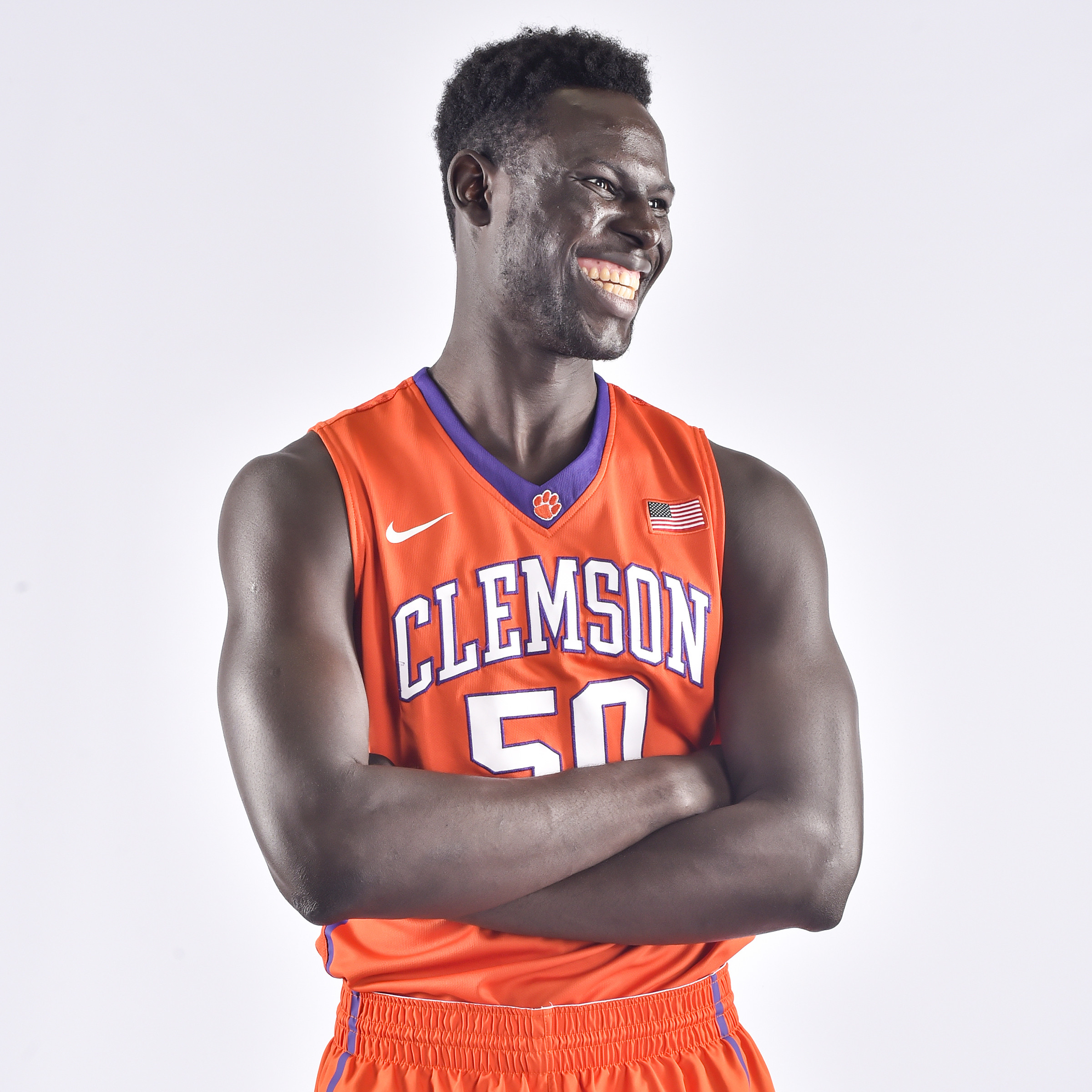 When the majority of his teammates and opponents alike were beginning to hone their basketball skills, Sidy Djitte was playing soccer.

A native of Dakar, Senegal, Djitte noted that soccer is much more popular amongst youths in his home country because of its accessibility, but he said that basketball exposure being limited led to him being able to excel when it was played, and that motivated him to continue with it.

“I started playing basketball because of my neighbors,” said Djitte with his trademark smile. “We moved to a different neighborhood and there were only three houses at first, and one house had three boys and two girls who were all basketball players, so I started playing with them and they taught me. I liked it because no one played basketball at home, so going to school and playing in P.E., I was the best one, and that got me excited and really interested in the sport.”

He still enjoys soccer, “but basketball brought an opportunity that soccer did not bring, and I followed it.”

At first, he was not playing with any intentions of making a career out of the sport.

“In Senegal, I was basically just playing for fun,” remembered Djitte. “Until I was told that I could have a chance to play professionally, I wasn’t taking it very seriously.

“As soon as I came to the United States, it was a different story. I knew I had to play basketball to get a scholarship, so I was much more focused. After playing here for a couple of months, I realized that I can do something with basketball, so that’s where it all started.”

Though Djitte was initially given a chance to go to Sweden to play professional basketball, having an education to go along with greater basketball experience was important to his family. The United States provided opportunities in both areas, and Djitte soon found himself spending the final two seasons of his high school career at a private school in Fayetteville, N.C.

He also found himself at the center of an intense recruiting battle coming out of high school, and he ultimately chose Clemson over Memphis and Cincinnati with the guidance of his host family and high school coaches.

“At that time, I didn’t know much about the United States, so I had to go based on what my host family and coaches told me. They told me that Clemson had a good reputation and it would be a good fit. They told me I would be fine here and they have a good program here, so I trusted them.”

Going into his senior season as a Tiger, he is very happy with his decision to come to Clemson, and he believes he has matured both as a person and player with the help of his coaches and teammates like Landry Nnoko, with whom Djitte shares a special connection.

“Landry was a big help because I see him as someone who, even though he didn’t come from the same country, came the same way, and we had the same purpose coming here. We both left our family behind at home to come here and try to make a life for ourselves out of basketball. Seeing him play ahead of me kept me motivated. He motivated me and I motivated him. Seeing him succeed gave me a lot of confidence that I can do it, too.”

With Nnoko having graduated in May, Djitte is excited to have the chance to step into a more consistent role, especially after totaling career highs in points, rebounds, blocks, steals, field-goal percentage and free-throw percentage during his junior campaign. After posting those numbers, he earned the team’s Tom Lynch Most Improved award last season, and he credited his coaches for aiding his growth.

“Focusing on the details,” said Djitte on how he improved. “It’s a process. I know I’m way behind everyone because they were playing basketball when I was playing soccer. All I can do is work out and focus on what I’m doing. With the help of the coaches, I was able to improve little by little, and that work showed last year. Hopefully, it’s going to keep showing up this year, too.”

Djitte also said that head coach Brad Brownell has already encouraged him to be more of a vocal and energetic leader on the floor this season, and the center hopes that his leadership can ultimately help deliver a postseason trip to the “Big Dance.”

“My goal is to get this team to the NCAA Tournament,” stated Djitte. “That’s the biggest thing. We’ve been talking about it since I got to Clemson. This year, I believe we have the pieces needed to do it. I won’t say we didn’t have the pieces before, but I think this is the year. This is the time. I’m really excited about that.”

Regardless, Djitte is proud of the strides he has made since arriving at Clemson, and he believes that he is representing his family and community back in Senegal well.

“I think I’m making my family proud with what I’m doing. They are very happy. That’s what motivates me going forward. None of my family ever got this far. Not just my family, but even my community…they have high expectations. That is something that pushes me.”

He is also grateful to Clemson for giving him the opportunity to play basketball in one of the top college basketball conferences in the country, something he never would have dreamed of growing up playing soccer in Senegal.

“I’ve learned a lot,” reflected Djitte when thinking back on his Clemson experience. “I’ve been very fortunate to get this far playing at this level. I haven’t played the game for that long, so Clemson has given me the chance to level up and play against the best every night and to compete every day. That has really helped me to grow up as a player. We have a great coaching staff that has supported us, not only on the court, but off the court as well. Clemson makes it very easy for us to be successful.

“I’m happy with where I’m at right now, and I’m hoping for the best this year.”