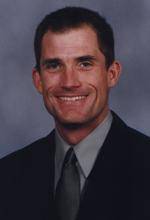 CLEMSON, SC – Clemson swimming and diving head coach Christopher Ip has announced the addition of Sean Weddell to the staff. Weddell, who comes to Clemson from the University of Akron, will head up the Tigers’ recruiting efforts. Weddell was an All-American swimmer under Ip at Indian River Community College from 1988-1990.

“I am very excited to have Sean on board,” said Ip. “Having been at Akron, he has experience at the Division I level. His main strength lies in his recruiting skills, and that will be his main responsibility. I feel we share a common thread and our coaching philosophies are very similar.”

Weddell was an assistant women’s coach at Akron last season and the team had one of the top 10 GPAs in the country. He co-coached 19 Akron swimmers to their lifetime best at the Mid-American Conference championship meet and helped Akron break 17 records during the 2001-2002 season. Prior to Akron, Weddell spent two years as an assistant coach at Southern Illinois where he co-coached five swimmers to a top-30 national ranking and helped lead SIU to an undefeated dual meet season in 2000-2001.

“I am extremely grateful to be at Clemson,” said Weddell. “I have a lot of personal friends who swam at Clemson and I am very excited to be here. Moving from the MAC to the ACC is a big jump up. I’ve known Coach Ip ever since Indian River and we have been in contact over the last 15 years. It is great to rejoin him here at Clemson.”