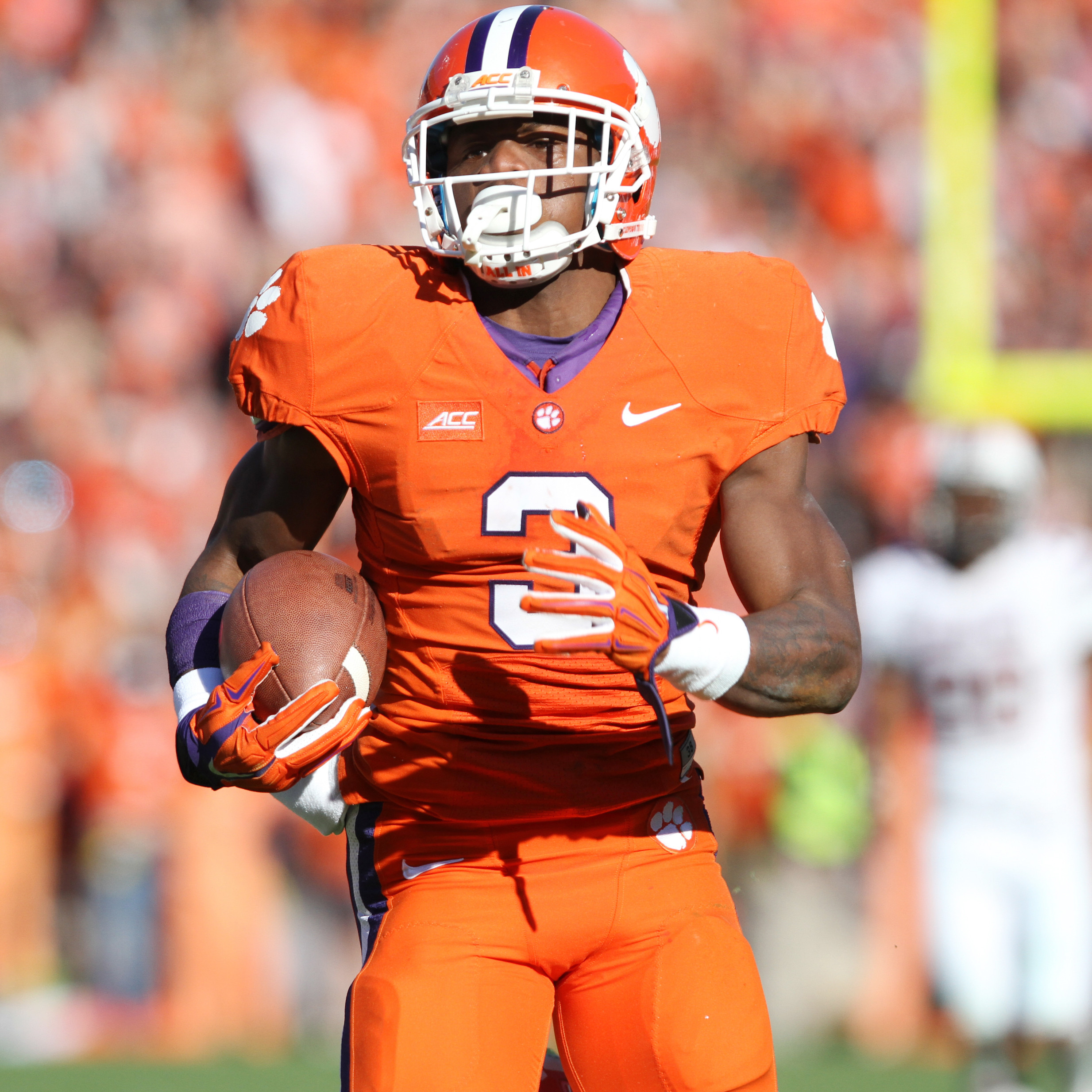 After breaking school records and recording several highlight moments in his first season at Clemson, receiver Artavis Scott was rewarded by being named one of the top freshmen players in 2014 by Sports Illustrated:

“Scott ranked fifth in the ACC with 965 receiving yards and second in the conference with eight receiving touchdowns. His 76 receptions are the second-highest total by a freshman in Clemson history (Sammy Watkins had 82 in 2011). Scott also played a big part in the Clemson’s cathartic 35-17 win over South Carolina on Nov. 29, catching seven passes for a season-high 185 yards and two touchdowns to help the Tigers snap a five-game losing streak in the Palmetto State rivalry. When Watson returns next season after undergoing knee surgery in December, he and Scott should form one of the top quarterback-receiver tandems in the ACC.”

Scott quickly became one of the Tigers’ most dynamic threats on offense, demonstrating an ability to score from anywhere on the field thanks to his blazing speed and athletic ability. Looks like ESPN analyst Jon Gruden was on to something about those Clemson receivers.