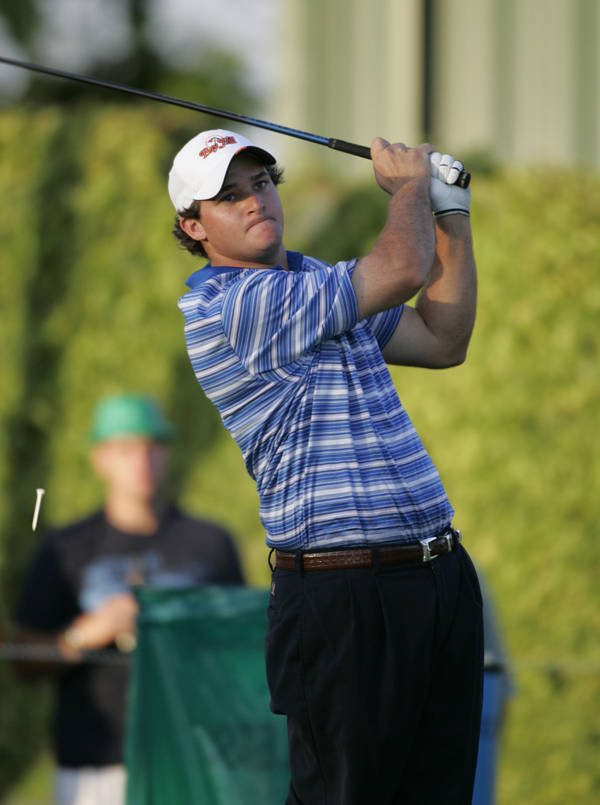 Clemson, S.C. Former Clemson golfer Sam Saunders is on his way to the PGA Tour after finishing in a tie for seventh at the Web.com Tour Championship at TPC Sawgrass in Ponte Vedra Beach, Fla on September 21. It was his fourth consecutive top 16 finishes in the four event playoff for the Web.com Tour. Eight of his 16 rounds during the tour playoffs were in the 60s. The 27-year-old grandson of golf legend Arnold Palmer left Clemson after his junior year in 2009 to chase his dreams of writing his own legacy on the PGA Tour, and has been on the Web.com Tour ever since. In 2014, his results saw a drastic improvement with only six missed cuts in 22 events and eight finishes inside the top 25.  He won over $200,000 for the year and finished 21st on the money list.  He had five top 10 finishes and a scoring average under 70.0.   While at Clemson, the 2007-08 season proved to be the best for Saunders. The team finished fifth in the country that year, and was comprised of two other current PGA Tour players in Ben Martin and Kyle Stanley. Saunders finished second on the team to Stanley in stroke average at 73.42, and recorded two top-10s in 11 events.  The road to the PGA Tour has been a long once since leaving Tiger Town, but with a final-round 3-under 67 on Sunday, Saunders secured one of 50 PGA Tour cards up for grabs, making him a fully exempt member of the PGA Tour next season.  Clemson will have three fully exempt players on the PGA Tour in 2014-15.  Ben Martin finished 76th in the FedEx Cup Standings and won $1,482,836, 70th on the PGA Tour money list.    Lucas Glover also will be exempt in 2014-15.  The US Open champion of 2009 received a five-year exemption for winning that event, then earned a sixth year by winning the Wells Fargo Tournament in Charlotte during his exempt status. Former Tigers Jonathan Byrd and Kyle Stanley will have some provisional status as past tournament champions.