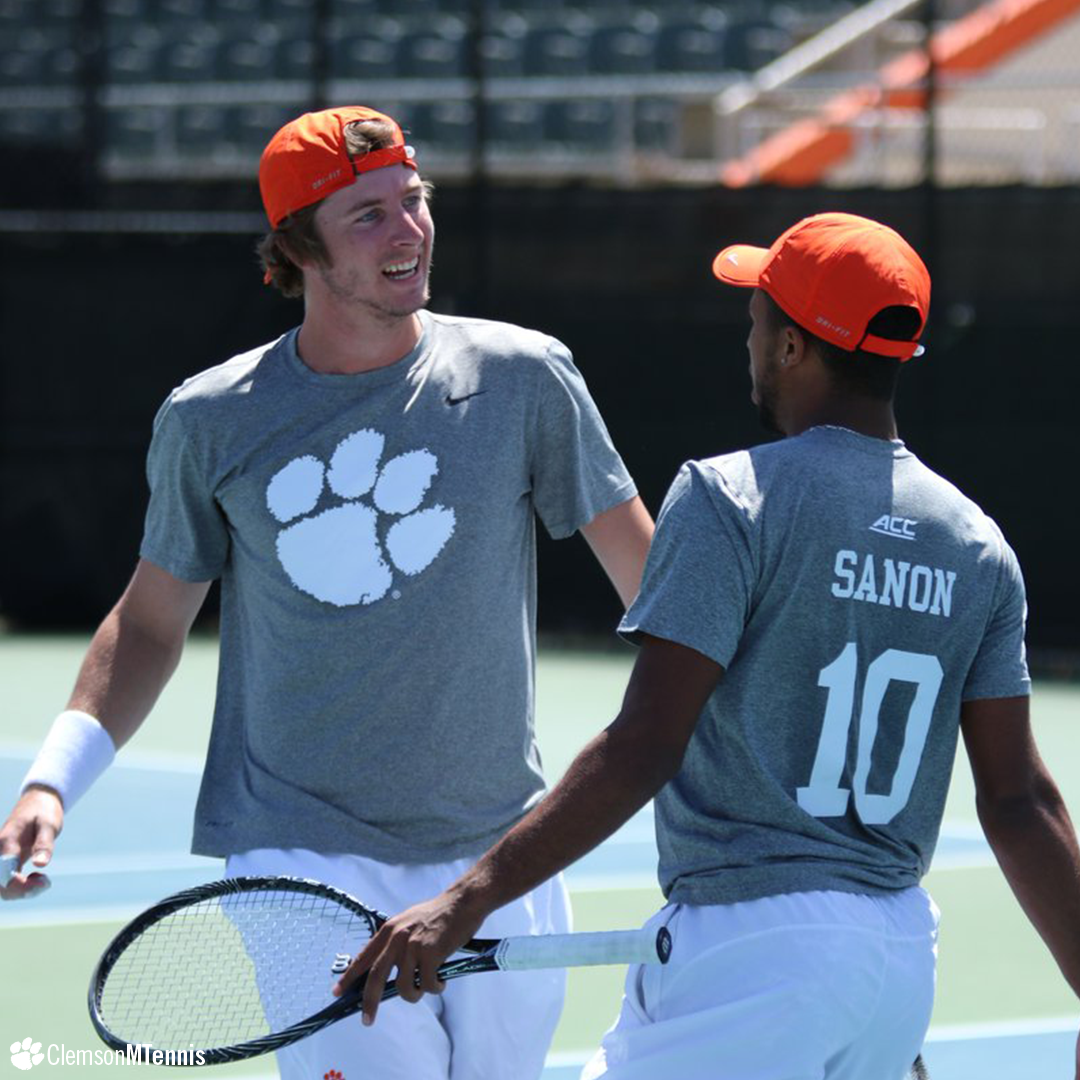 CLEMSON, S.C. – For the third time this season, the duo of Daffra Sanon and Sam Edwards have defeated a nationally ranked opponent. Their valiant effort in doubles was not enough to push the Tigers past the Blue Devils on Sunday afternoon. Duke defeated the Tigers 5-2 and Clemson falls to 8-13 (1-8 ACC), while No. 43 Duke improves to 12-8 (5-4 ACC).

In another hard-fought doubles point, the Tigers came up just short. After Duke had taken court three, the dynamic duo of Daffra Sanon and Sam Edwards defeated their second nationally ranked opponent of the weekend and third of the season. This time they beat the 81st ranked team, 6-4. The doubles point would then be decided on court two where Alex Favrot and Robert Dudley forced a tiebreaker before Duke clinched the doubles point, 7-6(5).

Clemson returns to the courts on Friday, April 14 against Louisville at 5 p.m. for senior day. The Tigers are going to be honoring six seniors prior to the match.