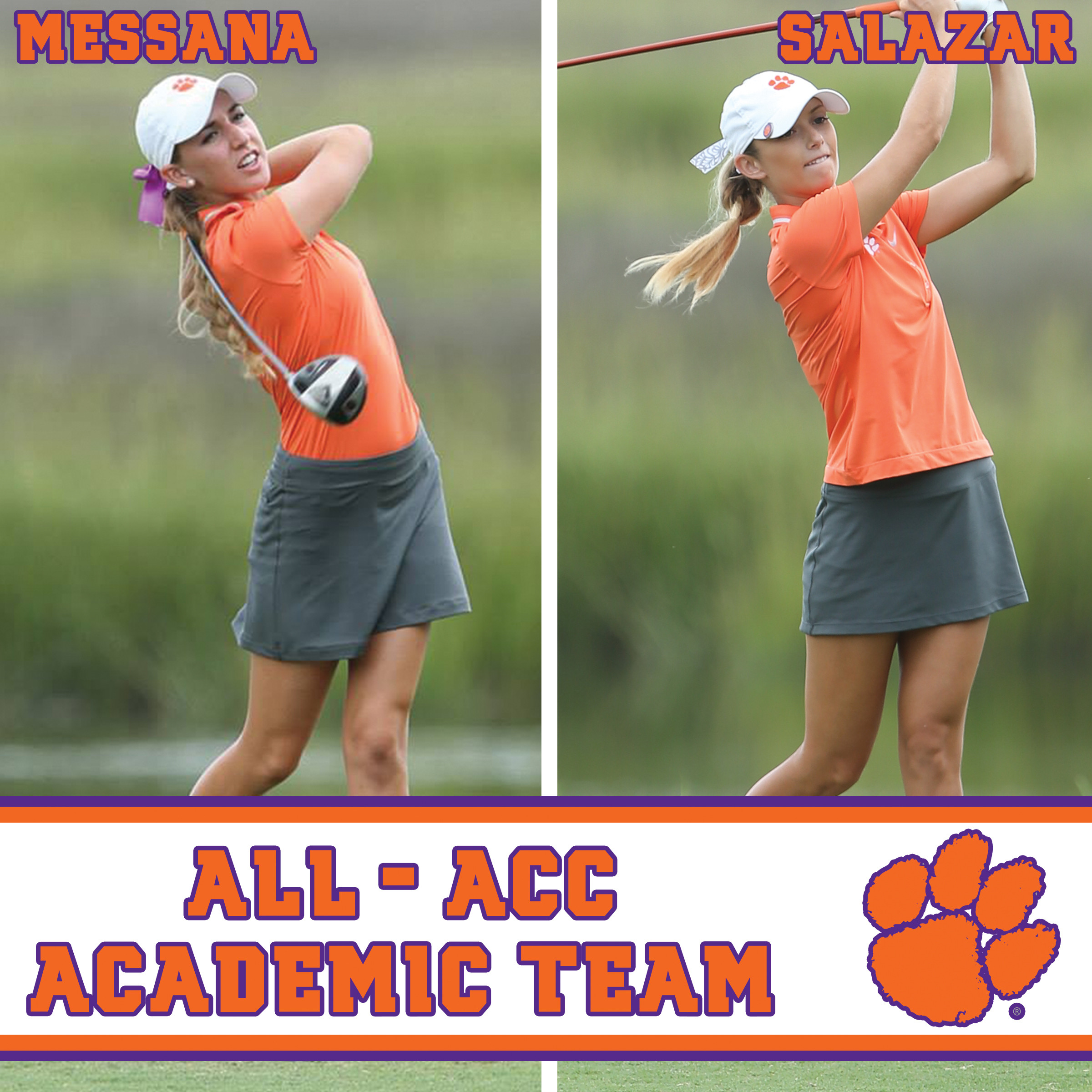 CLEMSON, S.C.—Lauren Salazar and Marisa Messana were named to the 2015 Academic All-ACC Team on Thursday.  It is the second year in a row that Salazar, a sophomore, has been named and IS the first selection for Messana, who just completed her freshman year.

To qualify, a student-athlete must earn a 3.00 GPA for the previous semester and have a career GPA of at least 3.0.

Salazar, a marketing major, had a team best 75.89 stroke average this year and led the team in rounds at par or better.  She finished her season with a 29th place ranking at the ACC Tournament in Greensboro.

Messana had a 76.33 stroke average for the year, third best on the team. She finished the year strong with a team best 219 score at the ACC Tournament, tied for 21st in the field. She defeated 16 of the other members of the All-Academic team at the ACC Tournament, including three who made first-team All-ACC on the course.