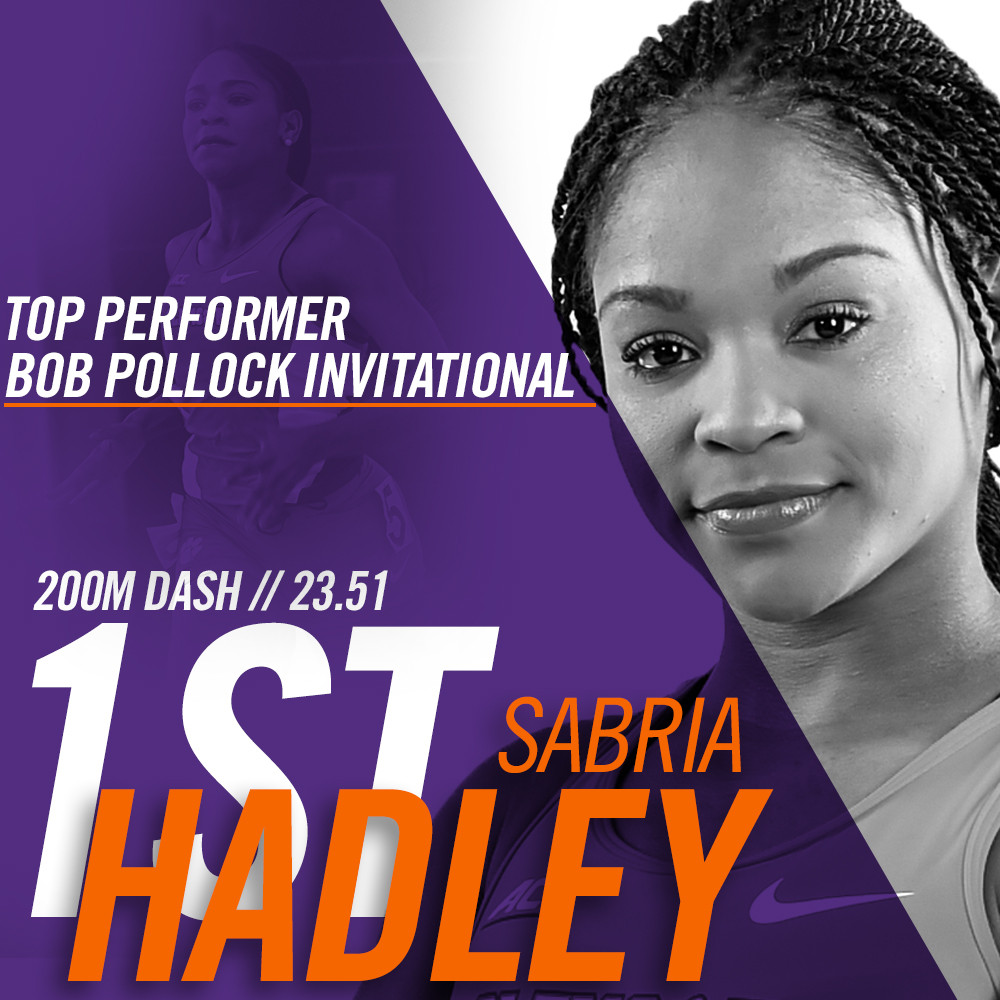 CLEMSON, S.C. – The Tigers concluded another successful weekend at the Clemson Indoor Track & Field Complex on Saturday afternoon with the final day of the Bob Pollock Invitational. Six facility records were set over the course of the two day meet, raising the count to a total of 12 facility records broken this season on the newly renovated indoor track.

After running her best 60 meter dash time of the season, Sabria Hadley cruised to a first place finish in the 200 meter dash with a time of 23.51. The time is good enough for the sixth fastest 200m performance in the nation this season.

Grace Barnett led the way in the 800 meter run, clocking in at 2:09.57 to take second overall with Imani McGowan not far behind in fourth place at 2:10.21. McGowan’s time is the fastest she has run the event during indoor competition.

The men were off to a hot start thanks to Jeffrey Green and Deron Gordon in the 600 meter run as they took first and sixth place respectively. Green clocked in at 1:18.95 while Gordon crossed the finish line at 1:22.23. Freshman, Trevious Frazier ran a personal best in the 200 meter dash when he completed the event in 21.59 to take eighth place.

Both, the men and the women, found success in the 4×400 meter relay as they each took second place in the event. Olivia James, Markeeta Thomas, Ersula Farrow and Lakeisha Warner combined for a time of 3:39.63 while Michael Cheeks, Terrell Jackson, Cordell Lamb and Green ran the relay in 3:08.82. The men’s time is currently the eighth fastest time in the nation.

Clemson’s next test awaits in College Station, Texas as the Tigers will head to the site of the 2017 NCAA Indoor Track and Field Championships for the Charlie Thomas Invitational. Texas A&M will host the Tigers among others for the two-day competition beginning on February 3.