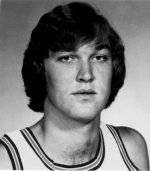 CLEMSON, SC – Former Clemson basketball player Bill Ross died Monday in an automobile accident in the state of Florida. A four-year letterman under Head Coach Bill Foster from 1978-82, Ross was 52 at the time of his death.

Ross was the only person who died in the five-car accident that took place at around 8 AM in Sebring, FL. Ross was stopped at a red light when he was hit from behind by another car. He was wearing a seat belt and was on his way to work at Progress Energy, the company he had worked for the last 20 years.

Ross, a 1982 Clemson graduate, was a part of the first senior class in school history to play in four postseason tournaments, including the 1979-80 team that reached the Elite Eight of the NCAA Tournament, the only time a Clemson team has been one game away from the Final Four. Ross played in 106 games in his career, 29 as a starter. He scored 513 points, had 303 rebounds and shot 49 percent from the field, including 53 percent as a senior in the 1981-82 season.

A native of Lake Placid, FL, Ross averaged 5.4 points per game as a freshman in 1978-79. He was named the ACC Rookie of the Week for his play in the 1978 Sun Bowl Carnival, a tournament Clemson won with triumphs over UTEP and Texas Tech.

Ross had the most significant game of his career in a landmark Clemson victory on December 29, 1980 against Indiana. Playing in the Rainbow Classic in front of a sellout crowd in Honolulu, Hawaii, Ross made his first start of the season and led the Tigers in scoring with 13 points on 6-10 shooting in the Tigers 58-57 victory over the number-15 ranked Hoosiers.

Bobby Knight’s team led by Isaiah Thomas went on to win the national championship that year and it is still the only time a Clemson basketball team has beaten the eventual national champion. Ross went up against Indiana frontcourt stars Landon Turner and Ray Tolbert that night and keyed the victory. His 19-foot jumper with 49 seconds left cut the Hoosiers lead to one. Forty seconds later Chris Dodds hit what proved to be the game winner.

Ross averaged 5.6 points a game as a senior in 1981-82. He played an even 400 minutes as a top reserve in 27 games. He saved his best performance for his Senior Day game, as he scored a career high 19 points on 8-9 shooting in a win over Maryland-Eastern Shore.

Ross is survived by his wife, Joanie, and son, Dylan.