CLEMSON, S.C. – The Clemson Track and Field program announced the signing of Virginia Tech transfer Cameron Rose to its men’s team early on Tuesday morning. Rose will arrive in Clemson following one full season of competition in Blacksburg which saw him etch his name into the Hokies’ record book across seven events. Cameron is the son of Anthony Rose, who played as a defensive back on Clemson’s 1981 Football National Championship team. 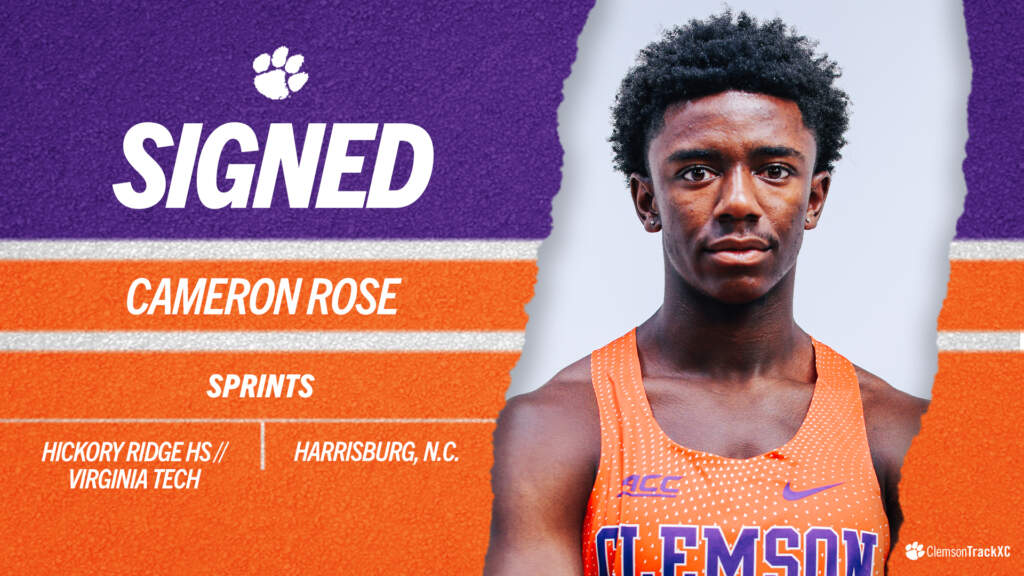