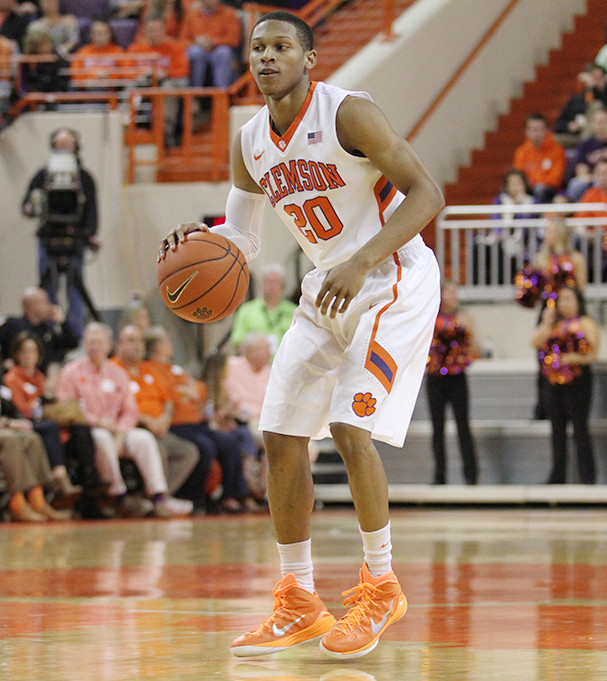 CLEMSON, S.C. — Jordan Roper was named to the 2015 All-ACC Academic Men’s Basketball team, announced Thursday by the conference office. The selection was the second of Roper’s career, as he earned the honor as a freshman in 2013 as well.

Roper carries a strong grade-point average as a parks, recreation & tourism management major. The junior from Columbia, S.C., is second on Clemson’s team in assists, third in three-point goals and sixth in scoring. Roper carries a 6.6 points per game average into the regular season finale at Notre Dame.

Roper has played a big role in Clemson’s eight ACC wins this season. In wins at NC State and home against Boston College, he averaged 21 points per game and as a result of his efforts, earned ACC Co-Player of the Week honors. Roper scored a career-high 24 and made six three-pointers on Valentine’s Day in a win over Boston College as well.