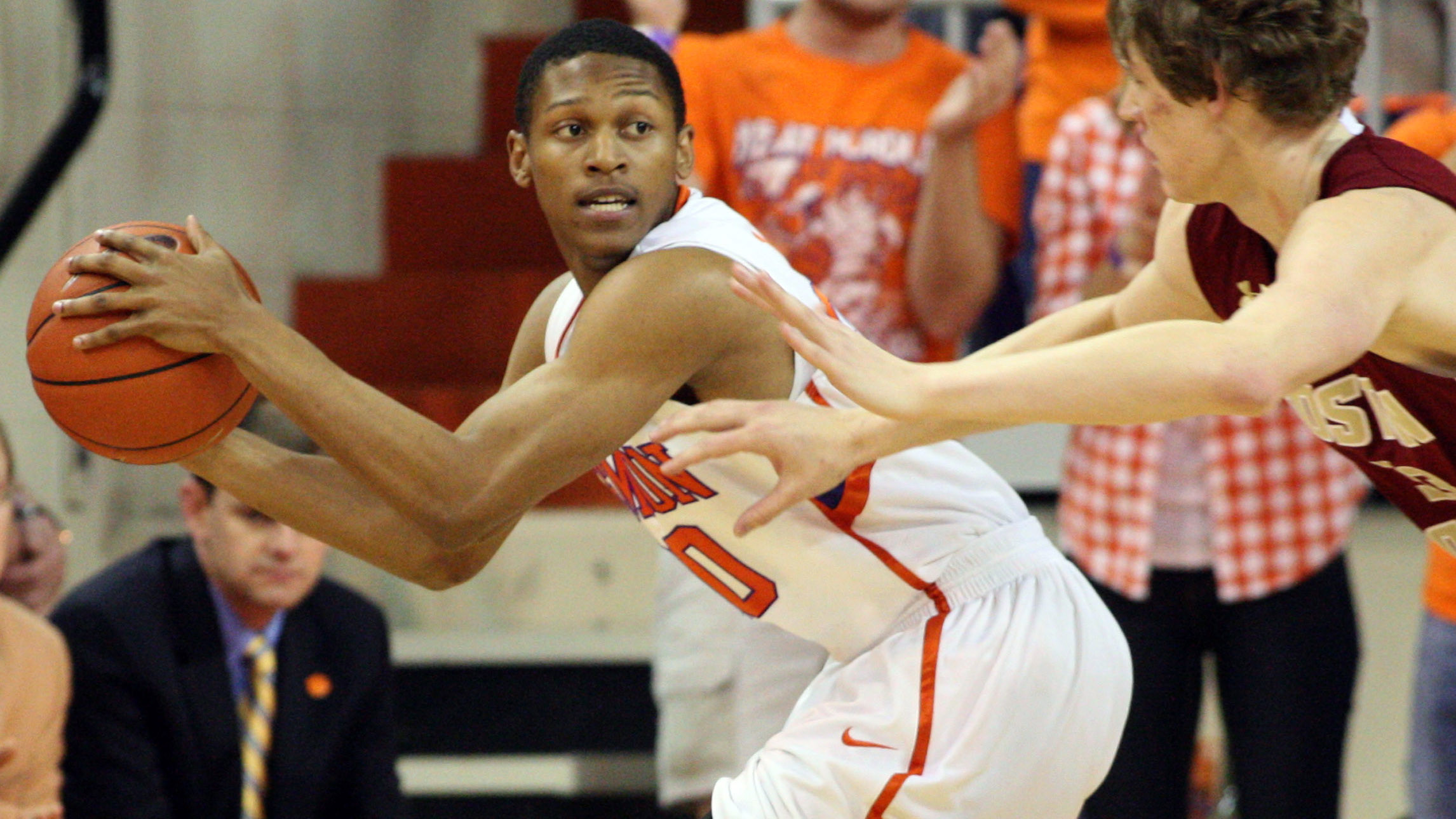 CLEMSON, SC – Clemson freshman Jordan Roper was one of 14 players named to the All-ACC Academic Team on Thursday by Commissioner John Swofford. With Roper’s selection, Clemson has now had at least one All-ACC Academic Team member 11 consecutive years. Last season, the Tigers had four members on the team.To be eligible for consideration, a student-athlete must have earned a 3.00 grade-point average for the previous semester and maintained a 3.00 cumulative average during his academic career. Roper is a parks, recreation & tourism management major.Roper is the fourth Tiger freshman to be named All-ACC Academic in the last five years. The 5-foot-11 guard out of Columbia, SC is fourth on this year’s team with an average of 7.4 points per game. He is second on the team with 36 three-pointers and first in accuracy with a .400 figure. He also is tied for the team lead in steals with 31. Roper’s two biggest scoring games have come in ACC play, with 19 against Miami on Feb. 17 and 17 versus NC State on Feb. 10.The rest of the team is made up of Raphael Akpejiori (Miami), Logan Aronhault (Maryland), Christian Beyer (Virginia Tech), Chris Bolden (Georgia Tech), Tyler Cavanaugh (Wake Forest), Jarell Eddie (Virginia Tech), Marcus Georges-Hunt (Georgia Tech), Amile Jefferson (Duke), Ryan Kelly (Duke), Marcus Paige (North Carolina), Mason Plumlee (Duke), Joe Rahon (Boston College) and Rasheed Sulaimon (Duke).