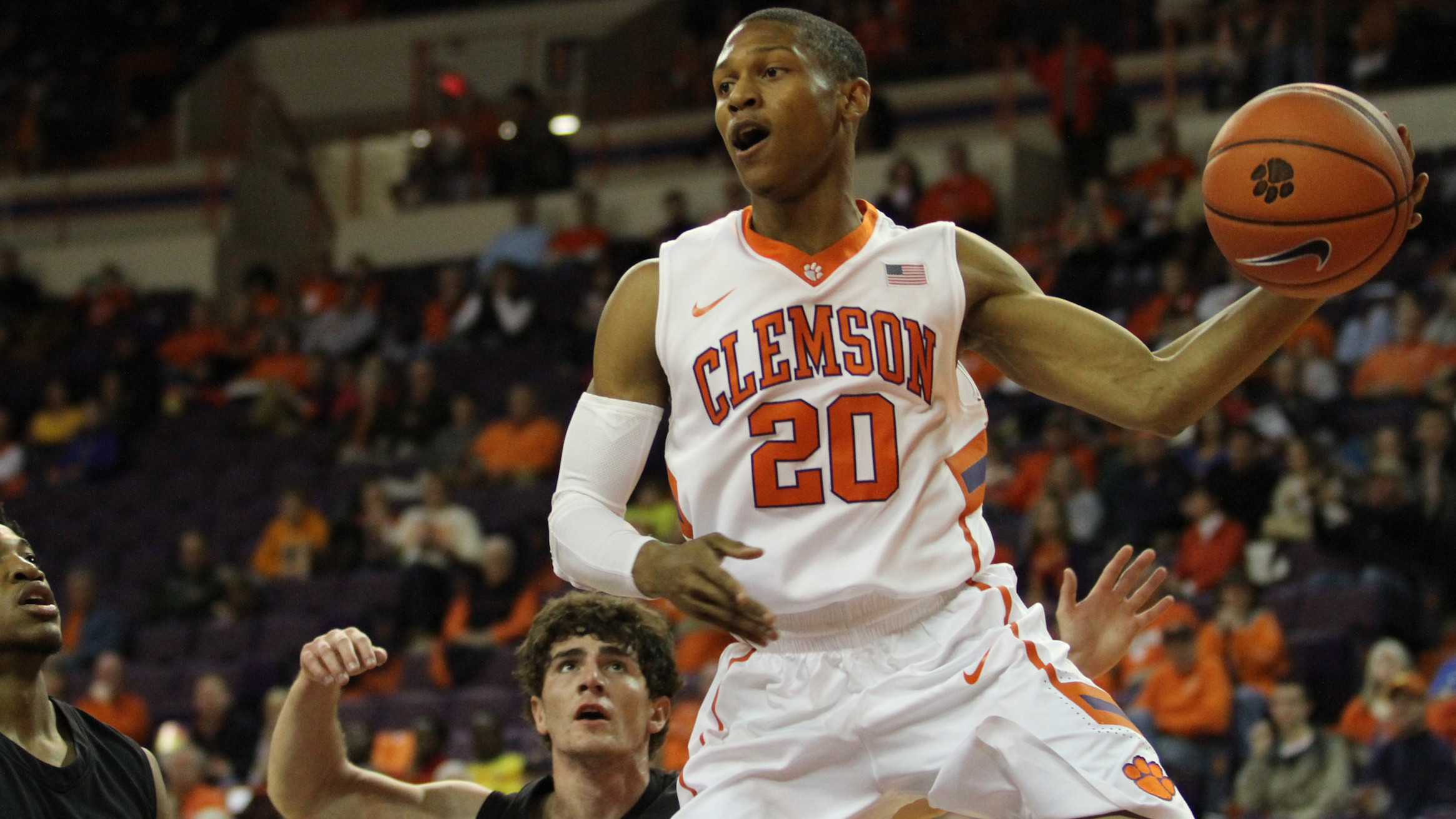 Roper Keys Second Half Spurt as Tigers Down VMI, 80-50

CLEMSON, SC – Up four with just 11 minutes to play, Clemson outscored VMI 32-6 the rest of the way in an 80-50 win over the Keydets at Littlejohn Coliseum on Monday. The Tigers finished the non-conference portion of the regular season with a 9-3 record. VMI dropped to 6-6 with the loss.

Jordan Roper, who helped key the second half spurt for Clemson, led the Tigers with 19 points, matching his career-high. Four players reached double figures for Brad Brownell‘s team, including Rod Hall (14), Landry Nnoko (11) and Adonis Filer (10). Clemson held one of the most prolific scoring offenses 39.5 points below its season average entering Monday’s tilt. VMI’s previous low had been 67 points in a loss to William & Mary.

K.J. McDaniels, Clemson’s leading scorer, was held to seven points Monday. He did not start the game due to a coach’s decision, and played only 22 minutes due to frequent foul trouble.

VMI charged ahead 16-9 at the 12:25 mark after the Keydets broke the ice from long distance on a top of the key trifecta by QJ Peterson. The dynamic scoring freshman then grabbed an offensive carom moments later and put his team up eight at 19-11 on a second straight long ball. Filer answered with a wing three of his own to cut the deficit to 19-14 at the under-12 media timeout.

Down 21-14, Clemson registered a 9-0 run that included six points by Roper. The run stretched to 13-4 when Hall buried an 18-footer from the wing. Hall gave the Tigers a three-point edge on a driving layup through contact to push the advantage to 30-27. VMI executed a perfect alley-oop to D.J. Covington after the free throw. Covington scored a game-high 20 points for VMI.

Roper gave Clemson a five-point lead early in the second half after a mid-range jumper and subsequent layup made it 40-35 in favor of the Tigers. Filer and Roper added threes moments later and suddenly Clemson had its biggest edge at 46-36.

VMI closed to within four at 48-44, but Clemson opened its biggest cushion on a 9-0 run when McDaniels followed a Filer miss with a one-handed jam inside the final nine minutes of the game. Filer helped close the deal with some nifty assist work in the final minutes, as he connected with Nnoko and Josh Smith to provide the final 30-point margin. The Tigers held VMI to just six points over the final 12:28 of game clock.

The Tigers open ACC play this weekend at Boston College. The Tigers and Eagles will meet at Conte Forum at 4 p.m.