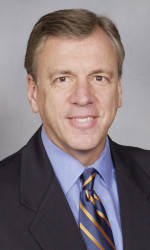 CLEMSON, SC – Ron Bradley, Clemson’s associate head coach for men’s basketball, will be inducted into the 2009 class for the New England Basketball Hall of Fame. The Institute for International Sport selection committee made the announcement earlier this month. The induction ceremony will take place at the Mohegan Sun in Uncasville, CT on Friday, Oct. 9.

Bradley was an outstanding player at the NAIA level for Eastern Nazarene College in his hometown of Quincy, MA. He scored 2,649 points in his career, an average of 24.8 points per game. He was a three-time NAIA honorable mention All-American. Bradley ranked sixth in the nation in scoring as a sophomore and 15th as a junior.

He was selected by the New York Nets in the American Basketball Association (ABA) draft in 1972 as a junior eligible. He played semi-professional basketball for three seasons before beginning his coaching career in 1976-77 with his alma mater.

Bradley has over 30 years of coaching experience and is in his seventh year as the top assistant on Oliver Purnell’s staff. With Bradley on board, the Tigers have put together six straight postseason appearances and advanced to the NCAA Tournament each of the last two seasons. Clemson has also improved its winning percentage each of the last five seasons. He was named one of the top 10 assistant coaches in the nation in 2008-09 by Basketball Scoop.